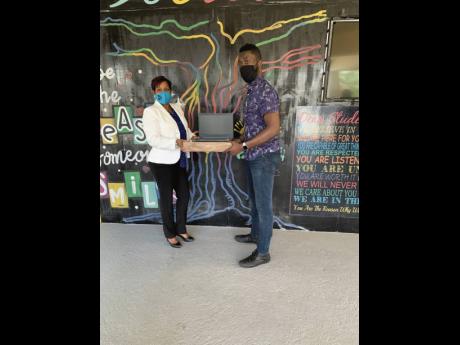 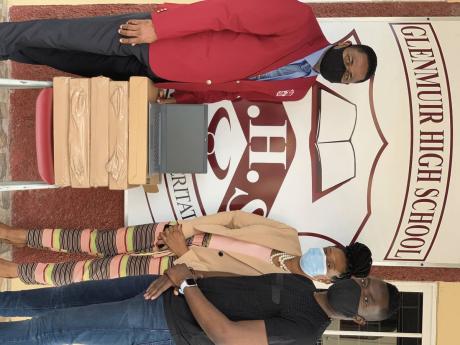 The Douglas and Friends Foundation Inc (DFF) has been applying the 80/20 rule in targeting students for assistance, who, through sheer will, overcome the extremes of poverty and are somehow still able to maintain academic excellence.

To that end, founder of DFF, Shameer Douglas, says the foundation has been able to partner with educational professionals in several schools in Jamaica that are able to identify students based on their needs, and help get them the necessary support.

Members of the Virginia, United States-based group were recently in Jamaica and donated five laptops to students at Glenmuir High School and 10 to Denbigh High School students.

Commenting on the outreach which is now over five years old, Douglas said, in the beginning, there was no DFF (friends of the foundation), but just himself and his wife.

“We donated directly from our pockets and, over the five years, kept donating the funds necessary to support about 12 students, paying for items such as uniforms, books, tuition, and exam fees,” he said, adding that they were also integral in providing additional financial support for several students to attend the United Nations in New York City.

Douglas said what they were doing started to inspire friends of theirs who decided they wanted to help. They did so by directly sending monetary contributions.

“However, as time went on, it was clear that, to further help students, we needed to create a formal entity, and this is where the foundation was started,” he shared.

The timing could not have been worse as, by the time it was formalised, the COVID-19 pandemic was “turning the world upside down”.

It meant also changing the focus on how they would contribute. “Our intent was to provide direct financial support. However, in the era of students doing online learning, we identified that the most significant gap was technological and, to that end, we started a laptop drive,” he said.

Douglas added that while the end goal was achieved, it was a painful journey getting the laptops into the students’ hands.

“Prior to procuring the laptops, we were in communication with several school personnel, with the intent to better understand how we could get the computers into the country without paying exorbitant fees and taxes. It turns out there is a process via the National Education Trust (NET), but there was no clear understanding of what steps to take,” he pointed out.

He said, after contacting NET, they indicated that someone from the school should reach out to them, but upon doing so, school staff were told that the donors (DFF) should reach out.

Douglas said, after several months, they decided to just ship the computers and let the chips fall where they may.

Fortunately for them, someone at the shipping company assisted by contacting the right person at NET, and they got the necessary waiver on the taxes.

Looking ahead, Douglas said there are lessons they have learnt along the way and it is that no man is an island and that, on the little island of Jamaica, there are students from all walks of life who just need a helping hand.

“We often see where scholarships and the like go to those who can [afford to] write the best essay or know the right people. However, if you don’t have electricity at home, or otherwise struggle to procure the most basic of needs, chances are you don’t even have the time to avail yourself of these opportunities,” he shared, adding that that is where DFF comes in.