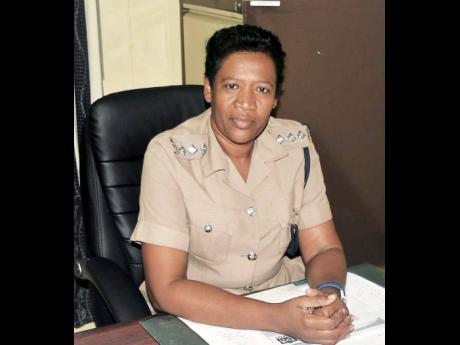 WESTERN BUREAU: There are concerns that Hanover, which was once widely considered the safest parish in the island, is now moving to the opposite end of the spectrum, with massive percentage increases in major crimes and a major rise in COVID-19...

There are concerns that Hanover, which was once widely considered the safest parish in the island, is now moving to the opposite end of the spectrum, with massive percentage increases in major crimes and a major rise in COVID-19 cases.

“We cannot continue like this. We definitely cannot continue like this, and whatsoever assistance can be given to the JCF (Jamaica Constabulary Force), I think we should try and help in this area because if we just let it go unnoticed and do not play our part, as the local representatives, then we are going to have serious problems,” said Samuels.

Beeput yesterday appealed for two men to turn themselves in for questioning in relation to the recent murder of a taxi operator.

The police have identified the men as Christopher Tate and Nigel Whyte, both of Montpelier district in Hanover.

The police believe that they can help in the investigation into the murder of Donald ‘Gary’ Mullings, a 43-year-old taxi operator of the same district.

Mullings’ burnt remains were found in his razed car on February 28 along a dirt track in the Blue Hole section of Sandy Bay, also in Hanover. He went missing on December 24, 2020, and his whereabouts remained a mystery until the discovery.

“We need to speak with you. You can come with your attorney … . Come to the Lucea CIB,” Beeput appealed while tabling her report.

Beeput also mentioned a second murder, where a body believed to be that of Kenneth Reid, a 35-year-old vector control worker of Sandy Bay, was found headless on Monday, March 8.

“As a result of this (the headless corpse), we have two persons in custody, who are persons of interest. They are being interviewed, so we are hoping that we can make a breakthrough in this matter,” said Beeput. “Currently, we have in the space members from the canine division ... because we have not yet located the scene where the incident happened. Neither have we located the head of this individual,” she stated.

The mayor also expressed much concern about the spread of the coronavirus, which he said when joined with the rampant criminality, has left the parish in a precarious position.

Up to Wednesday, Hanover had recorded 795 cases of COVID-19 since last March, with a significant rise in cases recently.