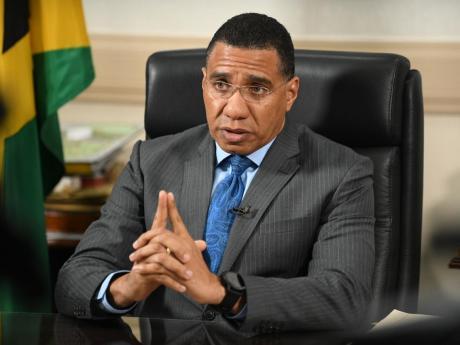 Along with 16,000 healthcare workers, more than 5,000 government officials were also scheduled to be among the first group of Jamaicans to receive vaccines. But after public concerns, the Government changed the order, delaying the jab for the senior state officials.

Prime Minister Andrew Holness and Health and Wellness Minister Dr Christopher Tufton are not scheduled to take the COVID-19 vaccine before next month unless the pace of the current roll-out significantly improves.

This news comes as a leading public-health expert insists that it is now crucial that the two political figures leading Jamaica’s pandemic response take the vaccine to boost public confidence amid concerns in parts of Europe.

“It depends on how quickly we get through some of the other priority groups … . It would be April, not March, but April,” Tufton told The Gleaner on Thursday on the schedule for his and Holness’ vaccination.

Along with 16,000 healthcare workers, more than 5,000 government officials were also scheduled to be among the first group of Jamaicans to receive vaccines.

But after public concerns, the Government changed the order, delaying the jab for the senior state officials.

The health minister, though, is dismissing suggestions that he and Holness could have taken the vaccine to demonstrate public confidence in the AstraZeneca injection while other colleagues wait.

“The criticism around whether the prime minister and myself deserve the vaccine, but others don’t, is unwarranted,” he said, adding that it “ignores the critical role that those other elected officials play on the ground in a very micro way and how influential they are in carrying a discussion and mobilising people.”

“It has been an unfortunate debate, and those who have pursued it have done so, to my mind, in error and at the potential cost of stymieing the national mobilisation efforts that are required,” the minister said, noting that targeting over 65 per cent of the population for herd immunity is second only to elections.

“You have to piggyback or leverage the leadership at the very local level to provide critical support to bring these persons [vulnerable] out in order to get the sort of response that you needed.”

The vaccination programme started on Wednesday.

Initially, it was due to target more than 247,000 Jamaicans in the first phase between March and April.

Tufton explained that the Cabinet changed the order because it did not want the issue to become a “distraction”.

“We felt it’s a distraction that was not worth it,” he said on Thursday, noting that other elected officials were “putting themselves at more personal risks and maybe one could argue they signed up for this job, and that’s how it is”. 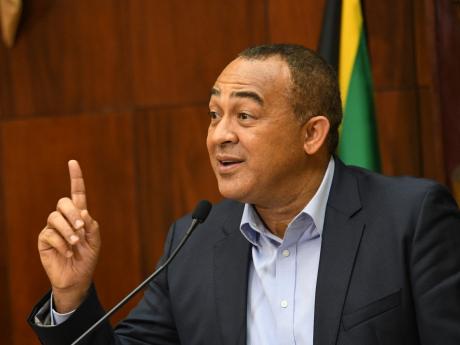 In Photo: Minister of Health and Wellness, Dr Christopher Tufton

As head of government, unlike many of his colleagues in CARICOM, and globally, Holness could end up taking the vaccine well after thousands of Jamaicans become inoculated.

They should take it now

Professor Peter Figueroa, one of Jamaica’s foremost authorities on public health, said that while he understood the public concerns, he believes that Tufton and Holness taking the vaccine from the start would have been a “good” thing.

“I’m hoping that they will go forward shortly because it sets an example to the country and to everyone that they are fully committed to the vaccine and recognise its importance – that it’s safe and effective.”

A growing number of countries, in Europe and elsewhere, have suspended using the AstraZeneca vaccine amid blood clot concerns although there has been no evidence establishing a causal link.

Under those circumstances, Figueroa said it is even more urgent for the most senior political leaders to get their injection.

“Now, especially … it would be good for the prime minister and the minister of health, in this context, to come forward now and be vaccinated.”