We all have sinned 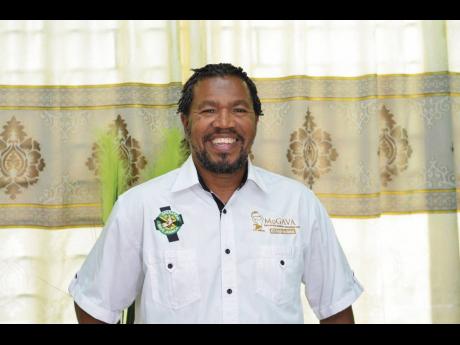 In addition to the revelation that there are some religious institutions that condemn saints for switching church membership, there continues to be the issue of dismembering those who have somewhat ‘fallen short of God’s glory”.

This, despite the disclosure by the scripture that we all have sinned and that justification is freely available by God’s grace.

Popularly referred to as ‘reading out’, the odd and unbiblical practice of shunning saints believed to have sinned has also been deemed as a ‘sad reality’ by the senior pastor of the Fellowship Tabernacle in Portmore.

Courtney Morrison decried the occurrence and encouraged what he described as more restorative actions towards members who are having a hard time.

Speaking with Family and Religion, he said, “Church members may have sinned, whatever it may have been, and instead of restoring fellow members, sometimes we do what we call ‘read out’.

“We tend to say to them, ‘Hey, we are deflocking you, we are putting you out … ‘.” These measures are not restorative methods.

“They tend to more ostracise and not reach out to the fellow member how we should, taking them to counsel, guiding them, letting them know we understand as all sin is common to man as 1 Corinthians 10:13 says and therefore God will provide a door of escape.”

The pastor, who spreads the importance of love, unity, and compassion, described such practices as ungodly and warned against putting others down in an effort to keep up appearances.

“Sometimes we beat people for what they shouldn’t be beaten for, and we have to be very careful. Even in the case of sin, sometimes it reeks of us trying to maintain an image, when God doesn’t have us maintain an image.

“We have to be careful, therefore, as to what examples we are setting for others who would like to be a part of the Church,” he said.

Morrison noted that this sort of behaviour from church heads is one of the reasons some members eventually see the need to leave the fellowship in search of greener pastures or healthier environments n which to worship.

According to Morrison, “It is, therefore, no wonder sometimes our members or sheep feel as if they are being controlled as opposed to being guided, directed, and cared for.

“Control over care is what seems to have become more prominent in the minds of many, and so in terms of becoming members, you would find that you have persons who will more flock to a church where they feel more cared for, where the love and warmth of fellowship is felt.

“Once this environment is created, you’ll hardly find persons moving as long as that care becomes consistent,” Pastor Morrison said.