KPH to explore own oxygen plant 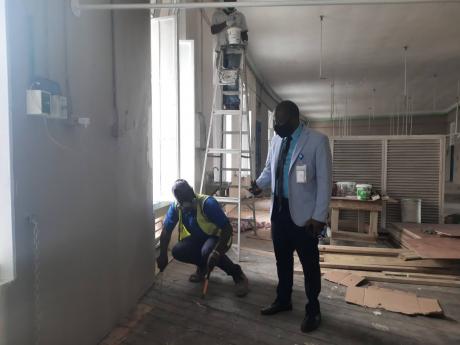 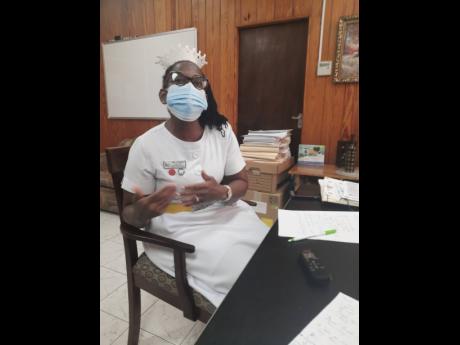 Despite its continued perils, COVID-19 has forced well needed infrastructure and personnel upgrades at the the Kingston Public Hospital, one of the island’s busiest on the front line of the battle against the deadly pandemic. For one,...

Despite its continued perils, COVID-19 has forced well needed infrastructure and personnel upgrades at the the Kingston Public Hospital, one of the island’s busiest on the front line of the battle against the deadly pandemic.

For one, administrators are racing to meet a three-month deadline for basic rehabilitation of the Edwina Ward which has not been operational for some time – a move that will provide an additional 32-36 bed spaces at the facility.

In totality, that upgrade was supposed to cost $35 million, but as the urgency heightens and resources dwindle, administrators have settled with $5 million worth of work to get the building ready.

Up to last week, KPH was operating at more than 40 per cent its total patient capacity due to the heavy influx from the coronavirus and those numbers grow daily, said CEO Burknell Stewart.

This is as some 400 persons are awaiting elective surgeries, enduring much anxiety and frustration at home, he empathised.

“Recently, with the oxygen crisis, one can understand that monopolies are always terrible. So how do we solve those problems?” reasoned Stewart, listing the encouragement of other suppliers, apart from the sole player, IGL, “to get in the game” as one option.

“Two, we can also ask our current supplier to retool and expand; and the third is that we increase the capacity of individual institutions to generate for themselves. That is something that is on the table [for KPH],” he said, admitting that a $78 million start-up cost is prohibitive.

“So part of it is the cost restriction and the other thing is location and safety because we don’t want to operate that plant too close to a facility where we house people. That can be really catastrophic.”

“We may want to generate somewhere else and then transport, which will only add to the cost. So there are a lot of variables to consider,” Stewart told The Sunday Gleaner.

“We do not want to have this environment exposed to that kind of risk, so a lot of planning has to be done,” he explained, adding that prior to COVID-19, KPH’s oxygen supplies would be replenished sometimes twice a week. Now, they are refilled every other day, he said.

Stewart explained that the most critical COVID-19 patients, dubbed ‘high-flow’, use up as much as 15 litres of oxygen per minute (lpm), and there are roughly 30 such patients hospitalised.

“We just have to cut back. We are looking at competing interest and what is important ... . Oxygen is one thing we cannot do without,” he said.

In addition to bolstering staff training on the job going forward, KPH officials have also had to iron out numerous transportation challenges for staff members – a sticking point that has for years irked mostly night-shift nurses frequently preyed upon by thieves, and who endured heavy stigma from transport operators after the start of the pandemic in Jamaica last March.

Those transportation provisions are even more poignant as the country undergoes three weeks of weekend lockdowns due to heightened spread of the disease, said Stewart. For the second weekend and for next week, Stewart said the hospital would be looking to increase pick-up-points for members, one of lessons learned in the first week of lockdowns.

“Generally, you are still going to have problems because you have persons still living in areas where it is impossible to get that one person. But for this trip, there is a number for persons who want that personalised service. So they can call,” he said Wednesday. “So with the learning that took place last week, we expect to be better going forward.”

He said that some staff members have been issued letters of declaration to prove to the security forces that they are essential workers after curfew hours.

In the interim, Stewart said the hospital is also exploring smart systems to make handling the influx of patients to its Accident and Emergency Unit more efficient.

“You will be in A&E and the place is quiet, nothing is happening, and all of a sudden you are bursting at the seams. You are getting five gunshots downtown, five from another area, and so what persons need to understand is that we never plan for emergencies,” said O’Reilly.

“You will have someone who came in with a chest pain and you will say, ‘You will be seen in 10-15 minutes’, and then 10 gunshots come in with some stab wounds,” she said. “Those persons would have stolen that timeline you gave that client with chest pains, and they sometimes have to wait for hours.”

“That is where you have the clash when you can’t live up to that time expectation ... . On a good day, you have one or three persons coming in with gunshot wounds, and you can have a bad day where that number goes up to almost 20.”

This further buttresses a call from the Government for Jamaicans to avoid visiting hospitals as much as possible to ease the pressure on these facilities.

It was not immediately clear the conditions of these individuals.

“Patients and their relatives need to utilise their health centres as their primary heathcare. Therefore, if you are playing the football and twist your ankle, go to the primary healthcare facilities,” O’Reilly stressed.