Government has capacity to vaccinate 55,000 by Tuesday says Tufton 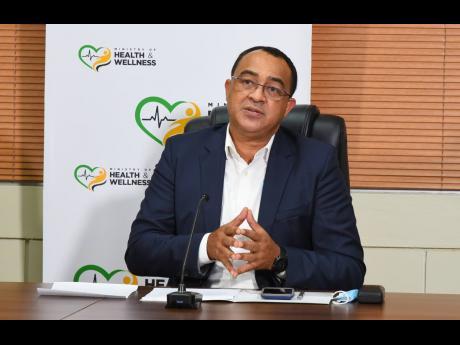 Health Minister Dr Christopher Tufton says the government has the infrastructure in place to inoculate 55,000 people against COVID-19 by Tuesday, as it expands eligibility to more categories of people.

Speaking to The Gleaner's sister station, Radio Jamaica during its midday news, he said a decision will be made after Tuesday whether to further expand the categories of people eligible for vaccination and implement mobile vaccination services, particularly for the elderly and other vulnerable groups.

"Yesterday we fell short by a few thousand, hence the adjustment. There are enough persons in these categories to more than fill those slots, but what we want to do is to encourage that now and to keep that focus, as we adjust, beyond Tuesday, to add additional categories, including the mobile service" he said.

Meanwhile, Tufton said there have been no more reports of people being turned away from vaccination sites, because of their mode of dress. There were reports last week that persons in sleeveless tops were prevented from accessing sites.

"The permanent secretary spoke to that, that we should restrict persons, and I want to reiterate that," he said.

Registration prior to visiting inoculation centres is also no longer required, he had announced earlier today.

Tufton expressed satisfaction with the start of today's second day of the ministry's so called vaccination blitz, noting that the response has been going well in several locations across the country. He pointed to good turnouts in Westmoreland and Manchester, as well as in the Corporate Area, at the National Arena and The University of the West Indies.

"It appears that people are responding, which we are very happy for. We were a little concerned about the lockdown and the fact that some persons may be cautious about going on the road," he said.

"But so far, so good. Let's see if it continues," Tufton said.