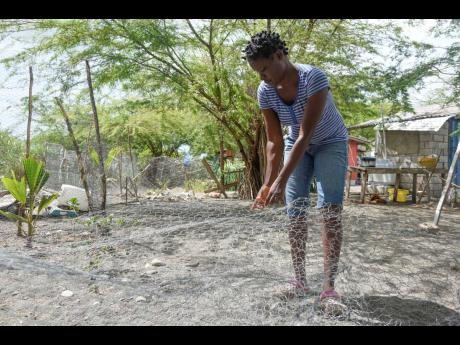 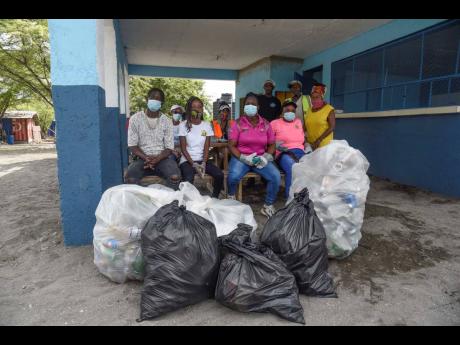 Nicholas Nunes/Photographer
Some of the team members took a 10-minute break during a beach clean-up in Cow Bay, St Thomas. 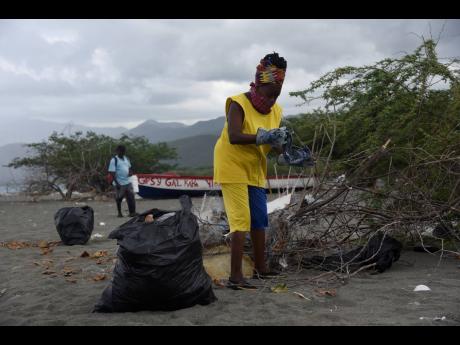 Nicholas Nunes/Photographer
Constance Worrell, president of the South Albion Farmers' Group, detaches a piece of clothing from a cluster of branches during a beach clean-up in Cow Bay, St Thomas.
1
2
3

OWNERS OF the Cow Bay Seafood Restaurant and Bar in Albion, St Thomas, have big hopes for the shoreline on which they operate.

These plans, according to them, will see to the advancement of the community and its environs.

Speaking with The Gleaner, operations manager for the restaurant, Leah Beckford, outlined a desire to host wellness projects, including yoga and self-defence classes.

“They do a lot of fishing here so we’d also want to highlight that aspect on a bigger scale. We’d also want to have lessons about natural juicing and about sea life so people will understand more about coral reefs and so on, and just share a little more about the history of Cow Bay and how the fisherfolk create a livelihood for themselves,” she said.

With the support of various local stakeholders, the team on Saturday conducted a beach clean-up, the scope of which included ridding the area of bottles, garbage and old fishing equipment.

The operations manager shared that the activity is first of many more to come.

“We realise that just one won’t be very beneficial … we’ll actually need a series of clean-ups in the area to change the culture because as long as it took to get it in this way, we will need just as much time to better it and get people to look after it consciously.

“The main reason for this activity today is to look after the environment of the beach … to make sure the sea life is healthy so that fishermen have an easier way of running business. We noticed people aren’t coming down here as much so we thought if we could clean it up and make it a healthier space for it to be in, then people would make more use of it, and we thought that was important. We care about environment and wanted to do what we could to partner with other community groups,” Beckford said.

Known for its depth, Cow Bay is said to be the deepest potential harbour in the Americas at approximately 51 metres, which can allow for mass storage.

In the past, government officials have promised to facilitate the development of the port by the private sector. However, this has not come to pass.

Lending a hand in the clean-up activities was resident and president of the West Albion Farmers’ Group, Constance Worrell, who shared fond memories of Cow Bay years ago.

According to her, “I remember here as being a cream sand beach and I’ve got pictures to prove it, but after Gilbert this is how it became. There were houses along here and Gilbert take away every single one. I’m really passionate about how our country is and the way it used to be, and want to play my part in bringing it back to its former glory. I haven’t got it financially to do what I’d like to do so I do it in kind. I was glad when Leah came along with the same passion as me.”

Additional help came from the St Thomas Kiwanis Club, which shared that they are currently collecting plastic bottles for recycling.