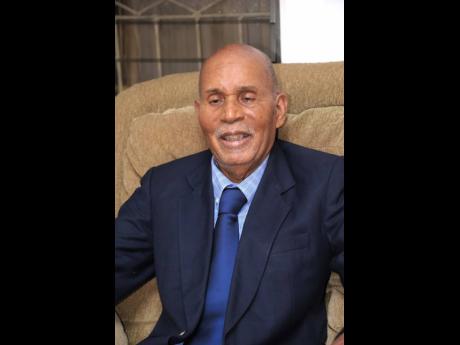 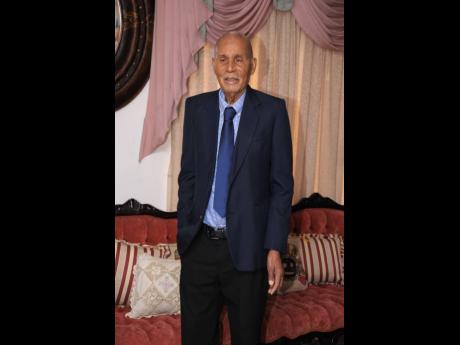 Manzie Porter may be in his 80s but his mind is sharp, as crisp as his appearance – attired in jacket and tie for yet another Zoom meeting, a testament of how one of the enduring ‘elder statesmen’ of Jamaica’s customs brokerage industry is keeping pace with the times.

Porter is a self-described old-school Jamaican with a strong love and respect for God, family and community, timeless values, which, according to him, have helped him in every step of his life.

He credits his parents for instilling these belief and value systems that inspired an appreciation for the importance of integrity in business, which became a key driver for the customs brokerage business he started with his deceased brother Hendricks in the late 1960s.

“Before starting the business, I worked with the public sector in the Correctional Services at the St Catherine District Prison; and then for three months at the Registrar’s General Department,” he said.

“Hendricks was a customs broker. I decided to join him and start a brokerage firm, and we took it from there. We kept it simple, mindful of three goals – that service and the client come first; that we had a duty to conduct business with integrity; and that no matter what, we would always go the extra mile to make the client happy,” added Porter.

Porter Brothers, which was formally established in 1971, was among the first customs brokerage houses to consistently advertise on radio and television and in the print media to build its brand into a household name in Jamaica.

Born in Porter’s Mountain, Westmoreland, a district which he said is named after his family, Porter was raised in a home enshrined in Christian values, whose influence extended deep into the community.

“My father was a carpenter, and my mother was a housewife,” he said, reiterating the values taught to him and his eight siblings by them.

“They had a great influence on us – they instilled in us integrity, the value of education, and insisted we attend school. Community and church were very important,” he continued.

“We lived a normal country life which revolved around school, church and the community and, of course, the importance of education,” he said. “My parents encouraged us to see the community as a part of our extended family. We could not pass an elder person and not say how do you do.”

In April, he lost his devoted wife Norene, who was from Strawberry district in Westmoreland, and with whom he reconnected in Kingston. Their union of over 49 years produced two daughters, Kim and Janeen. “They are my life, and I don’t have any regrets that I did not have sons,” he said. “They complete me.”

Porter said his entrepreneurial journey has been most gratifying. “In the early days, one had to do everything by oneself – going to the customs office, the wharf or airport to get the goods and then to deliver goods to the client,” he recalled.

“A lot has changed over the years,” Porter added. “Back in the day, everything was done manually; now, with technology, and software, things are must faster and streamlined.”

Constantly evolving over the decades to remain relevant contributed to the growth and expansion of the Porter Brothers’ business and eventually led to the formation of Manzie G. Porter & Associates, the company he formed along with Claudette Leair-Samuels and Kenneth Porter after the death of his brother. “We are trying to learn as we go along, and we know that we have to be on top of things to be successful”, said Porter, a devout Anglican. “It is all a part of God’s plan,” he said.

“I did well in business, that’s what I have been doing since the ‘60s, and from the brokerage services we diversified into exports, which we still do, ground transportation, including removal and haulage,” said Porter.

Manzie Porter’s name is synonymous with customs brokerage in Jamaica; and he is widely acknowledged as one of the trailblazers and architects of the industry.

Between 1988 and 1991, he was the president of the Customs Brokers and Freight Forwarders Association of Jamaica, the largest professional body of licensed customs brokers, logisticians and professionals engaged in customs clearance and third-party logistics in the English-speaking Caribbean. He has also been the recipient of numerous awards and has been on the board of reputed organisations and played key roles in industry bodies.

His heart for service and community has kept him involved in the life of the association as a voice of counsel and experience for leaders and new entrants to the customs brokerage business, whom he constantly encourage to build their knowledge base and business by being a part of a professional umbrella body.

Porter was a proactive member of the PTAs of the schools attended by his daughters, serving as chairman of the Queen’s School board, as well as sitting on the boards of the Immaculate Conception High School, the Wolmer’s Preparatory School and the Homeschooling Association. He continues to serve the wider community as a lay magistrate for the parish of St. Andrew, a responsibility he has had for over 35 years.

HOPES FOR A BETTER JAMAICA

Manzie Grantham Porter is filled with hope for Jamaica.

He looks forward to when the island will overcome the COVID-19 pandemic, which, in his opinion, has taught us time-honoured lessons on how we need to recapture and nurture our spirit of community and resilience.

“The Creator has a hand in this,” he said. “Since we all are at home more, we need to look up and check upon our neighbours, and not forget to wear your mask. This too shall pass; we just need to follow the guidelines and protocols and we will get through it.”

Porter also hopes for peace and the day when crime and violence will be defeated in his beloved country.

“Jamaica is a smart young nation, we are a smart people, and we know what we want, and that we need to fight this thing,” Porter said. “The country is our future, and we will all have to do better.”

Time passes, but for Manzie Porter, age is but a number – he still works five days a week, three days in office, and two days from home, keeping his finger on the pulse of the business and on developments in the customs service industry.

“We have to keep doing what we have to do,’’ he said. ‘If I had my life to live again, I would be a customs broker all over again.”