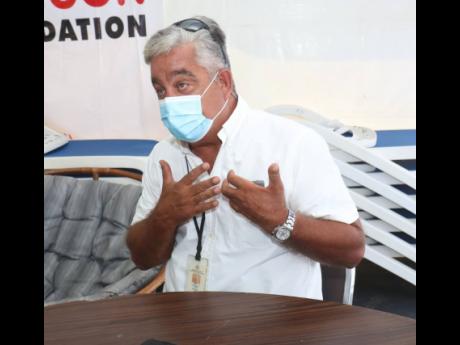 ALTHOUGH DISCUSSIONS are ongoing concerning the relocation of several social patients from hospitals in western Jamaica, Western Regional Health Authority (WRHA) chairman Eric Clarke believes that the best long-term solution is to expand and repair the Westmoreland Infirmary to accommodate them.

Speaking with The Gleaner on Wednesday, Clarke said that with 14 new bed spaces now set up at the previously besieged Savanna-la-Mar Hospital, greater attention can now be given to rehabilitating the infirmary for relocation of social patients, who take up much-needed hospital bed spaces and use the hospitals’ accommodations despite having been discharged.

“No progress has been made on the placement of social patients as yet, but concerning Westmoreland, the perfect solution for that is to expand the infirmary. There is an old building there that needs to be demolished, and the perfect solution is to rebuild the building,” said Clarke.

“We are not under so much stress at the hospital for beds now, because Savanna-la-Mar Hospital was able to add in a 14-bed unit and the number of hospitalisations has come down, so I prefer to take some time and make an effort with the proper solution for the social cases. I have spoken with the mayor already, and I need to get a structural drawing and costing done for this project, and we have to work together and get a new building for the infirmary to be a permanent place for these people,” Clarke added.

The WRHA chairman’s comments come a week after it was announced that 20 of the more than 60 social patients taking up much-needed bed spaces across the WRHA’s hospitals may likely be relocated into unused school buildings by the end of October.

The Savanna-la-Mar Hospital has had a particular struggle with bed space capacity in recent weeks due to the influx of COVID-19 patients being admitted, resulting in the facility’s 205-bed capacity being exceeded. At present, in addition to the 14-bed space which has been made available, a field hospital with a 30-bed capacity is under construction to ease the hospital’s congestion.

Concerning the progress of the Savanna-la-Mar field hospital, Clarke said that discussions have taken place to allow the WRHA enough power to take over the construction, which he said has been going on too long. Earlier this month, the Ministry of Health had recently projected that the full construction would be completed in one month’s time.

“The field hospital project at Savanna-la-Mar has been going extremely slowly, and up to this past weekend, we were not happy with the pace at which it is going. I spoke with the donors for the project, and we are awaiting approval for us to take over the work to complete the foundation,” said Clarke.

“We can do the work [on the field hospital’s foundation] within a week, and I am not happy that it has gone almost three weeks when it should have been finished already. The work is going on, but it is with a subcontractor that needs proper instruction.”