MoBay to get Domestic Violence Intervention Centre; location a concern 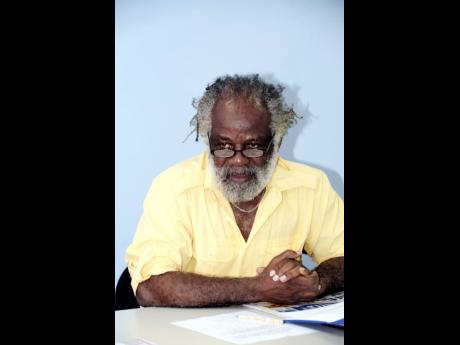 The Jamaica Constabulary Force (JCF) has announced that it has expanded its Domestic Violence Intervention Centre (DVIC) network to an additional six police stations across the island, as part of the overall effort to control domestic violence.

The move by the JCF has been welcomed by several stakeholders in Montego Bay, who are deeply concerned that unless the crime situation in the parish is contained, the scope for growth and expansion will be negatively impacted. However, many are of the view that it should not be housed at police stations.

The Granville Peace Justice and Resource Development Foundation (GPJRDF), which is one of the pilot project groups in St James, believes that while police stations are equipped with trained personnel to deal with domestic violence, the victims of domestic violence rarely utilise these locations, as many are scared of visiting police stations to make reports.

O’Dave Allen, executive director of the GPJRDF, told The Gleaner that he believes the Government should create the centre outside of the police, which he feels would be more comforting to persons wanting to utilise the service on offer.

“I do not really know, and I cannot really say that this move will make a difference in St James,” said Allen. “We all want ways in which we can rid the parish of crime and domestic violence, and we welcome every effort, but I think the Government should create an agency that people are comfortable with, and it should not be based within any police stations.

“To make this more effective, it should be done at the community level, but surely not from the Freeport Police Station. I know resources are thin and cannot be spread around, but I believe that this kind of initiative should be outside of the police station,” added Allen.

Granville has accounted for the most murders in St James since the start of the year. The community has seen several double murders, and it was out of a desire to assist the victims of violence that the GPJRDF was established.

“Persons in St James are frightened, distressed, and traumatised by the repeat of these crimes, so I do not know what effect this new DVIC will provide to their comfort. The police are already equipped with the Community Safety and Security Unit, and also CISOCA (Centre for Investigation of Sexual Offences and Child Abuse), which deals with rape and other domestic violence against females,” said Allen.

“We have so many of these institutions and agencies, and yet people do not see them as a way out. So I do not know to what extent this venture will create an impact,” added Allen.

Earlier this week, Police Commissioner Major Antony Anderson announced the locations of the six new DVICs, which will bring the overall number nationally to 11 by the end of this year.

Meanwhile, Security Minister Dr Horace Chang has expressed confidence that the facility will strengthen the capacity of the police to rescue and support victims of domestic violence and their families, as well as provide a refuge and beacon of hope for victims to repair and rebuild their lives.