Another St Thomas girl missing, hunt under way to find her 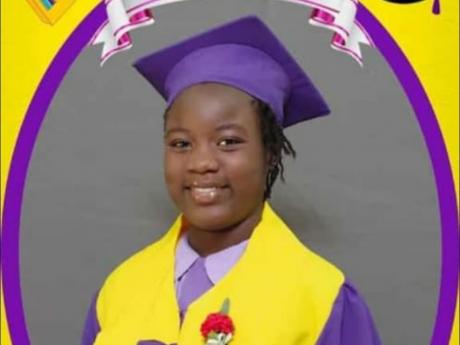 News of the disappearance of 13-year old Winshay Barrett (pictured here) came hours after an intense search led to the rescue of nine-year-old Phylisa Prussia who was on Thursday abducted from her home also in Bath, St Thomas.

Another police-led search has been launched following reports that a second girl from Bath, St Thomas has gone missing.

She is 13-year-old Winshae Barrett.

News of her disappearance came hours after an intense search led to the rescue of nine-year-old Phylisa Prussia who was abducted from her home also in Bath.

The abductor remains at large.

But she was not able to confirm allegations that Davian Bryan, the person of interest in Prussia's abduction, is linked.

It is reported that sometime after 5 o'clock Saturday afternoon, Winshae accompanied her older sister to the back of their yard to feed pigs.

Her sister was fetching water at a pipe and raised her head to realise that Winshae was not in sight.

An alarm was raised and a search turned up unsuccessful.

Winshae's mother fainted upon hearing the news, and was rushed to a hospital for treatment.

In the meantime, soldiers and police who were earlier deployed in the search for little Phylisa are now trying to find the 13-year-old-girl.