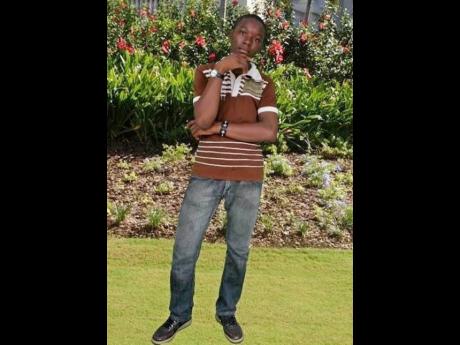 Contributed
A younger Daren Johnson in 2005 at age 12. 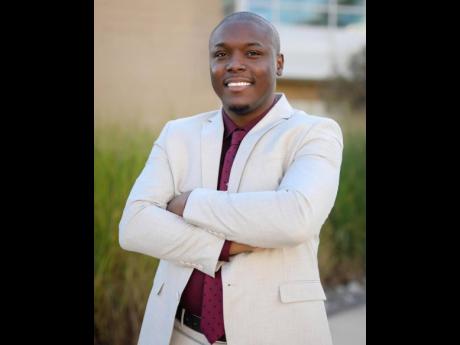 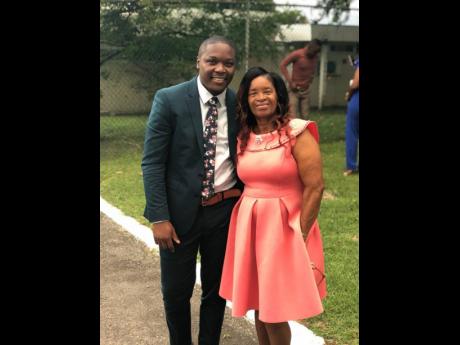 Contributed
Daren Johnson and his mother, Selma Green, at the Prime Minister’s Awards in Kingston in 2019, where he was shortlisted for the Excellence in Academics Award. 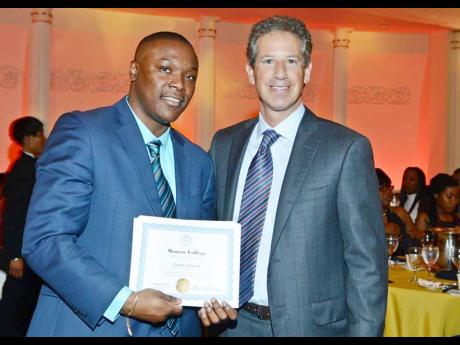 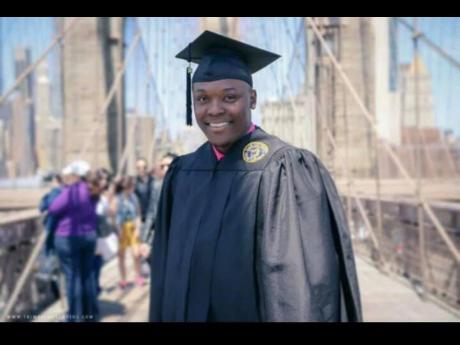 Contributed
Daren Johnson at his Pace University graduation ceremony, after completing his Master of Science degree in human resource management in December 2016.
1
2
3
4
5

As a young boy growing up, Johnson was never afraid of hard work and at one point in his young life, sold onions and sweets in order to earn lunch money for school.

His hard work, fearlessness and all-round academic brilliance, which was uncovered initially at Aabuthnott Gallimore High School in Alexandria, St Ann, where he was successful in nine Caribbean Secondary Education Certificate subjects in 2010, have taken him from Bottom Pond Basic School as a three-year-old, to where he is currently, at Howard Community College, even as he studies to complete his PhD in human resources at American College of Education.

Johnson’s stepping stones to move from Bottom Pond Basic School to American College of Education include Muirhouse Primary, Aabuthnott Gallimore High School, Moneague College, The University of the West Indies, all in Jamaica; Althabasca University in Canada, and Monroe College, Pace University, and University of South Florida in the USA.

Johnson had previously been accepted at the UWI to read for a Bachelor of Science degree in management studies, but was unable to take up the offer as his mother could not afford the fees.

After completing his PhD at Ace, he intends, ultimately, to “attend law school to help reform family and immigration laws in Jamaica and the United States, because I loathe injustice”.

So, despite the vast amount of knowledge he has acquired, especially since he left Jamaica for the US in 2013, Johnson’s thirst for knowledge remains unquenched.

“I also serve as course coordinator and sit on several high-level committees which permit me to share, across the college, my expertise in human resources,” Johnson told The Gleaner.

He continued: “In addition, I function as a Step-Up coach, and I serve my department on several committees, namely, the Diversity and E-learning committees, among others. I am also a Silas Craft liaison in a programme geared towards mentoring and assisting students by providing them with the support and guidance necessary for completing their different academic programmes at the college. As well, my pedagogical practice extends to Montego Bay Community College, where I teach as an adjunct lecturer (online).”

“With regard to my studies, I would have graduated by December 2021 with a doctor of education from the American College of Education. However, I switched disciplines and programmes and started a PhD in human resources management; hence, I am currently a doctoral candidate working on completing the programme. With a full-time job, I managed to complete all coursework in the PhD with straight As. Consequent to my outstanding performance in the programme, I was recently inducted into the National Society Leadership and Success.”

Johnson has “nostalgic recollections” of growing up in Bun Hill, Middle Buxton. Coming from a poor family, he realised that education was the vehicle to elevate himself and break the cycle of poverty.

He started early, he explained.

“I was a young entrepreneur who sold sweets in church, and would also sell them to my cousins and neighbours. As a child, I experienced not having lunch money to attend school some days. I always knew these issues were just circumstantial barriers, so I didn’t let the difficulties deter me. Special thanks to Miss Sandra Nam of Nam’s Hardware, who saw greatness in me when I walked into her store to sell her onions. Every Saturday I would go to her store, until she decided to show me how to write bills as a sales clerk; then I stopped selling onions and apples for Miss Mary and her daughter, Nicky, to whom I am eternally grateful.”

Those were some of the opportunities that helped Johnson to develop a love for business education, he explained.

At Aabuthnott Gallimore, Johnson received a blessing in the form of then food and nutrition teacher Elaine Brown-Taylor, who took him under her wings and helped to guide him through high school. Today, Johnson refers to her as his “second mother”.

“Often, I would go to school without lunch money, and there was never a day that passed that she (Brown-Taylor) did not send me to Miss Clover, Miss Jennifer, or Miss Bailey, or ‘Guardy’ and Trisha in the tuck shop to get something to eat. She unwaveringly had my best interest at heart. She was my mother away from home.”

“He’s like my son,” Brown-Taylor, now at Church Teachers’ College, said of the former head boy, Schools’ Challenge Quiz team member, and All Together Sing choir member at Aabuthnott Gallimore.

Describing Johnson as a “highly motivated, highly committed, dedicated individual, who is strong and knows himself, and knows what he wants to achieve and will go about achieving those things,” Brown-Taylor said her former student still has more horizons to conquer.

A selfless individual, Johnson has already put in motion the ‘pay-it-forward’ policy.

In 2015 he established four grants in his name for the top boy and girl in business studies at Aabuthnott Gallimore; as well as the top boys and girls at Muirhouse Primary School, PDL Academy in St Ann, and Beaulah All-Age School in Clarendon, based on their performances in the Primary Exit Profile examinations.

Last year, he also paid respect to several outstanding Jamaican women in a month-long Facebook feature in March, which celebrated women of excellence.

Through thick and thin, Johnson maintains his faith in God and is always giving thanks.

“Special thanks to God, who is the author and finisher of my faith,” he said.

He added: “I am also grateful to my son, who motivates me, and my mother, who tried her very best in her role as my primary caregiver. My family, who is always cheering me on. Teachers, lecturers, professors and friends, and well-wishers, thank you for guidance and support. I am eternally grateful. The names are so many to remember, but thank you all.”