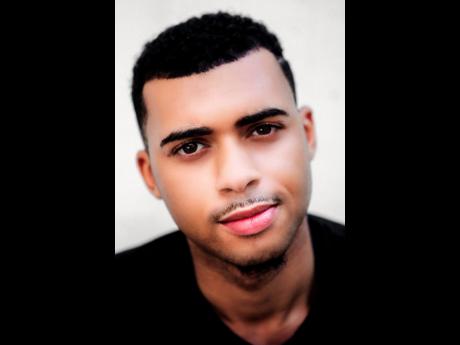 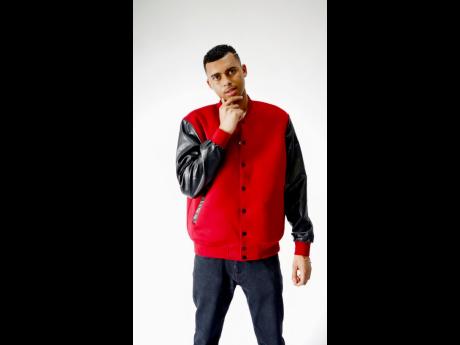 Far from being a cliché, Ricardo P. Lloyd was destined to be an actor. He remembers performing a number of different roles in his bedroom as a young boy in Brent, north-west London.

“When I was younger, I used to dress up as police officers and firefighters, and on other occasions would imitate Bob Marley and Michael Jackson, who were both musical inspirations of mine,” begins Lloyd. He adds: “I used to get lost in the worlds of movies and music, always playing a variety of characters. When I went through a bad patch during my teenage years, my interest in the arts and acting became my secret place of escape.”

Lloyd, 27, a Britain--born Jamaican (born in Ipswich) who moved to London at a young age, grew up listening with fascination and excitement to stories his grandparents told him about the lives they lived in Jamaica before taking up permanent residency in the UK during the 1960s.

“Both my mother and father are of Jamaican heritage. On my mother’s side were Carol and Hylton Turner. My granddad Hylton (also affectionately known as ‘Eric’) was born in St Catherine. On my father’s side were my grandmother Doxie and grandfather Lowell Lloyd, who were born in Clarendon and Rocky Point, respectively,” says Lloyd.

He continues: “There were many stories they personally shared of how hard it was migrating to the UK, including the racism they experienced. “No dogs, no blacks, no Irish,” they told me.“As young people, they were told back home in Jamaica that the UK streets were paved with gold, which was an obvious lie. I was very fortunate to learn a great deal from my grandparents about how they grew up in Jamaica, often having to develop quite early in the sense of independence exemplified through, for example, learning how to cook, wash, iron and fend for themselves. At such a young age, they had a level of maturity beyond that which they saw upon their arrival to the UK.”

While Lloyd grew up fascinated by the stories his Windrush generation grandparents shared with him, particularly about their lives in Jamaica, it was not until he visited the island himself that he came to have a greater appreciation for the culture and heritage he comes from.

“Jamaica is a beautiful island. I visited twice during my teenage years and it proved to be a real eye-opener on both occasions. Seeing for yourself what your grandparents told you about the place makes it more real. Poverty is no joke in Jamaica. It’s crazy, because over there they thought I was rich, having come from the UK and because I had Air Force 1s (trainers), which was a misconception. Though there might be hardships in some parts of Jamaica, there is a rich sense of community, family and culture not so readily found in parts of the UK.”

The challenges to race, identity and culture experienced by his grandparents during their initial transition to the UK mirrored those experienced by Lloyd at school, and even now as an actor.

“My experience at school was similar to many of those before and after me. Like many young black men, my experience of school was never easy, as the curriculum is not made for us because it is a broken system. We were often stereotyped and adjudged to be bad people, without any account taken of the circumstances into which we, often through no fault of our own, found ourselves in. I was never deeply involved into some of the heavy stuff some of my peers got into, but was exposed to a lot of it. There was a point where I knew I had to change for myself, having failed my GCSE’s. I had to make a turnaround. I did not want to become another statistic.”

Lloyd’s determination to pursue his dream of acting would eventually lead to him graduating with an undergraduate degree in performing arts, film, TV and stage, followed by a masters in business, before making his professional stage debut in 2015 in a production of Animal Farm. He has since gone on to feature in a variety of roles, both on-stage and screen, including Shakespeare Walks, Shakespeare within abbey, produced by Shakespeare Globe and Intermission Theatre’s topical play - Excluded, where he played the role of Romeo.

Lloyd’s performances garnered positive media attention with The Voice, Britain’s only national Black African-Caribbean newspaper, naming him as one of their top 20 to watch in 2020.“Surprisingly, I did not know about this accolade at the time. I received a message from one of my followers that I had. But when I saw it for myself, it was great. It’s an honour to be recognised by an established organisation like The Voice for the work I was putting in during 2019. While it was a proud moment, I’ve always been sure to never be complacent, as there is so much more I need to do and want to achieve. However, what it did was just reaffirm the purpose that I am meant to be here, at this time and in this space.”

This reaffirming of Lloyd’s talent within the performing arts came at a time when he experienced depression, having lost a number of acting roles due to disruption caused to the profession by COVID-19.“Depression should not be a taboo thing,” says Lloyd. “We all go through points when we feel high or low, it is how you manage it. I was going through a lot at the time – I was homeless, unemployed, and then with the COVID-19 pandemic added to the mix, it became all too much for me. But it was my faith in God which helped me to get back up in pursuit of my goals once again.”

Having worked alongside Oscar-winning actor Mark Rylance, among a host of others, Lloyd now has his sights set on Hollywood, where he hopes he can make a bigger impact with his acting career. He says: “I want to leave a legacy that outlives me, and feel it is my mission to inspire, empower and transform as many lives as I can through my performances, to show those that think it’s not possible that it is, if only you believe. Sometimes as an actor of colour, you can be stereotyped in the roles you are given in the UK, but I tend to see less of this in the US, which is why I would like to make a name for myself there, too.”

As for those who want to become actors themselves but who do not know how to start, Lloyd had this to say:“Life is too short to wait in pursuing your dreams, so you must go and live your God-given purpose. Of course, you will have obstacles and setbacks along the way, but have faith in God, yourself, and keep moving forward; fighting for what you want.”

A fight which Lloyd has known only too well, but with his faith in God and passion on his side, he is winning.