Digital Television Switchover in Jamaica set to begin in 2022 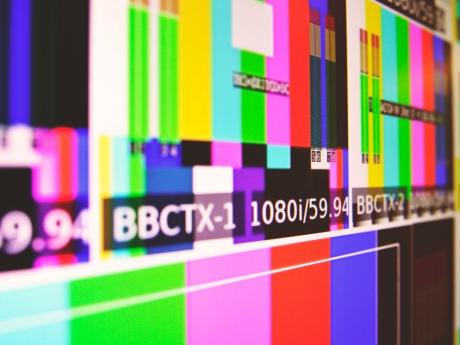 The commission says Jamaicans should expect to see an increase in free-to-air television channel offerings as broadcasters embark on a phased transition from analogue to digital transmission. - Contributed photo.

The Broadcasting Commission is reminding the public that the Digital Television Switchover in Jamaica will get underway in 2022, with completion expected by 2023.

The commission says Jamaicans should expect to see an increase in free-to-air television channel offerings as broadcasters embark on a phased transition from analogue to digital transmission.

Broadcasters will use the ATSC 3.0 digital standard of broadcasting, commonly known as NextGen TV.

This is the world's first fully Internet Protocol (IP)-based television standard and is considered the most advanced standard globally.

The commission says the Digital Television Switchover will not only expand the number of free-to-air TV channels but will enhance the way in which Jamaicans now experience TV.

It will facilitate access to TV programming on phones and tablets, higher quality video and audio, improved accessibility features, seamless interactivity, and an overall immersive viewer experience, it outlined.

When the exercise is complete, all free-to-air analogue signals will be turned off and replaced by digital signals.

Viewers in households who receive their television programming via cable or satellite service will continue to have access to free-to-air TV stations.

However, households that rely on over-the-air reception (rooftop or rabbit-ear antenna) to watch television, will need to have an ATSC 3.0 compatible television or have the signal converted via a set-top box to enable their (analogue or other standard) TV(s) to receive the digital signal. 2

The commission says a comprehensive communications programme will be executed to ensure that the transition to digital television is user-friendly.

The Digital Television Switchover is being managed by the National DSO Steering Committee, which is chaired by the Minister of Education, Youth and Information, Fayval Williams and includes representation from the Broadcasting Commission, Spectrum Management Authority, Broadcasting and Cable industry, National Consumers' League, and the Combined Disabilities Association.