Popular roadside cook ‘Buru’ left out in the cold

Fears losing her livelihood after being displaced by renovated fish market 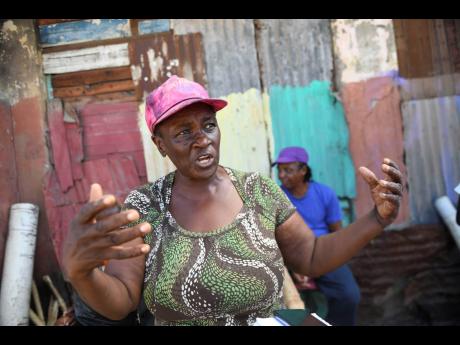 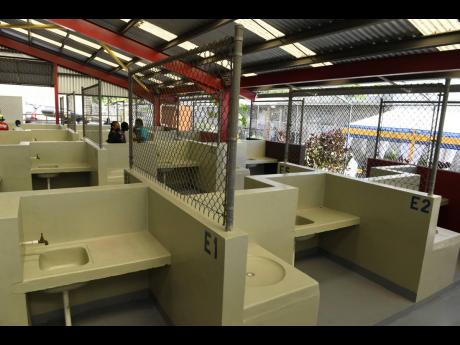 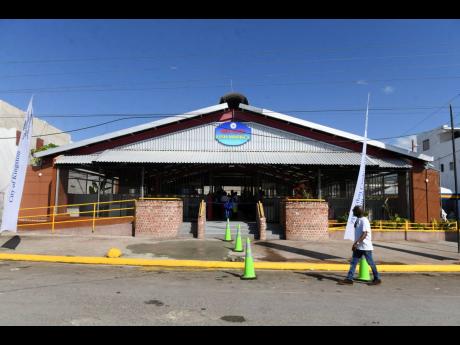 Ricardo Makyn
The Red Rose Fish Market at the intersection of Rose Lane and Spanish Town Road in downtown Kingston. 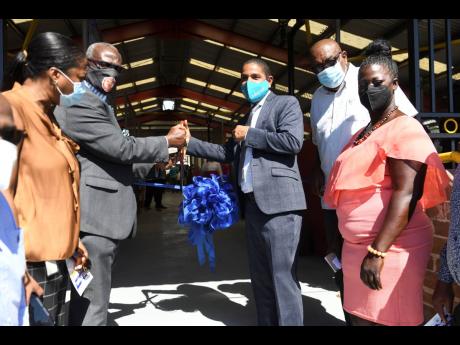 Marva Lynch, a roadside cook who, up to last week, plied her trade outside the Red Rose Fish Market in downtown Kingston, is one of two persons who feel left out of the reopening of the market on Monday.

Lynch, a former fish vendor popularly known as ‘Buru’ on Rose Lane, has been selling cooked food outside the closed fish market’s building for years, and near to some 50 fish vendors who were selling in that area up until Sunday.

She said the spot where her tent was pitched for cooking was recently renovated and paved for the parking of customers who will be going inside the fish market.

Now, the 60-year-old woman complains that she has nowhere to operate, and she fears losing her customers.

Lynch and other vendors are hoping that the Kingston and St Andrew Municipal Corporation (KSAMC) will consider her plea and give her a space, either outside or inside the market, given that some 50 vendors who will receive stalls inside the new building are her customers for whom she prepares breakfast, lunch and dinner.

“Mi is fi di poor. I cook any little thing, fish, tin mackerel and rice and dumpling and all dem sumn de ... anything mi ketch up pan” Lynch told The Gleaner following the launch of the renovated Red Rose Fish Market.

Lynch would love to have been among the 50 fish vendors chosen to sell inside the new market, but she told The Gleaner that because fish sales were not profitable enough for her years ago, she made a switch to selling cooked food instead.

“Di fish never did a gwaan. Mi did a sell fish for about 10 years or more, from mi a little gyal coming up. One a di time mi couldn’t get no fish and so it was kinda slow, so mi just start do little cooking and deh mongst mi fish people dem same way,” she said.

Although she will be left out of the market, she is happy her fellow fish vendors will be given a new, clean and safe space to operate.

“I feel good. I only want dem keep it clean like how it stay deh now, and mek di place fresh, and when the people dem come in, dem see seh di market clean,” Lynch said.

Other fish vendors are also pleading with the KSAMC to give Lynch a spot nearby them to sell.

“Marva cook and give weh and she a good woman. If yuh go de wid a $200 and seh Marva, a $200 mi have, she seh unu come wid unu money, but she naa mek you come out (without food). She a mek yuh eat and yuh belly full,” Michael James, a vendor, told The Gleaner.

Simone Miller, another vendor, told The Gleaner, “Marva a di best chef ina di [fish] market. If we have $100 ... any money we have, she tek it from we and gi wi little food, nuh care how little it is. She cook pork, chicken, fish ... everything. Anything she gi we, we tek it.”

The vendors say the self-appointed groundsman and caretaker for the fish market and Rose Lane, Gerald Henry, has also been left out of the benefits from the new market that cost some $43 million.

James, Miller and other vendors told The Gleaner that Henry has made an effort to beautify the Red Rose Market and the lane parallel to it in his own time and at his own expense in the past five years.

“It’s more like a volunteer project. I’ve bought flowers and some of the time, the people dem steal the flowers, but mi still replace dem. Some of the flowers we take from nursery stage and others we just plant big,” Henry said.

“Right now, I’m seeking a contract to do landscaping for the Government. I have in mind to beautify and plant up flowers right around the island,” he added.