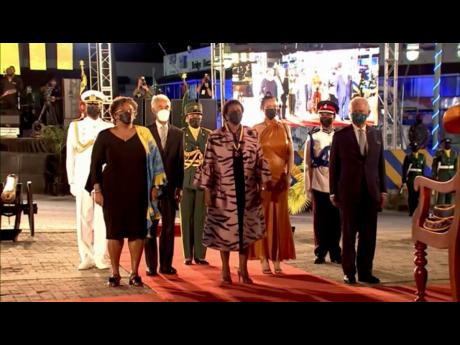 Several prominent Barbadian professionals supported the move to drop the British monarch as head of state but wanted something less symbolic and more meaningful and epoch-defining. 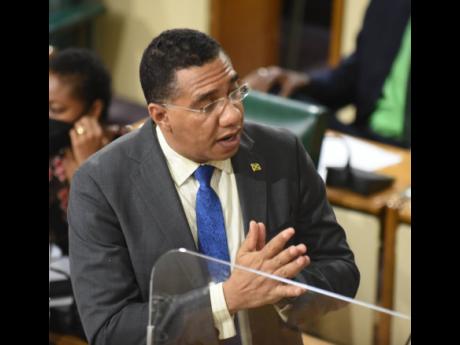 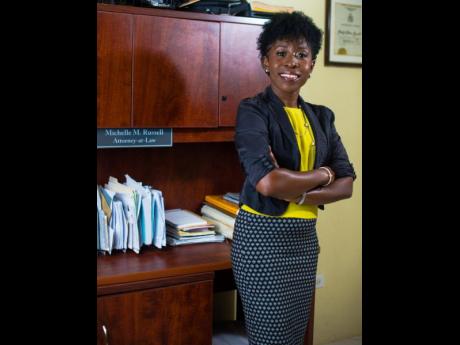 As Michelle Russell contemplated Barbados’ move to a republican form of government, she couldn’t help but wonder if the lives of ordinary Barbadians would improve as a result.

For much of the period leading up to the transition, Russell, a Jamaican employment rights attorney who has lived and practised in Bridgetown for nearly two decades, paid little attention to the subject, preferring to focus on the vexing issue of COVID-19 vaccine mandates and its impact on workers’ rights.

However, in the immediate aftermath of the November 30 changeover, which entranced the international media, the attorney began to make it clear she was not convinced that republicanism would result in changes to the economic status quo.

“What’s the point in becoming a republic when 2.5 per cent of the population still owns the majority of the land and wealth in this country? Is it a republic in name and ceremony only?” she posted in a self-described rant on IG on December 6.

“What is gonna be done under this new republic to empower black people and black businesses to compete on a more even plane with the white businesses that still hold most of the power, money and influence?” she asked in another post.

With so many questions and so few answers, Russell revealed that even in the days leading up to the official change she did not give a single thought to her native Jamaica following a similar path.

“You’re assuming I viewed it as a proud moment for Barbados,” she told The Sunday Gleaner when asked whether she was thinking of home as she followed the event.

It was an apparent reference to reports that locals, including the Barbadian media, were forced to watch the celebrations behind barriers while visiting media and the ‘elite’ were afforded prime viewing spots and comfortable seating.

It was also an apparent reference to concerns raised by a large section of the Barbadian population about an alleged lack of transparency in the process.

Many of those raising such issues were prominent Barbadian professionals who supported the move to drop the British monarch as head of state but wanted something less symbolic and more meaningful and epoch-defining.

“I think the idea behind going to a republic and removing the queen as head of state is a noble one, but I think we need to focus more on the colonial roots within our culture and focus just as much on removing those as much as removing the head of state,” Russell told The Sunday Gleaner. “Or we gonna just be stuck with being a republican in title only, and in no other way. So, we won’t really be free.”

LOT TO BE GAINED

In her 2020 statement of intent to replace Queen Elizabeth II with a Barbadian head of state, Mia Mottley, the prime minister, said it was “the ultimate statement of confidence in who we are and what we are capable of achieving”.

It’s a sentiment shared by Peter Wickham, a former lecturer in political science and research methods at The University of the West Indies (UWI), who argued there’s nothing wrong with the symbolism of having a local as head of state.

According to Wickham, there’s a lot to be gained in this symbolism, and it’s why Jamaica and every Caribbean country should become a republic.

“I cannot tell you how peculiar it is to know that the Prince of Wales or whoever could become head of state of Barbados and I couldn’t,” the political scientist told The Sunday Gleaner. “So to have a situation where every Barbadian boy or girl knows there is a possibility that they can become head of state, that’s enough, because the symbolism of the head of state is important and I think that the idea of suggesting that only the queen, her heirs and successors could ever be head a state of Barbados is something that I think is abnormal.”

In Dominica, it was the opposition leader, Eugenia Charles, who proposed the immediate severing of the monarch as head of state, and the government agreed, revealed Dr Lennox Honeychurch, a historian and the only surviving member of the Dominica delegation which negotiated with the British.

“There was a basically joint agreement on this matter,” Honeychurch told The Sunday Gleaner. “Essentially, it was from the point of view of we know that one day we may be going a further stage and because … there was a lot of turbulence in the discussion in the run-up to independence, the point was made, why go through all of this again in God knows how many years’ time? So, it was decided simply to go direct republic from the night of independence.”

This sort of understanding between government and opposition will be critical in any attempt by Jamaica to sever the queen as head of state, opined Wickham, the former UWI lecturer.

However, he believes it’s unlikely the two sides will reach a consensus, thus ensuring that Jamaica maintains the monarchial system for the foreseeable future, particularly after Andrew Holness, the Jamaican prime minister, said he would not settle for “empty symbolism” in building a strong and prosperous country. Holness was at the time addressing calls for Jamaica to become a republic by the 60th anniversary of independence.

“What Holness has done is he has essentially ensured that Jamaica will not become a republic in any hurry because once you start talking about, ‘I agree, we should become a republic, however, we need to make it substantive,’ then we’re going to get into the minutiae of constitutional change, and we will never get it done,” contended Wickham. “If you require opposition support, you can rest assured that they will find a basis on which to disagree.”

A glaring example of how things can quickly fall apart when there’s no political consensus can be found in a 2016 referendum in Grenada on whether to replace the London-based Privy Council with the Trinidad-based Caribbean Court of Justice (CCJ) as the country’s final court, as well as the introduction of term limits for the prime minister, the appointment of a leader of the opposition in Parliament, changing the name of the tri-island state and the establishment of an independent electoral commission.

After the opposition campaigned against the changes, even after saying it had no difficulty with the CCJ, voters overwhelmingly rejected all the proposals.

An even more relevant example is the 2009 referendum in St Vincent and the Grenadines to consider a new draft constitution, which included a provision to create a republican form of government, replacing the queen of England as head of state, the establishment of a local government system and replacing the Privy Council as the final appellate court.

The initial debate received unanimous support, with the opposition voting in favour of all the various parliamentary acts that would govern the plebiscite. However, as the referendum date drew closer, the campaign began to break along party lines, with the opposition marshalling its forces towards securing a “no” vote. In the end, 56 per cent of Vincentians rejected the new constitution.

“Once you subject it to a political process, people will see it as a vote and they vote against the government,” Wickham stressed. “Politics gets in the way of common sense.”

The regional pollster’s recommendation is that Holness ought to begin the process but limit the change to the head of state, which he believes will receive the backing of all sides.

MORE THAN A FIGUREHEAD

However, Trinidad-born Kenneth Mohammed, a senior adviser at the London, UK-based due diligence firm, Intelligent Sanctuary, believes a Jamaican president – or any Caribbean president, for that matter, including the newly installed Sandra Mason of Barbados – must be more than just a figurehead.

Mohammed, who lived in Jamaica between 1999 and 2004, said the country has little choice but to become a republic. However, he said the new president’s role should include fighting corruption, including oversight of an independent body to investigate bribery and dishonesty in the public service.

According to Transparency International, the German registered voluntary association that tackles global corruption, Jamaica was ranked as the 69th least corrupt country in the world in 2020, the last year for which it published its corruption perception index.

“The president’s role should be as an anti-corruption champion and his/her voice should be heard. He or she should not be sitting down quietly and let things happen,” Mohammed, who’s currently engaged in doctoral research in political corruption and its impact on development and governance in the Caribbean and South America, told The Sunday Gleaner. “And holding the prime minister accountable as well.”

Mohammed concedes that in order for the president to assume the required power and authority, there must be constitutional changes. Such changes will require support across the aisle.

Herein lies the problem, argued Wickham, who sees this as a major stumbling block in a politically divided Jamaica.

“There will always be a basis for people to say, ‘let’s not do that’,” insisted Wickham. “So honestly, I think countries like Jamaica will become republics when United Kingdom becomes a republic.”