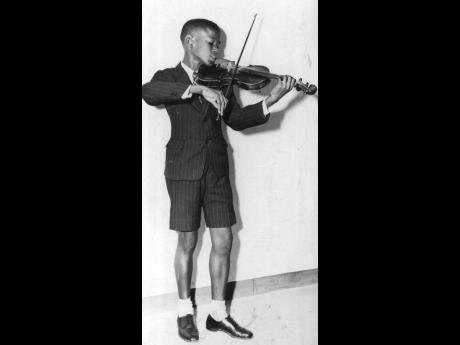 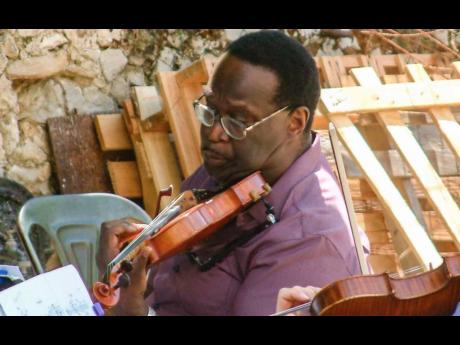 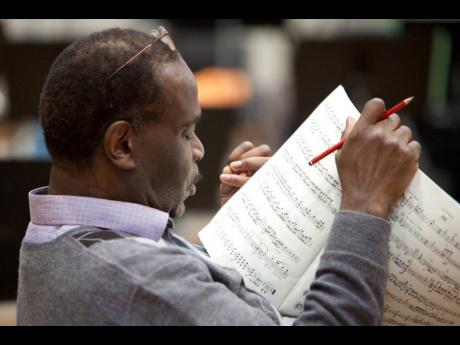 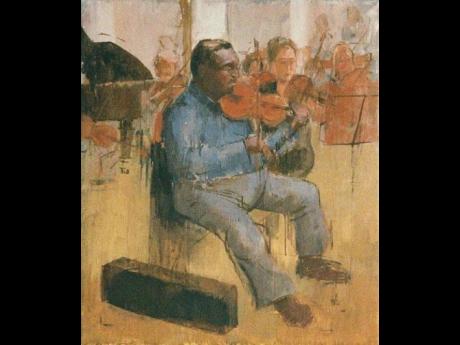 Although Edmund ‘Eddie’ Reid has passed away, his works and legacy will live on as one of the very few black violinists to have graced the stages of orchestras across the United Kingdom.

Reid died at age 85 on December 13, 2021, following a brief illness and will be remembered as the veteran violinist who fought and campaigned for a spot in the musical world in the 1950s, just before the United Kingdom started to desegregate in the late 1950s.

Reid was born in Kingston, Jamaica, on December 4, 1936, and was raised for most of his life by his aunt, Doris Reid.

Eddie, who was the youngest of four children, was taught to play the violin by his Aunt Doris. She committed to making every effort to help foster what she discovered to be his calling at a very young age.

Although she taught his other siblings how to play, Reid had apparently shown signs of promise and was later enrolled in various private classes to hone these skills that began to emanate from his initial introduction to the instrument.

Doris, though her primary profession was a midwife, also had expertise in playing the organ, violin and piano. She served as an educator by teaching the children within her family, as she was unable to have children of her own.

She also taught them basic etiquette, as well as a number of hymns.

Reid, a prospective violin prodigy, gave his first recital when he was only eight years old. Years later, at the age of 16, Reid was awarded a music scholarship by the Royal Academy of Music in London, where he studied under Sascha Lasserson, a Russian musician who immigrated to England in 1914 and spent the next six decades teaching.

Following the completion of his studies in Jamaica, the former Kingston College student relocated to London, where he pursued his musical ambitions in a new territory. But this was not without encountering numerous, rigid racial hurdles that would subsequently make navigating his new environment difficult.

Despite the fact that Reid was a gifted musician, he quickly recognised that if he wanted to build a name for himself in the symphonic arena, he needed to be “300 per cent better” than everyone else.

Although his ability to perform and credentials were never questioned, the Royal Opera House hesitated to cast Reid in 1964, delaying their choice for up to two months.

This was owing to apprehensions about how their audiences would react to the presence of a black man in an all-white ensemble.

But, unfazed by his difficult path to success, Reid began to break down many of the walls that life had erected to put his fortitude to the test.

Eddie and his wife, pianist Gretta Barrow, frequently collaborated on performances. Both performed at Wigmore Hall and Queen Elizabeth Hall in the late 1950s and for the Schubert Society of Great Britain in 1978, commemorating the 150th anniversary of the composer’s death.

After meeting as fellow students at the Royal Academy of Music, they got married in 1959. Their union resulted in two sons and two daughters. Reid is survived by all of them, as well as by his brother, retired Judge Owen Parkin, who is currently in Jamaica.

Reid continued working after retirement, celebrating his Jamaican heritage with the Reggae Philharmonic Orchestra up until 2015.

He went on to work privately as a recitalist and teacher until 2019, teaching both amateurs and those seeking further sessions to brush up on their craft in preparation for auditions for London’s leading orchestras.

In a tribute to Eddie, the Rehearsal Orchestra, which he headed for 21 years, stated that “he brought a wealth of experience and knowledge to the leader’s role,” describing him as a supportive leader who had strong opinions about orchestral string playing, but was always willing to try the alternative.

In 2020, Reid was awarded a Member of the Most Excellent Order of the British Empire (MBE) for his musical contribution and impact throughout decades of service in the arts community.

Reid’s niece, Dorette Saunders, who lives in the United States and was in frequent communication with him until his death, expressed her delight in being associated with a man of such integrity, intelligence, and remarkable success and influence throughout his career.

Reid’s inability to find accommodation or hotel rooms after his performances was one of his earliest obstacles, she explained, because racial prejudice was still at its peak at the time, and many people were uncomfortable with having a black man in their surroundings.

“It was very difficult for him, as the whites did not want him living there. So while he might have been on the same level with some of his counterparts and musicians who were white ... some of these places just didn’t want blacks, and they actually had signs up in their windows saying that they didn’t want [them], so he had an uphill battle in trying to overcome,” she said.

Eddie, on the other hand, not only survived, but climbed the ranks of his profession, becoming the best he could be, said Saunders, as his successes have made the family proud.

“It tells you something that ... I’ve always known about Jamaicans ... [we] are willing to strive and be at the top of your game to do what you have to do, to achieve what you need to achieve,” she said.

As a retired writer, Reid has served as an example to her and a source of inspiration throughout the years, with his accomplishments being a true testament “of pressing forward with God, knowing that what you do, you can make a mark ... [as] your work and your character proves who you are,” she said.