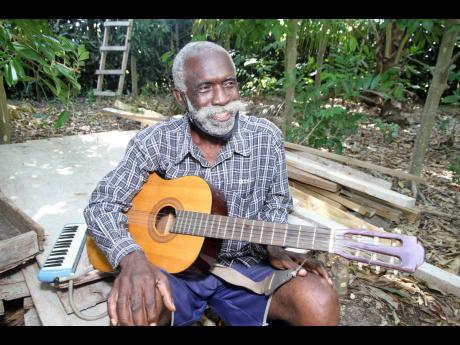 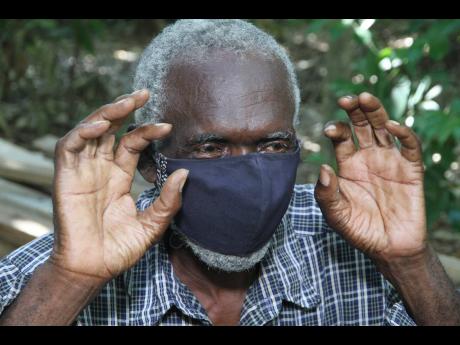 Nathaniel Stewart
McKenzie worked as a security guard up until 2018 when he retired due to problems with his sight.
1
2

After working for 26 years as a security guard with Mica Security Company, Stevan McKenzie had to retire in 2018 due to his failing eyesight.

Diagnosed with optic nerve atrophy – a mild to severe damage to the optic nerve which can severely affect central vision – McKenzie confirmed that he is slowly losing his vision, as he cannot maintain the Vitamin E that was prescribed for him to take, plus the diet required to aid in the process.

Surviving on a pension of $8,400 for the month, McKenzie, who lives in Rasta Corner – a community that falls between Sandy Bay and Free Town in Clarendon, said the pension is his only source of income.

His only child, a daughter who lives in Mandeville, works in a restaurant and as much as she would like to assist, he said she cannot afford to do so as she has her own overheads.

McKenzie said his problem is compounded sometimes by the fact that he does not receive his life certificate form on time to renew it, which results in a discontinuation of payment until the completed form is re-entered into the system.

His last payment was December 15 last year and he is yet to receive another payment, which he so desperately needs. Had it not been for Good Samaritans, who handed out food packages over the Yuletide season, he can’t imagine how much worse it could get.

“I always go to the Free Town Postal Agency to see if there is any letter there and when I went there weekly, there was none and up to the 11th of January, that was the time and I went to the Ministry of Social Security in May Pen and was told I didn’t go on time, but that is not true. I went there every week,” he related.

When The Gleaner reached out to Toshane Young, parish organiser for the National Council for Senior Citizens, she revealed that McKenzie and other seniors have contacted her with the same issue, as the computer system suspends payment if life certificates are not submitted on time.

“The fault is not so much of the seniors as when they go to the post office, the certificates are not there. If payment is suspended, they will automatically get it to meet the next payment date,” she explained.

Sharing how he creatively juggles to survive on his meagre earnings, he said his water bill averages $1,700 monthly and he uses the prepaid mode of electricity, topping up with $500 monthly. He does not iron, his fridge is not working and he cuts back on using the electricity.

Medical care for his eyes

While he could do with some top-up of food supplies and he longs to be able to get much-needed medical care for his eyes, McKenzie continues to do the best he can with his pension.

Reaching out to other pensioners, he encouraged them to “not live above what they can afford”.

“Maybe you used to live by a certain standard in life and now you can’t go up to that standard. You know you have to put pride aside and cut down on some of the things,” he said.

These days, McKenzie spends his retirement enjoying his hobby – playing his guitar and his melodica – something he said soothes him when he is stressed and when he is happy, he takes pleasure in playing it also.