Therapist: Elder abuse may be revenge for past ill treatments 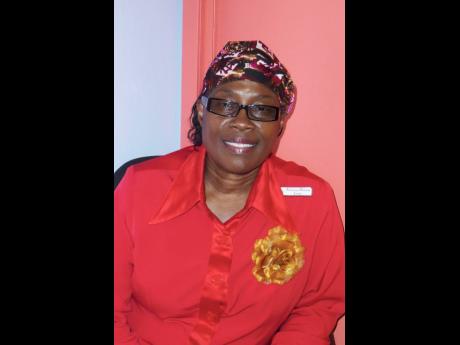 WESTERN JAMAICA-based family therapist Dr Beverly Scott says that many instances of abuse of elderly persons take place because the abusers are carrying out a form of revenge for ill treatments committed against them in earlier years by their now-elderly relatives.

Speaking with The Gleaner on Monday, Scott said that such incidents are more likely to be carried out by persons who were not raised in a loving environment, or if the offender suffers a mental defect.

“I have heard of it and seen it in my practice, and who I see doing it are those children who were abused by their parents and older persons. Children who have been brought up with love and care and respect for family do not do that, but those who do it are giving back what they got from the relatives when they were young,” said Scott.

“Some of them get an opportunity to give you back what you gave them, and some of them will say it too, that what you sow, you reap. ‘You remember what you did to me, and now you are complaining? You never thought I would grow up?’” Scott added. “A child who has been brought up in love and affection will not abuse their elders, unless there is a mental problem. How are you going to give what you did not get?”

She made the observation days after a reported incident on July 7, in which a St James street-sweeper was attacked and beaten by his grandson. The attacker was later sought by the police for illegal possession of a firearm, after he allegedly dropped the weapon and fled when they went to look for him in the New Ramble community in connection with the reported assault.

The World Health Organization (WHO) defines elder abuse as ‘the abuse and neglect of older people, which can take the form of physical, psychological, emotional, sexual, financial exploitation, or abandonment’.

In an article published on June 13, the WHO said that one in six people who are 60 years old and older have experienced some form of abuse in community settings over the past year, and that rates of elder abuse have increased by varying rates globally during the COVID-19 pandemic.

Last July, calls arose for the crafting of legislation to protect the elderly, similar to the Child Care and Protection Act which focuses on children, in an echo of a similar call by the Caribbean Community of Retired Persons in 2017. The later call came one month after the murders of 82-year-old Waterhouse resident Dorris Gordon and 90-year-old retired cricketer Clifton Williams.

However, Jamaica has had several reports of crimes against elderly persons which caught media attention prior to the pandemic, such as the August 2017 murder of 87-year-old Mitchell Town, Clarendon resident Syril James Morgan. The pensioner was reportedly killed by his grandson, who was said to be of unsound mind.

In the meantime, Scott suggested that one way to curb elder abuse among family members is to provide counselling, where they are encouraged to recall any good memories they may have of the elderly relative.

“Children live what they learn, and hurting people hurt people. What we can do is help them to look back at how they were brought up and to see if they can find the good things that had been done to them when they were young. What are the good things grandma or mommy used to do? We just have to start with the positive, and when they start to talk about the good things about a person, they themselves have a change of heart,” said Scott.