Clarendon blogger 'Leegates' gunned down after speaking out against double murder 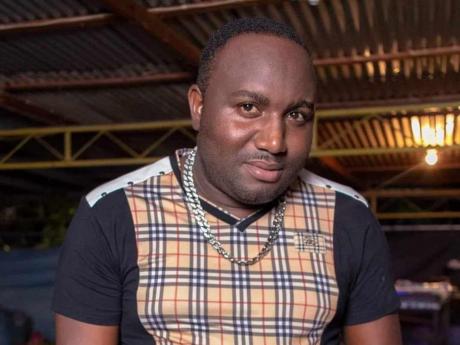 It is reported that McNeil was at a party when a group of men allegedly came up and opened gunfire on him. - Contributed photo.

Popular Clarendon blogger Leon 'Leegates' McNeil was murdered in Hayes last night, just hours after he commented on a double murder in the neighbouring community of Portland Cottage.

McNeil, 36, founder of Leegates TV and Entertainment, had expressed grave concerns about Jamaica's murder rate in a live Facebook video some five hours before his murder.

The Hayes police report that about 8:55 p.m., McNeil was at a party when a group of men allegedly came up and opened gunfire on him.

The police were alerted, and on their arrival, McNeil and another patron were seen suffering from gunshot wounds.

They were both taken to hospital where McNeil succumbed to his injuries.

The other man is admitted in stable condition.

McNeil then went on to implore his viewers to "be careful" and remain vigilant.

"People, mi ah ask unuh, please (including miself,) unuh just be careful out there because a whole heap a ting's a gwaan an a  whole heap a people involve in a some likkle tings ... yuh see mi. Yuh affi just careful when yuh deh 'roun certain people."

He added: "Nobody nuh have no love fi nobody again. The simplest things a man and man ketch up, nobody cyaa talk over nutten again, come on man."

McNeil's social media presence rose to prominence following his coverage of the killing of a mother and her four children in the Clarendon community of Cocoa Piece in June.

Since then, he has covered several issues of national interests, including protests related to the Donna-Lee Donaldson murder case.

The Lionel Town police report that about 4:10 p.m., Matthews was transporting Newland and other residents when upon reaching a section of the Portland Cottage main road, he pulled over to let off a passenger.

It alleged that the same passenger then brandished a firearm and opened gunfire at the vehicle before fleeing.

The police were summoned, and on their arrival, both men were seen with multiple gunshot wounds.

They were taken to hospital where they were pronounced.

Investigations into both murders are ongoing.