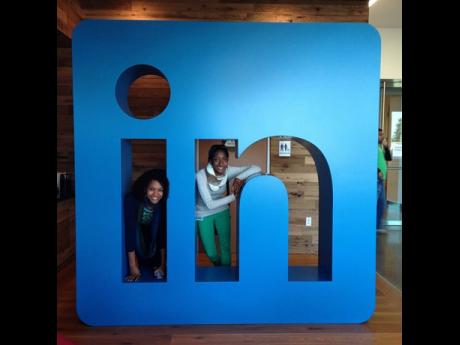 Contributed
Taylor (left) and her sister Gabrielle in one of the LinkedIn offices in Silicon Valley. 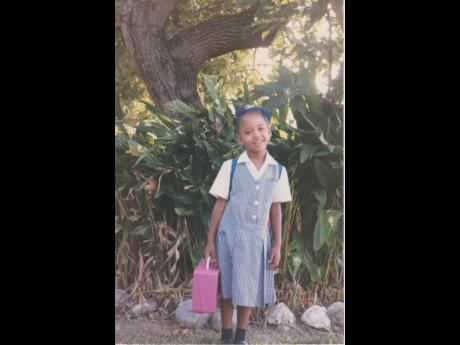 Contributed
Taylor while a student at Mona Prep. 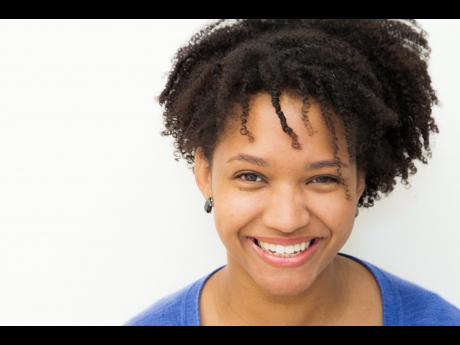 Contributed
A self-confessed maths and physics geek, Taylor admits that all the perks you hear of in Silicon Valley are true! 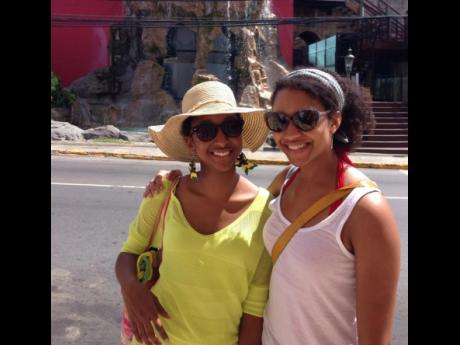 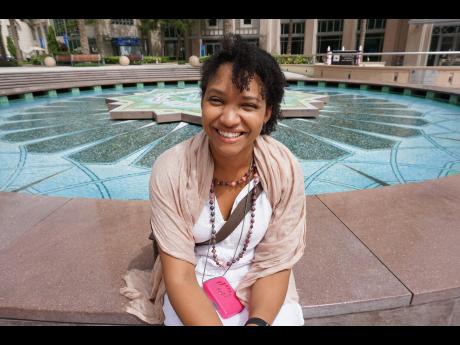 A few days ago, LinkedIn, the hugely popular professional networking site, unveiled a new messaging feature, allowing its users to have one-on-one conversations and group chats. The release was big news that captured the attention of tech writers the world over, with many predicting that the messaging feature would greatly enhance the experience of the site’s 300 million-plus users. The team that developed the feature from scratch must have been pleased. On that team was Kamilah Taylor, a bubbly, Star Trek-obsessed, Harry Potter-loving Jamaican.

Taylor is senior software engineer (iOS) at LinkedIn - a coveted position in the competitive Silicon Valley environment where requirements are stringent and demand for excellence is par for the course. Taylor didn’t land the job by chance. She's a self-professed maths and physics geek who, from an early age, developed a love for technology.

“I’m lucky to have grown up around technology,” Taylor told Outlook. “My dad bought us lots of educational computer games, and later on, my parents got me a Lego Mindstorms robotics kit, which I credit as the thing that got me hooked on programming,” she said. “I moved around a lot while growing up, so my education was all over the place. I attended Mona Prep through to grade five. I loved maths and reading, and actually got my first (formal) introduction to programming there. Then we moved to Atlanta, where I went to Holcomb Bridge Middle School and North Springs High School (a sciences and performing arts magnet school). I really got into my groove by the last two years of high school. I did a lot of the more advanced maths and science classes, and was president of the maths team,” she said. “I really missed home, so I moved back to Jamaica after high school, did a year of sixth form at Campion College, then attended UWI (University of the West Indies) for undergrad, where I studied maths and computer science. At UWI, I got really into physics and was very involved in the electronics club. After UWI, I went to UIUC (The University of Illinois at Urbana-Champaign) for grad school, where I completed a master’s in computer science, specialising in robotics.”

She remembers clearly, joining LinkedIn in 2012 as a software engineer.

“This was my second job out of graduate school. After a year of working at Wolfram Research, I decided that I actually really liked this software engineering thing, and I’d wanted to live in Silicon Valley since high school, so I decided to take the plunge,” she said.

“In late 2011, I applied to a couple of places, including LinkedIn, and as soon as I did my onsite interview, I knew that this was a good fit. Looking back, I’m so glad I made that decision because I’ve seen my own personal growth and the impact LinkedIn makes as a product.” Taylor’s parents were, understandably, quite proud that their daughter had been selected to work with one of the world’s most popular tech companies.

“My mom and dad were pretty thrilled about the decision, and they’ve both been able to visit and see where I work and some of the great perks I get,” she said. “People back home are often curious if the rumoured perks of working in Silicon Valley are true. They are! One of my favourites is that we get breakfast, lunch and dinner for free - and the chefs are amazing!”

Her parents still live in Jamaica. Her father, Ashley Hamilton-Taylor, who is originally from Portland, is a computer science lecturer at UWI.
"And my mom is Delta Taylor, originally from Accompong. She’s a teacher at St Andrew’s Prep School. I have a younger sister, Gabrielle, who went to Immaculate, and now attends Columbia University in New York. She’s actually also studying computer science, with a minor in materials engineering, so look out world!" said Taylor. "Growing up, I spent a lot of time in the country with my mom’s family in Accompong and in St James - nothing like a Doctor’s Cave beach day or some mannish water!”
Taylor’s love for Jamaica hasn’t dissipated. In fact, she has already visited home twice this year. "There’s no place like home," she said.

She credits her Jamaican roots for the determination it took for her to land a job in Silicon Valley.“I think that Jamaicans have this belief that we can do whatever we want, and it doesn’t really matter if the odds are against us or that we’re a small island,” she stated. “We’ve seen all these greater-than-life people emerge that prove this - Marcus Garvey, Bob Marley, Usain Bolt, and the list goes on. ‘Wi likkle but wi tallawah’. You need that belief that you’ll succeed against the odds to really shine in Silicon Valley, even more so as someone from an underrepresented minority group, and I carry that with me.”

Her journey has only just begun. Taylor is as wide-eyed and ambitious as ever, and is far from complacent.
“In the long term, I’d like to work at an early-stage start-up, and start my own company. Much longer term, there’s a lot I’d like to do with science and technology in Jamaica. I think we have a lot of people in the diaspora doing great things, and we can somehow harness this back home. My sister and I have this plan of one day opening a STEM research centre in Jamaica,” she said.

Her hope is to see more Jamaican girls get into technology.

"I absolutely encourage young girls to explore technology, it’s an amazing career to have, and as time goes on, we see it featuring more prominently in many other fields. In fact, this past summer, I was thinking about how lucky I was to be exposed early on in life, so I sent two of my younger female cousins in Jamaica to Marvin Hall’s ‘Lego Yuh Mind’ Lego robotics camp, and they loved it! One of my favourite moments was when one of my cousins texted me and said, ‘It wasn’t as hard as I thought it would be and I was the only girl in my group’,” said Taylor. “I regularly mentor young girls through different programmes, and some of them have gone on to pick computer science as their college major.”

Taylor says that one of the greatest things about working in technology, and at LinkedIn in particular, is that it never gets boring. "I don’t know that there is a typical day. That’s what I love about my job. There are definitely different types of days. There are the ones where we know what we need to solve but we don’t know how to do it. That involves more brainstorming, both by myself and others. Then there are, of course, the coding days ‘ no code, no product! There’s something magical about seeing something come out of nothing."