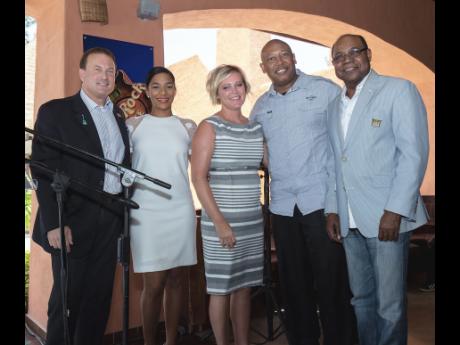 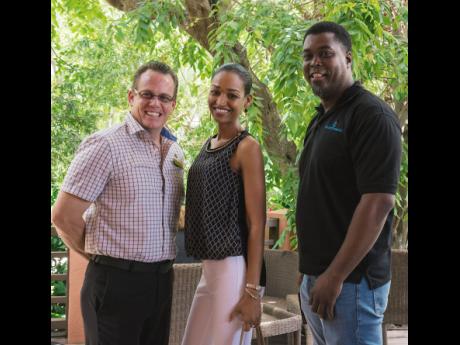 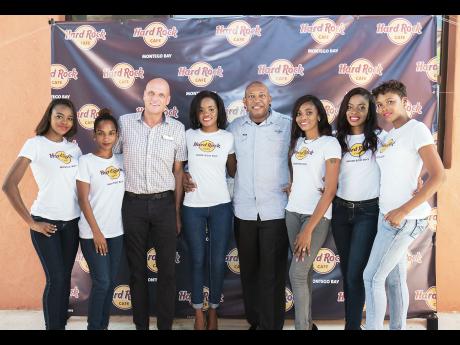 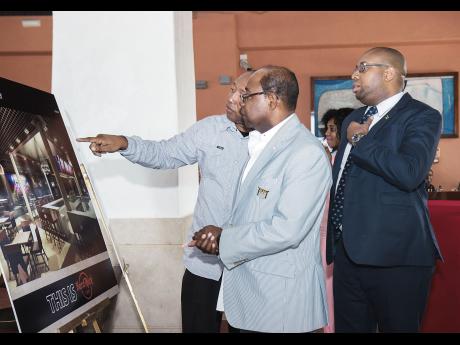 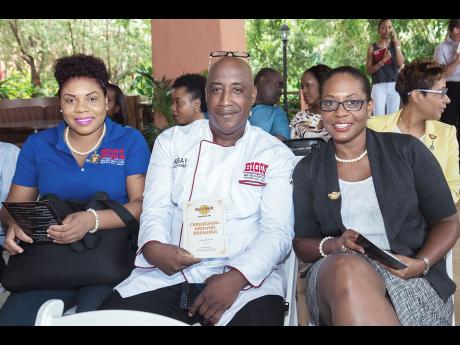 All smiles for our camera are from left: Olivia Johnson, Christopher Ramsay and Rosemarie Fuller of Bigg's Barbecue. 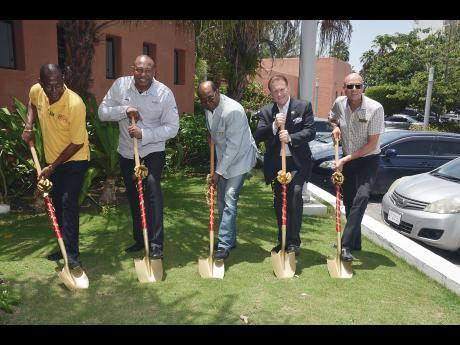 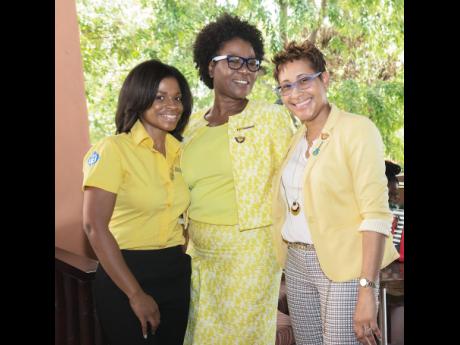 With a total of 198 venues in 63 countries (including 152 cafés, 21 hotels and 10 casinos), Hard Rock International (HRI) has finally broken ground for its home in Montego Bay, St James, Jamaica.

Being opened under the Vikings Production umbrella, HRI will take up residence at the former Seawind Beach Club, which is currently operated by Secrets Resorts, offering its collectable fashion, music-related merchandise, live performances, and great food.

"With Jamaica's reputation for great live music, we think that having a Hard Rock Café in Montego Bay is the right choice at the right time," said André Dixon, chief operations officer at Viking.

Dixon, who has lived in the resort town for the past 14 years, has dabbled in a number of turn-key projects in the tourism capital over the years.

In the past Dixon has cited a need for more entertainment options in the second city. "It must be mind boggling to some visitors when they come to a city like this only to find that there are limited entertainment options relative to the local and hotel population in this city," he told Outlook.