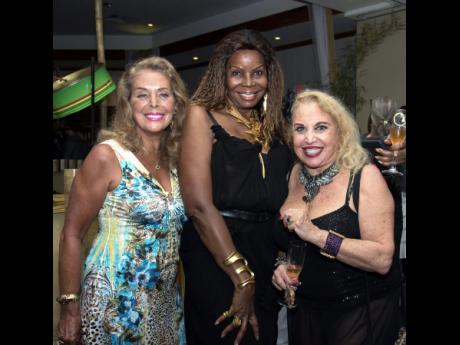 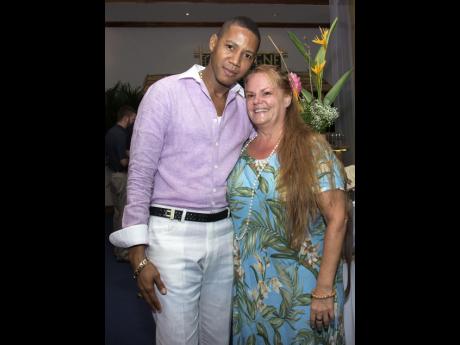 Contributed
Ramon Bremmar posing for our camera with Phyllis Scarlet. 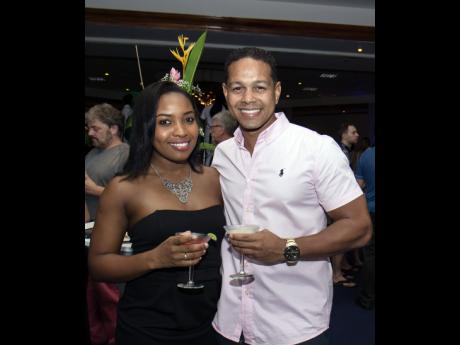 Contributed
Doniell Lawrence is all smiles with Nicholas Bromley. 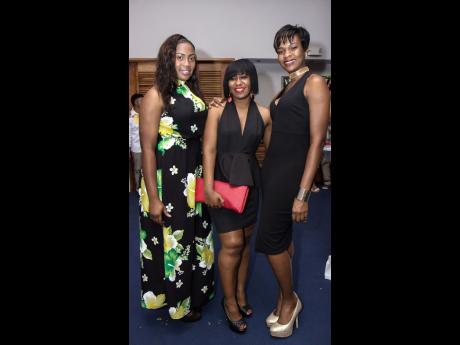 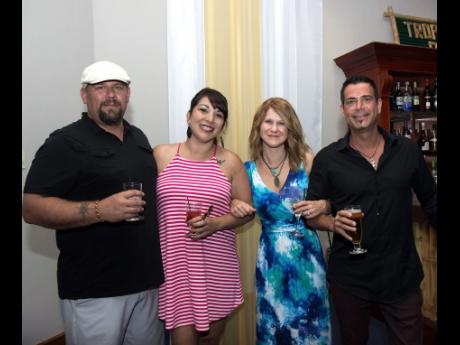 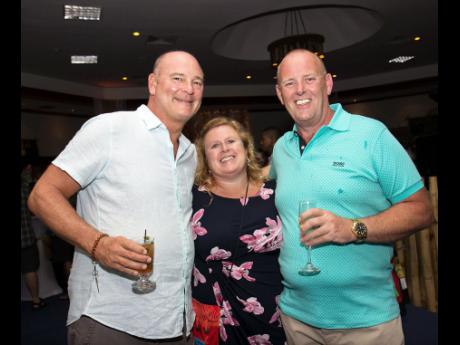 Contributed
Having ball are (from left): Jeff Belletier, his wife Robin, and David Brown. 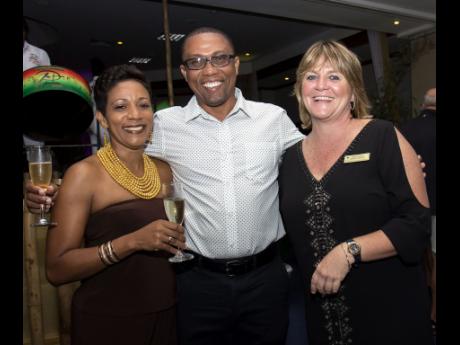 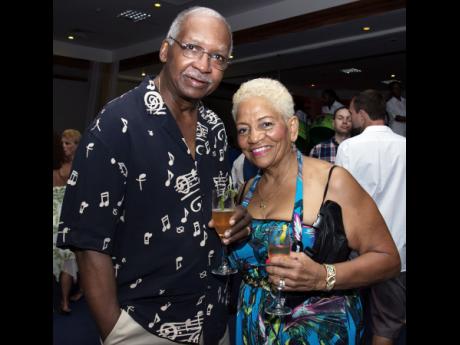 Contributed
Bernard Quick and his wife Barbara returned to the spot where they exchanged vows 26 years ago. 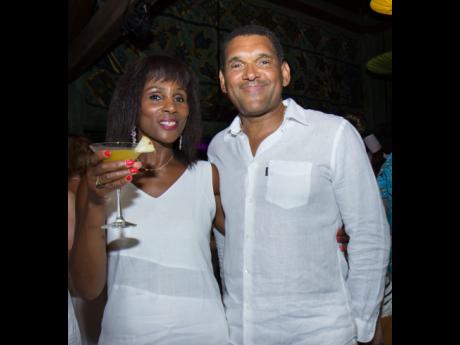 Contributed
Cheers from Angela Waboso and her husband David. 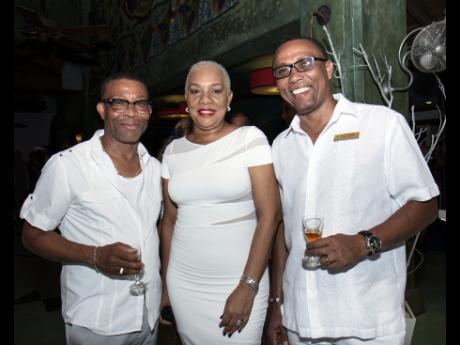 Contributed
From left: Richard Williams is all smiles with Denise Morrison and Wayne Williams, general manager of Couples Negril. 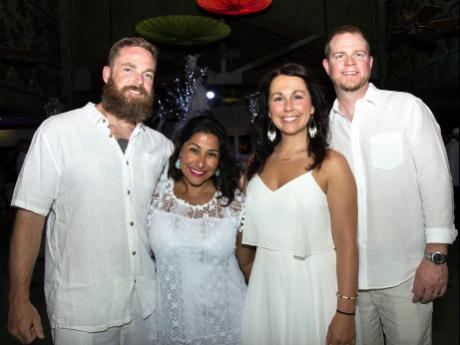 Contributed
It’s all smiles for the happy bunch of (from left): Kurt Markley, his wife Lisa, and Meghan and Steve Rak. 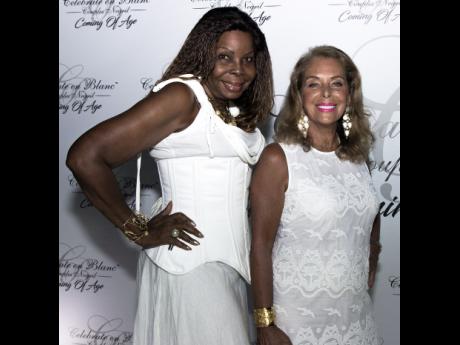 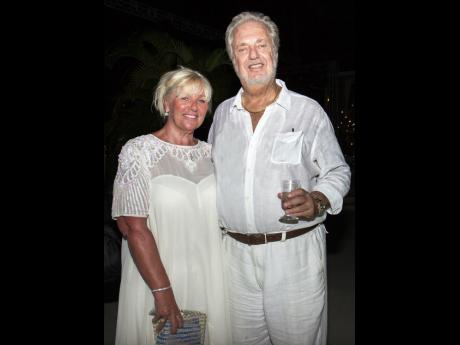 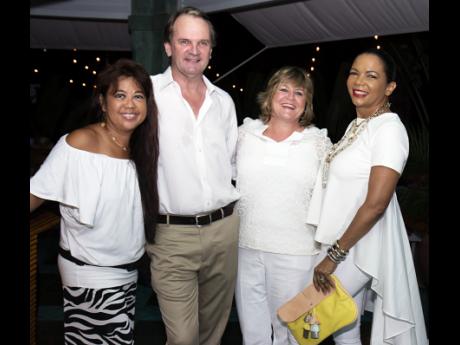 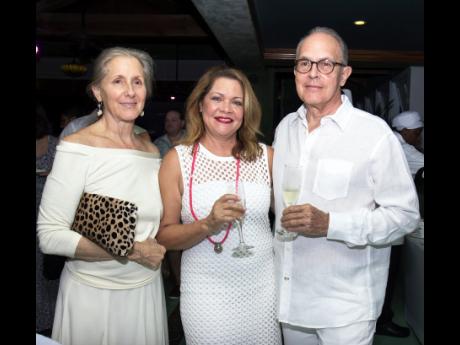 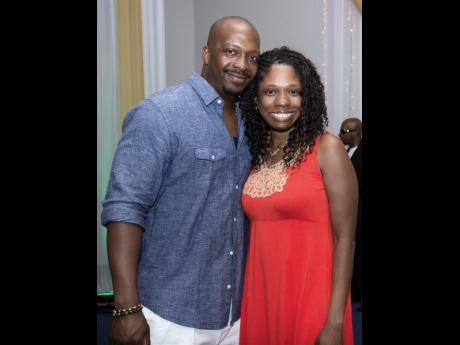 Negril is known as the 'Capital of Casual', but there was certainly nothing low-keyed or casual about Couples Swept Away's anniversary party held on Friday night, or Couples Negril's, which took place on Saturday.

Celebrating 18 years is an amazing thing, and the hotels did not hold back. They were legal to have a ball, and that they did. On Friday, Positive Vibrations steel band rocked the Aura Lounge at Swept Away, while bars were kept busy and guests sampled delicious treats during cocktail hour. Later, it was dinner at The Palms. But this was no ordinary dinner - it was an elaborate, delectable spread created and presented with the excellence for which Couples Resorts is known. During dinner, guests were kept well entertained by a performance from Trevor Nicks and the Silhouettes.

On Saturday, as the west end's famous sunset painted the sky, Celebrate en Blanc - a Parisian-themed event - got under way at Couples Negril. Guests, dressed in all-white, gathered in the hotel's lobby for cocktails.

Two skilled aerial dancers attracted lots of attention. Guests, most with drinks in hand, were transfixed by the gravity-defying acrobatics.

Dinner was heavenly, while a mento band, fire breathers and a fashion show provided entertainment.

Veteran performer Georgia Henry later took to the stage and immediately had everyone on their feet with disco hits such as Celebrate and I Will Survive.

As someone who has been doing this for almost four decades, Henry knew how to keep the party going. She was all energy, later running through hits made popular by the likes of Chevelle Franklin, Beenie Man and Shabba Ranks.

Now of age, there was no curfew, so Couples Negril partied the entire night away.