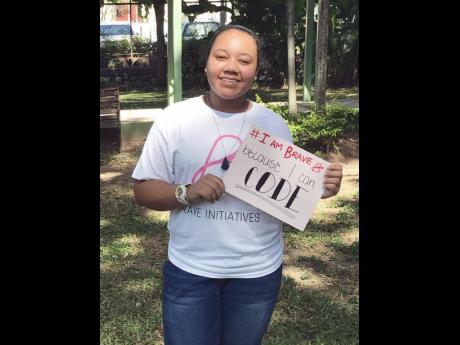 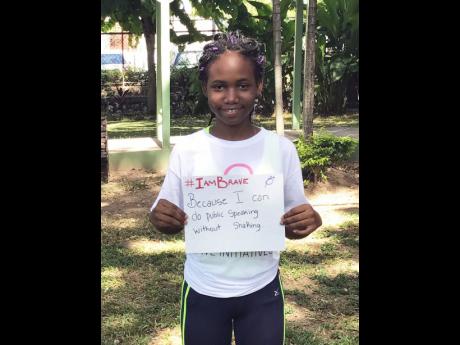 Contributed
Want your daughter to do public speaking without shaking? Then BraveCamp Jamaica is the camp for you.
1
2

They say girls run the world, but as far as science and technology goes, women are falling short when it comes to taking it on as a scholastic pursuit. However, one woman brave enough to change all of that is BraveCamp Initiative co-founder Anna Bethune.

Born and raised in Kingston, Jamaica, Bethune attended Campion College, where she nurtured her innate love for learning. "I come from a line of women invested in education. My mother has always been a huge supporter and one of my main motivators. My grandmother started her own school in St Mary and was a principal for several years. My aunt is an English teacher, and got her doctorate in education," she told Outlook.

Years later, she satisfied her hunger for knowledge by following her dreams all the way to Stanford University in California at age 17. She always wanted to study abroad, but knowing that her parents would be unable to afford the tuition, she decided to apply for a scholarship, which she received. She described Stanford as a wonderful experience. It was there that she was inspired to spread her wings and soar by starting her own business - Brave Initiative.

According to Bethune, only 25 per cent of the tech workforce is comprised of women. And of that, only three per cent of them are black. Those figures, she says, are for the United States. "Also, according to the president of the World Bank, two-thirds of the developing world's jobs will be lost to automation." So, she decided to tackle some of the country's STEM education challenges, giving back to Jamaica by igniting the passion for computer science in the minds of young girls, through her very own summer programme - BraveCamp Jamaica.

Brave Initiatives is a non-profit organisation based in Chicago, Illinois, while BraveCamp is the first of many of their programmes under the initiative. BraveCamp Jamaica, is a five-day camp, where girls learn coding, specifically HTML, CSS, JavaScript. They also learn design-thinking (a process that helps to think innovatively), public speaking and leadership. They are surrounded by supportive mentors from a wide array of fields, including technology, design, consulting, education, and business, among others. The core of the camp, she points out, is centred on self-efficacy (or someone's belief in him of herself). Every activity they do is about building self confidence in a particular skill, "We also think it's important to build a safe space for our girls so that they feel comfortable to bring their whole authentic selves into the space."

She added, "I want to make sure that Jamaican girls have access to this incredible opportunity. More importantly, I want Jamaicans to determine what role technology will play in our future. Building technical skills is important and great for your bank account, but how do we use technology to solve the persisting pervasive social problems we face as a society? How do we use technology to address inequitable access to quality health care and education? There's research that shows that when you invest in a young girl, you invest in a community. So that's why we're starting with the girls," Bethune told Outlook.

Learning how to start an organisation presented numerous obstacles for the new entrepreneur. She had to figure out how to file for non-profit status, taxes, as well as legal documentation. On a more personal note, she revealed, "Finding the courage to move on from people who, despite their best intentions, have thwarted my development because they felt constrained by their own inadequacies. Thankfully, these people have been few. I have mostly been generously supported and encouraged."

Currently finishing up her doctoral programme in learning sciences at Northwestern University, she plans on running Brave Initiatives full-time with her co-founders Emily Harburg and Jen Kamins, and take BraveCamp and other programmes to Jamaica. "I hope to run BraveCamps all over Jamaica in the next few years. And I'll also like to start developing meaningful partnerships with foundations, civil society, business and government. It takes a village!"

When she's off the clock, Bethune enjoys reading novels, relaxing with friends and family, travelling to new countries and watching Game of Thrones. Her advice to anyone wanting to start their own business is: Start with a small pilot first to see how your market will respond, figure out how to make it sustainable and then figure out how to do it legally. And make sure you are doing what you love.