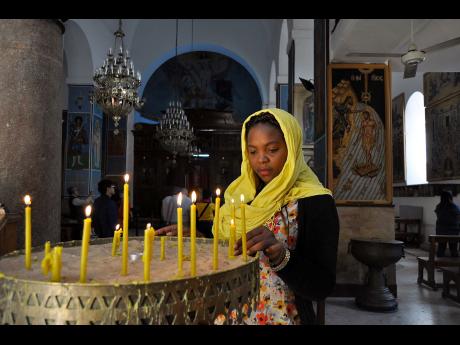 Contirbuted
Coombs lighting a candle at the St George's Greek Orhodox church in Madaba. The church houses the oldest mosaic map of the holy land. 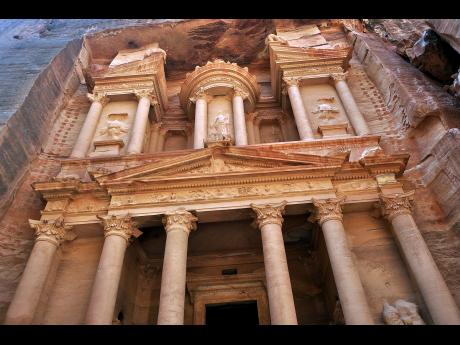 Contirbuted
The Treasury at the lost City of Petra. 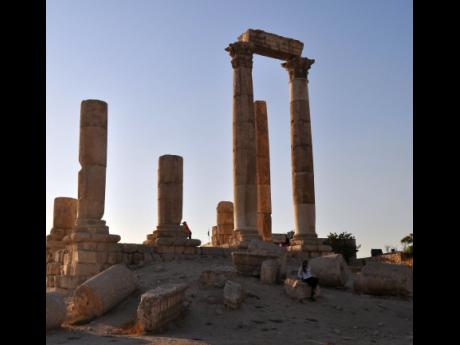 Contributed
Ruins of the Temple of Hercules. 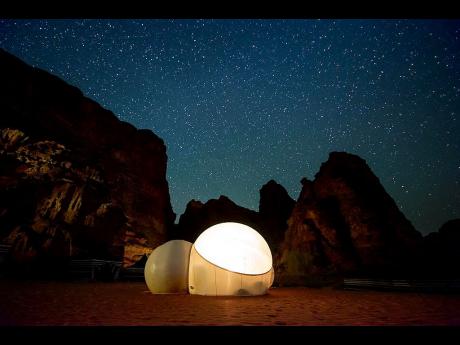 Contributed
Coombs enjoying staying in a luxury accomodation in the Wadi Rum desert. 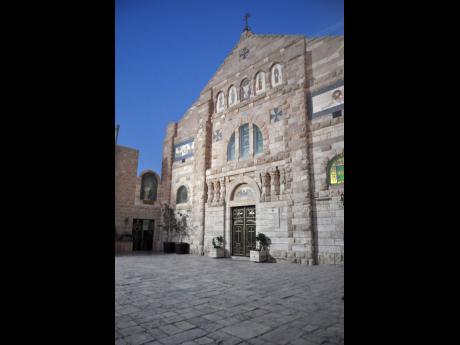 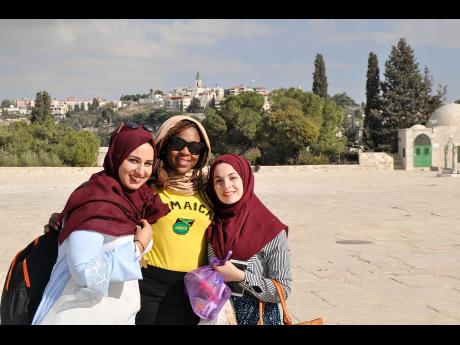 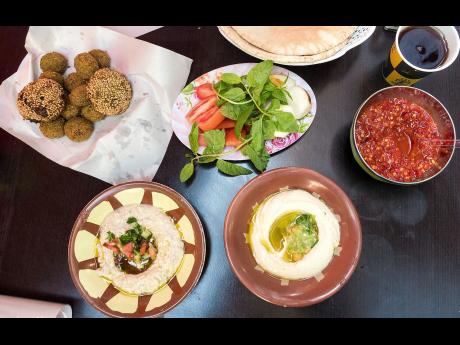 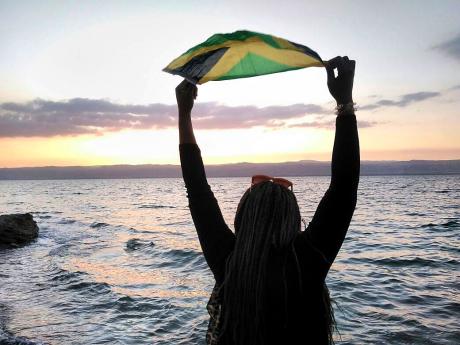 As a Jamaican, she told Outlook that she never dreamed of visiting The Hashemite Kingdom of Jordan.

"Sure, as a child, I had heard biblical references to the 'River Jordan', but knew nothing more," she added.

Fast-forward to October 2017. With a last-minute project shift, birthday plan reassignments and the added bonus of being able to work on the go, she could almost pinch herself as the reality of the fantasy finally sunk in - "I, Shanoy Coombs, was off on an October-November #JamaicanInJordan Exploration."

Amid the excitement, the thought which followed was met with a bit of concern that she was actually going to Jordan in the Middle East. Her mind went to all the stories she heard about life in "the middle". But after doing her research, she decided to layer up in the packing department to include floor-length dresses, flared pants, long sleeved tops, loads of scarves and a few blazers and cardigans. Upon arrival, she was pleasantly surprised to discover that theory was the opposite of the practical - Jordan is one of the more liberal Middle Eastern/Arabic nations.

Jordan, she says, is home to several historical sites. From the Amman Citadel, Petra, Ajloun Castle, Quseir Amra, Pella, Shobak Castle, Umm Ar-Rasas, many museums, the Roman Amphitheatre, the list is endless. Some of these sites give you an insight into Jordan's rich Roman history, evidenced by the majestic and extensive remains in Jerash, the Amman Citadel, Roman Amphitheatre, among many others.

As a thrill seeker, it was exciting to find outdoor adventures rooted in the midst of Jordan's cultural, religious and historical folds. A long drive in the deserts gives way to amazing views of vast open spaces where the sea and mountains appeared to kiss the skies. The adrenaline junkie in Coombs wanted to paraglide over all those open spaces.

"Continuing on to the Wadi Mujib canyon proved to be a thrilling test of physical strength as I navigated the expansive canyon which lies some 410 metres below sea level. A mix of spectacular rock formations, cliffs, narrow passageways and sometimes deep waters, it was nothing I could have expected, but everything that I needed as I climbed over rocks, floated along the rushing water and slid down mini waterfalls. If you go, prepare to be soaked from head to toe," she shared.

Also for the adult Doras and Diegos out there, Jordan's unique desert camping experiences is a must do. Coombs was fortunate to enjoy this treat in the Wadi Rum desert, where accommodation options are many and range from luxurious bubble tents with translucent sides to traditional Bedouin tent-like structures and even sleeping under the stars in a sleeping bag. "I chose a 4-star camp accommodation that came with a Friday night party, traditional meals and some of the most spectacular views of the stars that leave you feeling as though you are on another planet. If I do visit Jordan again, I'll be sure to book a more organic Bedouin-style camp experience and go sand-gliding and sunset-watching from the backs of camels or Jeeps."

If the mix of history, culture and religion weren't enough, to Jordan's southern end lies the coastal town of Aqaba in the vicinity of the Red Sea. "This town was so reminiscent of Jamaica - I felt right at home. From clear blue waters, party boats, water sports, parasailing, gliding, submarine and glass bottom boats, Aqaba had it all for the ultimate 'sun, sand and sea' vibe."

The famous Dead Sea, at the lowest level on earth, also extends along Jordan's banks, she shared. Being 9.6 times saltier than the ocean, the Dead Sea is known for its buoyancy and medicinal properties. With that in mind, her skin thoroughly enjoyed the mix of Dead Sea mud and salt water bath, which resulted in even softer skin after her Dead Sea float. Here's a tip: do not wear a bikini! Women are still expected to be dressed modestly even while at the beach.

And then there is Petra. The rose city or text city of mysteries, as it's affectionately called, is located between the Red Sea and the Dead Sea, extending for miles - an entire community crafted in rocks. "Accessible through a narrow rocky passageway called al-siq, Petra looms a stunning beauty, and forces you to pause and marvel at the handiwork. Best known for the Treasury and several tombs, houses, theatres, it has impressive historical significance and is said to have been occupied from prehistoric to medieval times. It's truly difficult to describe Petra's grandeur, but it certainly inspires that open mouth, awe-struck sort of reaction, she revealed. To truly explore Petra's vast offerings, she recommends spending at least an entire day there.

But what truly brought here #JamaicanInJordan experience full circle is the warmth of the people. People were generally friendly and helpful, she shared. And they would sometimes extend an invitation to have tea and a conversation. "As a native English speaker, I had no major issues communicating in this primarily Arabic speaking country, as many of the persons spoke fluent English or could easily find someone who did."

With what can only be described as a cultural, historical and adventurous hop, would she visit Jordan again? Yes! Coombs declared in a heartbeat!