For The Love of Drama with Maya Wilkinson 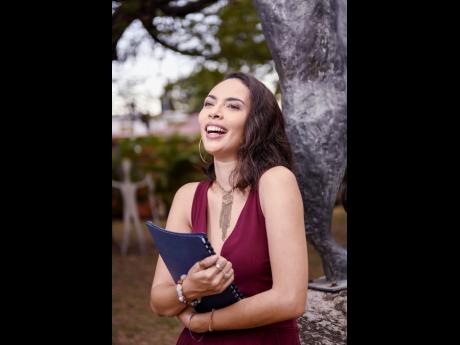 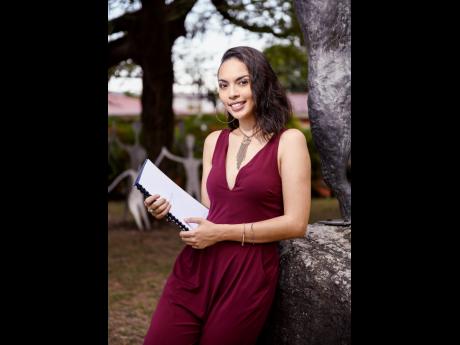 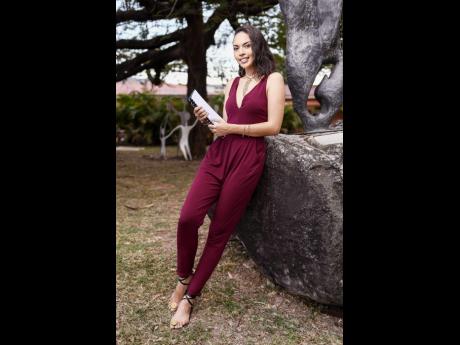 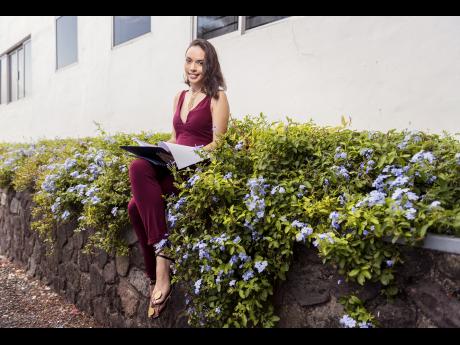 Award winning director, writer and multimedia artist, are just a few of the roles actively played by 27-year-old Maya Wilkinson.

Outlook got a one on one with Wilkinson to find out how she got her start and how her journey within the Jamaican theatre have been unfolding.

1. What influenced you to start writing and how did that influence manifest in your work?

I've been writing since I was about five or six years old. I was raised an only child by my mother, who was an English teacher and a lover of the arts, so I definitely inherited some of my attraction to literature from her. Writing was one of the ways I entertained myself and kept myself company. I am inspired mostly by visual experiences. I've always spent a lot of time observing my surroundings and watching people, and one of my favourite parts about writing is creating characters.

2. How did you get your start in theatre?

"Growing up, I had no access to theatre training outside of television or my summer trips to Kingston to visit my Aunt (my mother's sister) and her family. My cousins in Kingston were a part of the Jamaica Musical Theatre Company and I'd always wanted to be a part of something like that. One Summer I was lucky enough to be able to attend drama camp at the Edna Manley College, but it was not until participating in JCDC festivals while attending Montego Bay High School, that I began to see a possibility for theatre being a major part of my life. When I moved to Kingston to attend the University of the West Indies, I joined the University Dramatic Arts Society, where I started out as an actor and then began to explore other areas of theatre as a technician at the Philip Sherlock Centre. After acting in Quilt Performing Arts Company's debut production, I began my transition to being a writer and director when the company's artistic director, Rayon McLean, asked me to write for our second production after reading some of my work. I am still interested in acting, but writing is my true love and I am extremely excited to explore more work as a director.

3. What are the challenges that come with being a playwright?

"One of the biggest challenges for me is finding enough time to efficiently dedicate myself to my writing. Currently, my work time is divided between writing and multimedia design, but I spend more time with multimedia because at the moment, it is much easier to make a living that way. I want to be able to give my writing the energy it deserves, but I believe I'll get there. Another challenge is that of coming up with ways we can urge increased support on a whole, for Jamaican and Caribbean theatre. Theatre isn't on companies' number one list of events to sponsor and most people will choose a party or even a movie over a play, but I think it's very important that we, the artists work towards getting people to see the value of our work and understand the importance of telling our own stories.

4. Besides being a playwright, what else are you involved in/ passionate about?

"I experiment with many forms of writing, so I do poetry and short stories and I also write for the screen as well as the stage. I'm also a director of film and theatre. I've directed short plays and short films and debuted my first commercial theatre production with 'Heist' in July, 2017 and we are currently in production for a film I have co-written with Kaiel Eytle, called 'Heart of the City'. This will be my debut as a director for a feature film. I've also done some modeling and acting and I also do graphic design and video/film editing.

5. What is the main theme you try to bring across to your audience?

"I like to joke and say that I'm sending my audience a massage instead of a message - they say laughter massages your organs. I've witnessed the healing magic of comedy, but I am very interested in art therapy on a whole. At Quilt, we create devised theatre with the intention of curing and tackling social issues. Quilt's work isn't typically comedic, but the lessons and healing in the work are immense. With any work I create, it's never just a show. Theatre is about community and the whole experience from conception to curtain call, is therapy for the performers and everyone working behind the scenes, just as much as it is for the audience.

6. What is your favourite piece and why?

"I don't have a favourite piece, but 'The Lion King', has always been very special to me, especially since the director of the Broadway musical is a woman who is very inspirational to me. She was actually the first female to win a Tony Award for Directing a Musical. I don't have a favourite film piece either, but I am a huge fan of Tim Burton and Wes Anderson's work.

7. What do you attest your current success to?

"My upbringing. Everything about it, from my mother's nomadic tendencies (I've lived in over 15 different homes since I was born) to growing up as an only child, especially in rural Trelawny, has influenced the way I create. I also developed a strong sense of independence from a very young age and I believe this has helped with the transition to being an entrepreneur in the creative fields.

8. Who or what is your greatest inspiration?

"My mother is a huge inspiration to me, especially since we share a love for Literature and Theatre. One of my best friends, Rayon McLean - the founder and artistic director of Quilt, was also a major influence in sparking my belief that I could legitimately pursue a career in theatre and film. He showed me that great success is possible, even in a space where the support for local work is small; he has encouraged me to believe in my work and that we can bring about a positive change.

JAMAICA FILM FESTIVAL:"I co-wrote a film with Allison Harrison and Rayon McLean, that was screened at Jampro's Film Festival a few years ago. It won the most popular vote from the audience.

Wins: Best Special Effects, Best Sound Design and Best Lead Actor. 9. What are you currently working on? My latest project, Heart of the City is a dystopian sci-fi musical. It is being funded by Honeybun, who put out a call for Film Treatments with the intention of supporting an artistic endeavour. My cousin, Kaiel Eytle and I, along with Seretse Small, are putting this film together. Kaiel - producer and cowriter, me as director and cowriter and Seretse as music supervisor. Lead roles are played by Darian Reid and Everaldo Creary, and other main cast are members of Quilt Performing Arts Company (who inspired parts of the story) and other young musicians. The film will be released this year. The aim of the production is to prevent Kingston from getting to where it does in the film.

10. What are your current goals and how do you plan to tackle them?

"I would like to do an annual theatrical performance and keep making movies. I would also like to pick up acting again. Though I didn't intentionally seek it, the theatre space has been therapy for me through the years - healing and empowering me. I absolutely guarantee for myself that in my future, there is happiness and there is art."