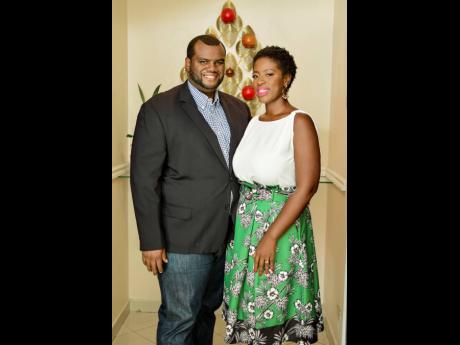 Upon first meeting Jordan Baskett, one is immediately struck by his warm smile and authentic personality. If you know Jordan, you know his infectious and robust signature laugh. However, his unassuming and engaging demeanour belies his true identity as a successful entrepreneur in the tech space, an area once dominated by socially awkward introverts. If one looks past his vibrant personality, though, all the classic markings of a techie are quite present – he displays what seems like infinite knowledge of just about everything, from international political developments, ever-changing tech trends, to the origin of those inexplicably hilarious Soulja Boy memes. You name it, he probably knows something about it.

Despite his many interests, Jordan’s passion has always been very focused. Born and raised in Ann Arbor, Michigan, a small college town surrounded by the industrial hub of Detroit, Jordan discovered and nurtured his passion for mathematics and technology very early on. So much so, that while his peers were consumed by pop culture and the latest trends, he was loading up his library card with books about coding and HTML. His mother, Susan Baskett, also instilled in him great respect and value for education.

Today, he is an established and sought-after tech guru, and heads his own technology firm – CRMmetry, the first licensed Salesforce consultancy firm in the English-speaking Caribbean, and the only one in Jamaica. Salesforce helps businesses across several industries improve customer relationship management (CRM) by centralising their accounts, leads, and sales opportunities in order to boost sales.

To paraphrase the famous saying, in the background story of every great man, there is a strong woman, and Jordan is no different. His mother – a proud woman of African American and Filipino mixed heritage – would prove to be the driving force behind the success of her only child. Susan, was a trailblazer, the first of only two people in her neighbourhood to go to college, and the only one to attend graduate school. She first worked at The American Red Cross as a casework supervisor, but realising there was little room for upward mobility and improved wages, soon set her eyes on greener pastures at the multinational automobile giant General Motors, where she had watched her own mother, Emelia, work the factory assembly lines for years.

Susan worked her way up from a marketing specialist to the coveted role of assistant advertising manager. Having been raised by these strong, odds-defying women, it becomes clear where Jordan Baskett gets his drive and strong work ethic.

While his friends were outside playing basketball, young Jordan was engrossed by tech-related television programmes and documentaries on A&E about business. A self-proclaimed movie buff, Jordan also dabbled in experimental film-making during his teenage years. He was heavily influenced by stories his mother told him about the business leaders she had learned about. This helped to shape his consciousness regarding what was required for success.

While his mother studied for her MBA, her circle of friends widened, which allowed Jordan to interact with other adults in the business world and experts in their fields, including a hedge fund manager who sparked his interest in the stock market.

Learning about the US stock market at a young age from an expert in the field, was a major game changer for Jordan, and this led him to study the field in depth. By studying the market, he gained important skills, including how to comprehend the ‘big picture’, strategise, analyse trends and develop extensive research skills. Little did he realise at the time that these skills would be directly applicable to his chosen career path, and become an integral component of his future success.

When he felt confident enough in his ability to accurately predict stock prices, his mother gave him money to invest in the stock market. When the time was right, he sold his stocks and used the money to buy his very first computer. That computer would become his escape from the drudgery of everyday life, and where he spent many hours during his formative years.

Now, sitting at the helm of his own company, Jordan remains mindful of the lessons he learned in his youth.

He shared, “The most central lesson I’ve learned is the importance of not losing sight of core values, both personally and in business. The inability to do so, I believe, has led to the downfall of many once-successful companies. The second lesson is that businesses must always make themselves adaptable to changing times. Take a look at the downward spiral of a number of companies, including Sears, their failure can be attributed to their inability to adapt to competitors like the online giant, Amazon.”

BUILDING A HABIT OF EXCELLENCE

At age 15, Jordan got his first job in sales at Best Buy, and within a year, moved on to Rockport Shoes. Despite his outgoing personality, trustworthiness and hard-working attitude, he never considered himself a natural salesperson. Although simple, these jobs taught him an important lesson he still applies to life today: how to differentiate between a potential sale and a window-shopper or, more simply put, identifying who is worth spending your time with. As a result, he consistently surrounds himself with people whose interests align with his.

A few years later, Jordan began undergraduate studies at the University of Minnesota, where he graduated with a Bachelor’s of Science of Business – Marketing degree. Before he graduated, he left a lasting impression when he interned at Pulte Homes, the third-largest home building company in the United States. Following the unexpected departure of his supervisor, Jordan displayed incredible initiative and took the lead on what needed to be done: selling homes. Unsurprisingly, he excelled at that, too, selling 10 homes in record time with relative ease by crafting a targeted email marketing strategy, long before email marketing became a common practice. Take into consideration that he was not taught nor instructed to do this. After analysing the pain points, Jordan devised a plan to reach clients in a more targeted manner, essentially working smarter, not harder.

FROM NEW YORK TO JAMAICA

After college, Jordan grew weary of his familiar hometown, and his sense of adventure took him to New York to explore new opportunities. His first few years in the Big Apple were a bit rough – Jordan was grossing only US$25,000 per year and could scarcely afford his run-down apartment in Hoboken. At age 22, however, he got his foot in the door at the leading cybersecurity company, Comodo Group, where he was first introduced to Salesforce. After much persuasion from a friend, Jordan transitioned to Yahoo! as an account executive for a year, then later moved to Monster.com, where he fine-tuned his skills as a business leader.

In 2013, Jordan’s fortunes received another major boost when he gained a position at Sterling Infosystems, now SterlingBackcheck, that landed him among the ‘big dogs’ on Wall Street. During his tenure at Sterling, Jordan grew more passionate about Salesforce, where he managed 1,000 system users unassisted, further establishing him as a force to be reckoned with. His move to New York would prove serendipitous, as it’s the city he met two persons who would forever change the trajectory of his life: his mentor, who encouraged him to pursue Salesforce consulting, and Andrea Johnson, the Jamaican national who would become his wife and the reason he now calls Jamaica home.

It was a mutual affinity for technology that brought Jordan and Andrea together in New York. She is a self-described serial entrepreneur with a strong love for her native country. Here, they saw a niche that no one else had filled, bringing the expertise of Salesforce consultancy to Jamaica. As a result, they founded CRMmetry, where Jordan serves as CEO and his wife is the director of business development. As a six-time certified Salesforce professional, the difference he brings to his industry is his wealth of international enterprise experience.

Jordan’s decision to move to the Caribbean was driven primarily by a desire to remedy the inefficiencies stemming from how many businesses in the region handle CRM. While there are a few CRM products preferred by Jamaican businesses, mostly because of their integration with other commonly used software, none currently compare to Salesforce. With more than 20 years of expertise, Salesforce has been recognised internationally for its excellent application in organisations of all sizes. In fact, Business News Daily recognised it as 2019’s Best CRM Software for Small Businesses, due to its comprehensive platform and user-friendly interface.

In addition to CRM functionality, Salesforce also offers users project management and workflow tools, content management capabilities, as well as seamless integration with a range of third-party software. Another major benefit of Salesforce is that it can be used by virtually any industry, from financial services to manufacturing to retail; the possibilities are endless. In short, it is the ideal tool for Jamaican businesses, especially in the current business-friendly environment.

CRMmetry was conceived following the realisation that if Caribbean economies were truly serious about achieving digital transformation, they would need data-driven tools, such as Salesforce, to increase efficiency. Reflecting on this he noted, “If IT departments were to invest in Salesforce right now, it would save them so much time to build business functioning rather than worry about security and doing redundant tasks that aren’t necessary.”

It is no secret that Jordan is passionate about improving the way in which Jamaicans do business, and it is this drive that has led him to become a leading advocate for change within the Jamaican IT industry.

Whether he lives in the US or Jamaica, one thing is certain about Jordan Baskett: his potential does not adhere to boundaries – geographical or otherwise. Much like its founder, his brainchild, CRMmetry, is a model to be emulated, one that continues to prove its worth and bring tremendous benefits to everyone it touches.