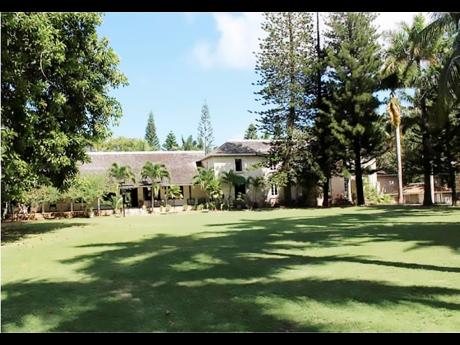 Contributed
A view of the great house from outside 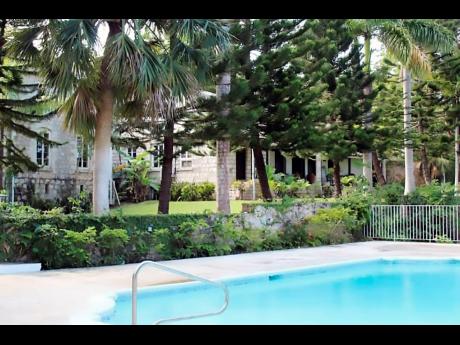 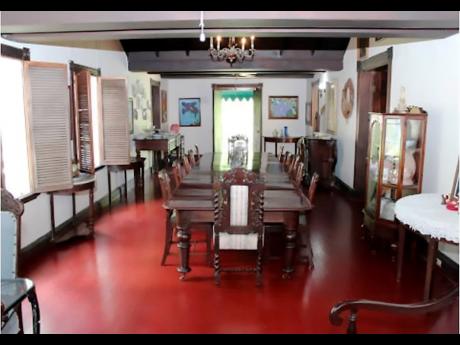 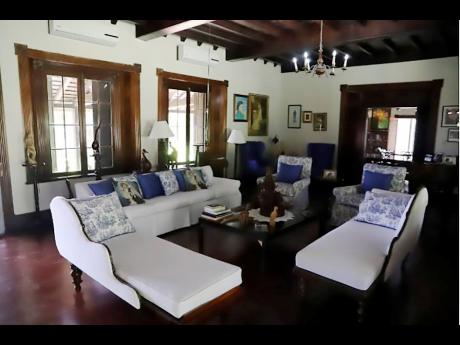 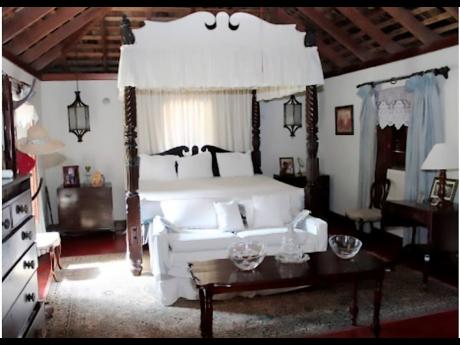 Contributed
The bedroom of Johnny Cash and June Carter - Cash 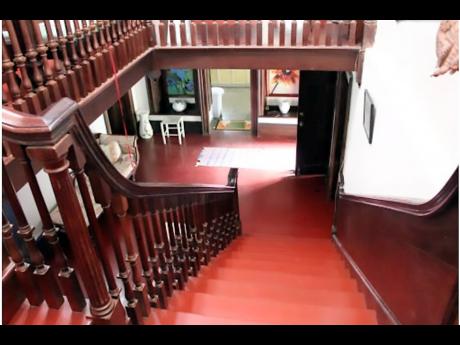 What compelling stories do historic houses reveal, and what significance do they have for us today? What so strongly connects us to them, and our lives to those who once lived within their walls?

Maybe this narrative on the 18th-century Cinnamon Hill Great House in Rose Hall, St James, will address those pertinent queries.

Constructed in 1760 by Edward Barrett, Esq, one of Jamaica’s wealthiest sugar barons, the plantation house, on 12 acres now, has been owned by George Robertson, Joseph Shore, the Hendersons, and John Rollins (who also owned Rose Hall Great house). In 1969, Rollins sold Cinnamon Hill to his friend, Grammy Award winning, country music legend and one of the top-selling singers of all time, Johnny Cash, and his wife, Grammy Award-winning June Carter Cash. It is situated up the hill, above the famous Rose Hall Great House, with coastline views, and it actually predates that structure.

Named Cinnamon Hill, because of the cinnamon trees originally on the property and located by the Cinnamon Hill Golf Course, it is built of cut-stone and stucco finish (with some walls three-foot thick), having gun ports to defend against slave uprising and pirate attacks. Cedar shingle gable and hip roofs define the roof line. The Georgian style is inviting, with polished mahogany floors and staircase (with wood wall panelling and intricate balustrade); old Spanish tiles on rear and wrap-around verandah; and valuable centuries-old antique furniture. Wood is everywhere, enveloping you with the warmth of its seductive look and feel.

There are six bedrooms and five bathrooms. A very large drawing room and a sizable dining room have been at the centre of togetherness for families, heads of government, famous singers, and movie stars. The interior continues with a breakfast and bingo room and a photo gallery room, filled with memorable memories. A very small hurricane room (with toilet, shower, and basin), has been specially designed in the event that, the wrath of nature takes its toll.

The exterior, with manicured gardens of tall mahogany, pine, and pimento trees, exposes a shimmering swimming pool and an elevated viewing and entertainment area (with dining gazebo and bar) called ‘The African Plateau’. Here Johnny recorded many a song in a most inspirational setting.

But this is not the condition the Cashes found the house. Far from it! They modernised and introduced electricity, indoor plumbing, kitchen, air conditioning, etc. Johnny and June loved the house. It had been their home for 40 years, and their love affair with it and the people of Jamaica was well cemented. Nothing has been disturbed since they both passed away in 2003 – four months apart. Clothes, shoes, furnishings, literally everything just as they left it. The house has since reverted to ownership by the Rollins.

It is a dream house given the Jamaican Heritage in Architecture award in 1986, a national monument protected by the Jamaica National Heritage Trust. Thanks to Michelle Rollins of Rose Hall (Developments) Limited for having invited Jamaica inside a remarkable dream house.

The history of a house is inseparable from the lives of its owners and when we ignore or allow a historic place to descend into ruins,we lose a part of who we are.