Thinking about the future - Yhordanka Akwanza pictures another side of life 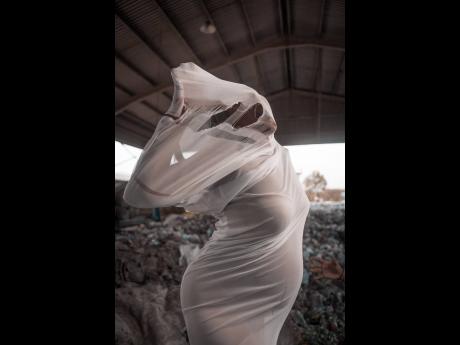 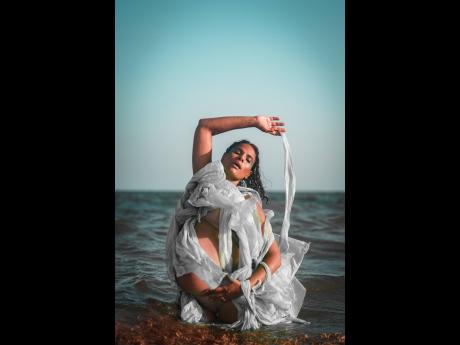 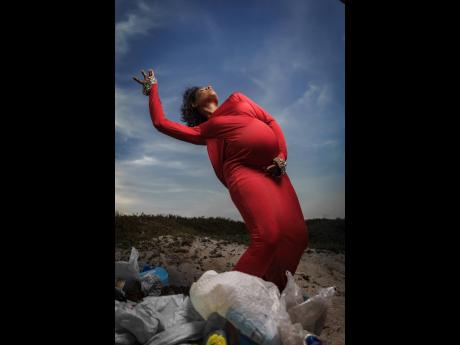 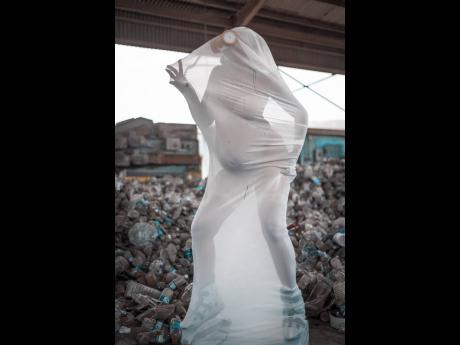 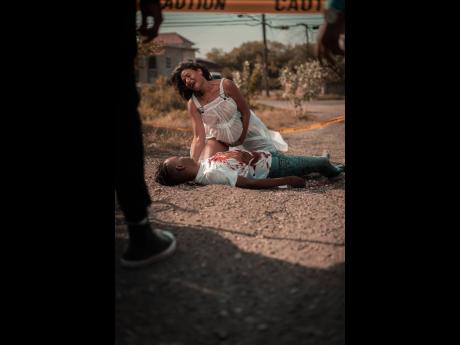 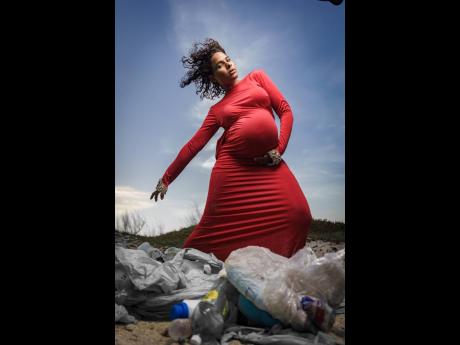 Traditionally, maternity photo shoots focus on the beauty involved with the evolution of the female body. The scenes are usually glamorous, soft, feminine and typically adorned with flowers and a flurry of flowing silk. However, for the co-owner and COO of Eyeland Eyewear, Yhordanka Akwanza, all the allure and beauty made her focus on the other side of life, which most of us choose to bury our heads in the sand about.

“I wanted to bring awareness to our planet and this beautiful place we call home that we keep destroying day after day with our neglect,” explained the passionate creative. Akwanza decided to turn her maternity photo shoot into a dynamic work of art with a powerful message, shot at the Riverton dump and along the coastline, which was overflowing with sargassum seaweed.

“The Riverton dump was one of the hardest, not because of the poses and the wardrobe, but emotionally,” explained Akwanza. Seeing the families living within the area was heartbreaking. Upon arrival at the beach, Akwanza was devastated at the amount of debris scattered across it and floating in the water.

The theme of the photo shoot is ‘Thinking about the Future’. Scene one focuses on trying to survive in contaminated air, filled with greenhouse gases.

“If we don’t do something fast, we will soon have to walk around with gas masks to protect us. Think about what an expecting mother is breathing into her unborn child every day. Think about the life this child will come to live once he is born,” said Akwanza.

The second scene highlights a mother losing her child to violence. The third scene poses the question, “How long will an ocean be blue?” Here we see an expectant mother being suffocated by garbage and plastic, like the turtles and fish in the ocean.

In the final scene, we see a sophisticated expecting mother who has been washed ashore. This scene represents the wide variety of items you will find in the ocean and on our beaches.

These images are suppose to evoke an awakening.

“I will like everyone to notice and do their part to protect our planet and with it, prevent the cascade of social problems. I want everyone to think about the future and to look at that child in their life and imagine him 30 years on,” said Akwanza.

The chosen locations were the best places to represent and transmit the message she wanted to portray.