Beyond the Lens: The creative enigma of Palmer the photographer 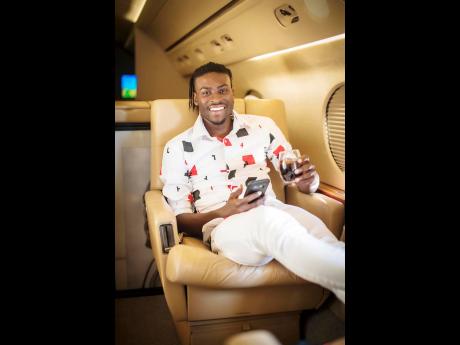 Contributed
Beyond the Lens highlights the journey of lifestyle photographer Jason Palmer. 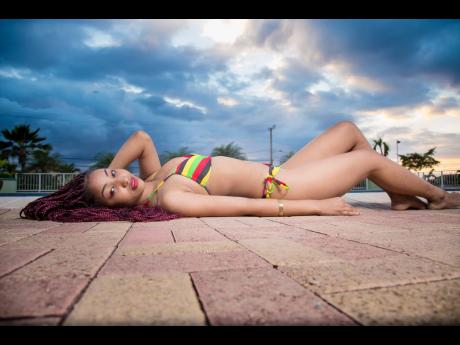 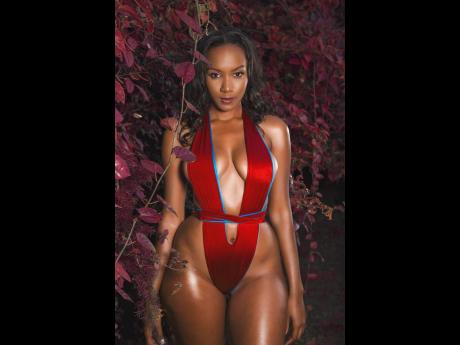 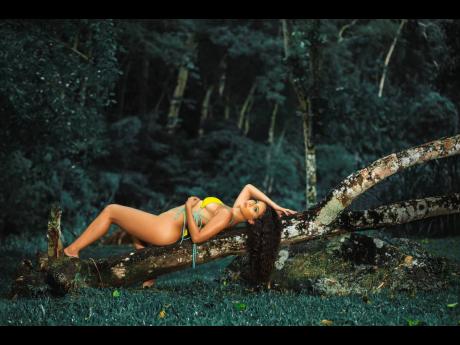 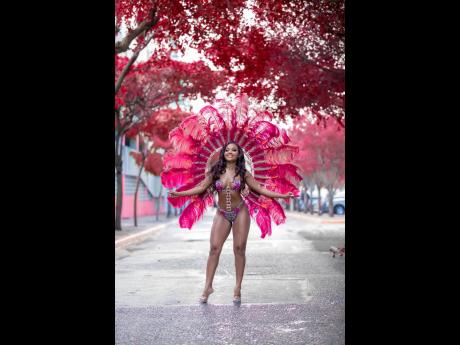 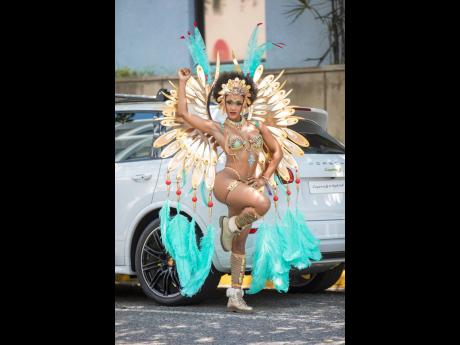 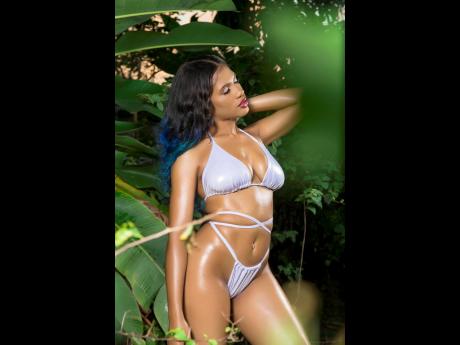 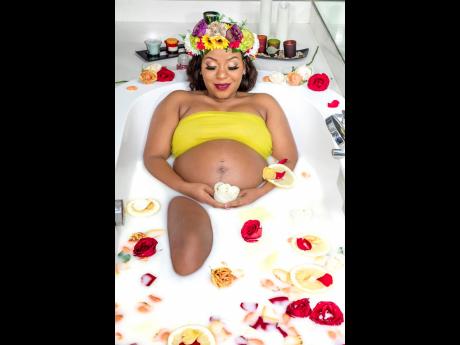 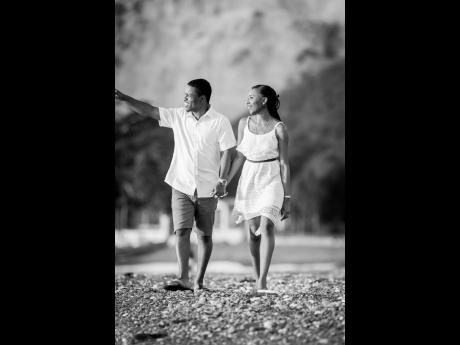 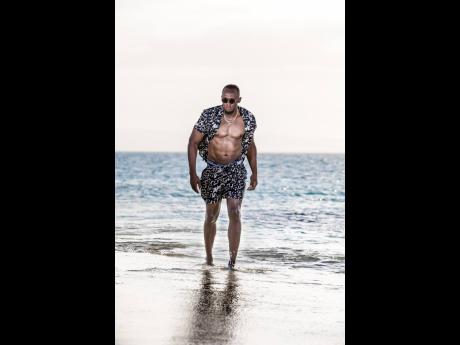 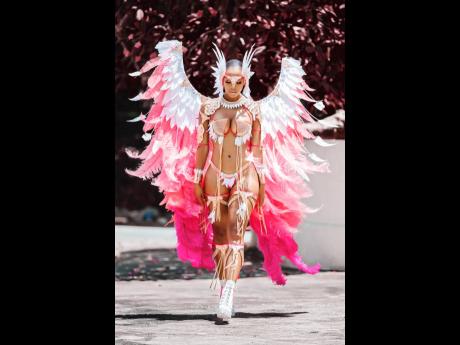 Many know him as Jay Enigma, but Jason Palmer has been reigning supreme in capturing brilliance in the fascinating field of all things lifestyle. Today, Beyond the Lens gets up close and personal, tapping into the creative enigma of Palmer the photographer.

It has been eight wonderful years since Palmer took up his first official professional camera and became a photographer, but his photo journey dates back to his teenage days.

“When I was 16, my dad gave me my first camera – it was a point-and-shoot Samsung. I still have it to this day. I was really excited to get [it] as a teen.” It was ironic, however, that while he was thrilled by the exposure of something new, he already had his interest set in the adventures of dancing. “The phrase, ‘Everybody can dance but not everybody is a dancer’ did not apply to my crew, Anoniiyiimous Dancers. We were hot! We used to run May Pen at the time!” he explained to Outlook. Fate intervened, seeing the bigger picture, and without realising it, he found himself integrating the two worlds.

He recalled bringing his camera to a party, taking a particular photo from the event and uploading it to Facebook. What happened next amazed him, “After uploading that photo, it went viral! Months after, people were still commenting and sharing the photo. The picture showcased the true definition of dancehall: a young man and woman dancing in colourful fashion.” A year had passed and persons were still liking and sharing the memory.

Two years later, he began his scholastic journey at the University of Technology. During his first year of study, TeamEnigma Promotion was born. The group, which operated in his home town of Clarendon, consisted mostly of young people under the age of 22 that provided marketing strategies and event consultation for other individuals’ events, all while hosting its own. Although the team supplied photography as part of the service package, Palmer was not the photographer. In like-minded entrepreneurial company, the team made waves on the entertainment scene in the parish, keeping the hottest parties and promoting successful events.

Since he was the first of the group to start university, and the only one residing in Kingston, he saw that there was great potential to grow the brand in the city. He needed a source of income to do this, as well as assistance with his studies. So he decided to tap into that niche through pictures. This sparked his whirlwind photographic journey.

“I remember my first year of doing photography. I had it real rough. I took photos for free during my first year of indulging in the art. Eventually, it got better after I had acquired and expanded my network,” he shared.

These days, he specialises in lifestyle and balances working for both Sleek Magazine and himself. “The photography field is a very flexible one: you are able to allocate time for each shoot working for a company as well as working for one’s own brand. Sometimes it’s a bit stressful, but at the end of the day, you have to prioritise and try to make everyone happy, while still looking out for yourself.”

The overall experience has been exciting and eventful. He has recently branched out into the glamorous fête of carnival.

“I have tried many different styles of photography, from weddings to events, landscape, architecture and real estate photography. And it is safe to say that carnival shoots are my favourite. They resonate with me and make me happy.”

One of his brands, Junglesnap, offers a premium photo shoot experience for revellers before they hit the road on carnival morning. Also, he loves that this genre allows the flexibility to travel. Each year, for the past four years, he has visited at least two new countries. This year, it was Trinidad and St Lucia. Visiting nine countries since January of this year, he plans on going to Grenada and Antigua next year.

Listing lack of funding, getting bookings and respect and willingness to pay the asking price as obstacles photographers face within the industry, he remains faithful in his talent, growing in stride and staying motivated by friends and the smile on a client’s or people’s face when he gets the opportunity to show them the true beauty outside.

Socialisation and communication are key parts of a shoot. It really helps to ease the tensions, and the results are amazing photos. He shared that his shoot with Dr Dewar is among his ‘faves’ because he helped her overcome her shyness in front of the camera with a good old-fashioned conversation. Another favourite photo shoot is one of my many shoots with the greatest athlete of all time, Usain Bolt.

“I was on my way to the designated location when Usain called me and said there was a change – ‘We’re going to the beach’. A few moments later, I was on a yacht heading towards Maiden Cay with Usain Bolt and JérÔme Boateng, a famous German footballer. I had no idea the shoot was for a big German magazine, but nonetheless, it’s JayEnigma, so I’m always ready! That shoot was epic!”

His advice to upcoming photographers is simple and vivid: start. “You can start photography simply with a smartphone. You can borrow or rent one until you can afford to purchase your own. Also, as a creative, it is imperative for you to be technologically inclined and also to do continuous research. There are various new software that are released regularly on the market.”

You can see a few of his photos online at: www.jayenigma.com. But to see more of his work, check out the following Instagram pages: @_jayenigma @junglesnap @jayenigmastudio and @sleekjamaica