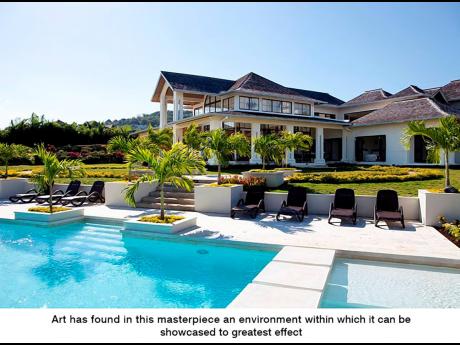 Contributed
Art has found in this masterpiece an environment within which it can be showcased to the greatest effect. 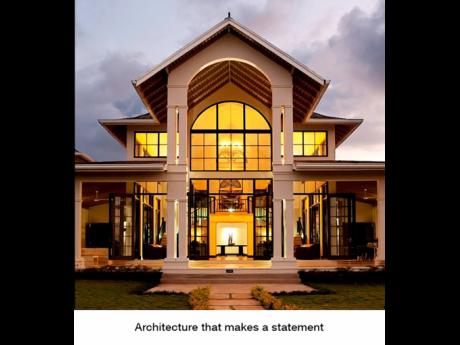 Contributed
Architecture that makes a statement 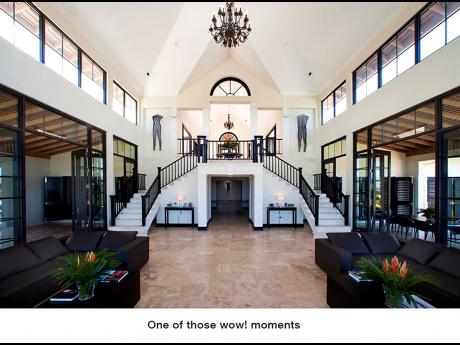 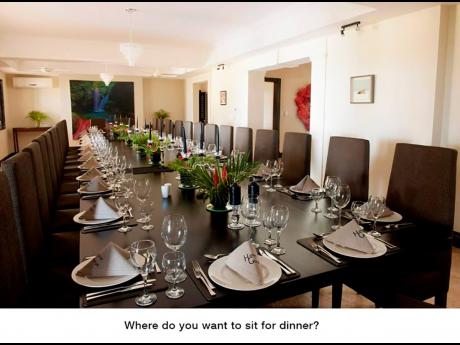 Contributed
Where do you want to sit for dinner? 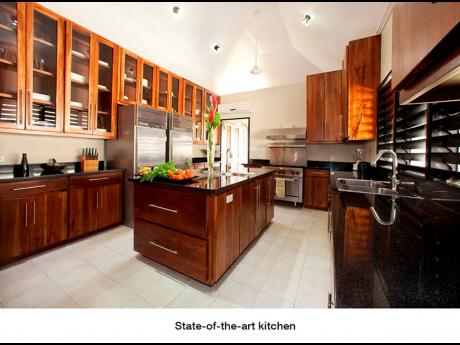 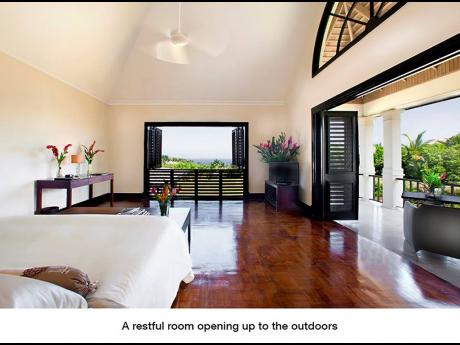 Contributed
A restful room openeing up to the outdoors 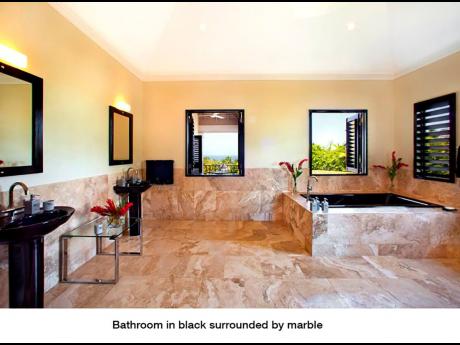 Theresa and Andrew Roberts have enjoyed time in the spotlight.

They have been interviewed on BBC and American TV stations, with their story being carried in every major national newspaper in the United Kingdom. They have been seen in the company of British prime ministers, those of the royal family and British high society. Our local media houses have also featured them.

I invite you to their Jamaican home so that we can fully appreciate what the hellacious hullabaloo is all about.

The mansion is to be found in Sandy Bay, Hanover. It is the centre of attraction for first-class cultural entertainment and parties, i.e. international royal ballet and opera performances, along with our own music ambassadors.

Theresa, who is just over 60 years old, was born in Black River, St Elizabeth, and left at age eight to live in England. She owns a property portfolio of houses and apartments in Chelsea that are all rented. The passionate lady is an avid art collector, being seriously involved in the European art world. She promotes emerging and established artists internationally.

She has been described as one of the world’s premier collectors of Jamaican art and, along with her husband, is a noted long-standing patrons of the Prince Charles Royal Drawing School and Buckingham Palace Habitues. Her pet peeve: men with oversized egos.

Andrew, her husband, who was born in Falmouth, Cornwall, is a retired private equity lawyer, specialising in leveraged buy-outs in England.

The couple live in London and have three sons and five grandchildren. Now, their time is spent managing their food venture, The Jamaican Patty Company located in the heart of London’s famous West End, Covent Garden.

Theresa had no intention of building a house in Jamaica, but her grandchildren asked their grandma why she was not investing in the country of her birth? She agreed.

Without further ado, we unlock the secrets of a residence that embodies art and architecture in a singularity of purpose and respect for each other. A prized masterpiece, thoughtfully conceived and executed for family, as well as to house and exhibit the fine collection of international paintings and sculptures throughout. It also incorporates a ‘long gallery’, known in architecture as a long, narrow room with high ceilings, often seen in old, grand English homes for the proper display of art, etc. In this case: exclusively showcasing the best of Jamaican works by its greatest masters.

Most areas lead to wrap-around verandahs and private terraces.

Finishes include, but are not limited to, mahogany parquet floors in the bedrooms, marble in the bathrooms and granite in the kitchen.

Curiousity will get the better of you with the colour black dominating the interior. Black furniture, black bathroom fixtures and linen, wood finishes and staircase railings etc; all climaxing with glittering, black Schonbek crystal chandeliers; world famously handcrafted and specially made to order.

There is an al fresco dining gazebo and a separate spa treatment gazebo (with whirlpool tub). Two heated swimming pools, to frolic in, the infinity-edge main one, and the other for children.

Why all this black theme? What is Theresa trying to achieve?

Theresa wanted to make a statement: that a black woman owned this house!