Jamaica: The heartbeat of the world 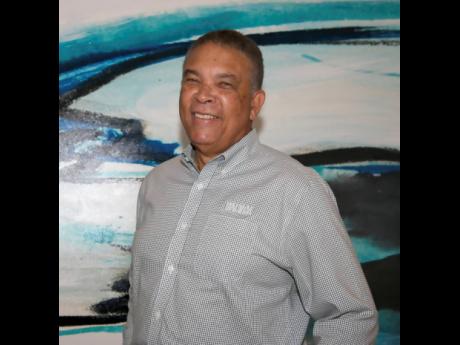 All flights point 876 this winter, thanks to the continued efforts of the Jamaica Tourist Board to expand Brand Jamaica into new markets.

Tourism remains one of Jamaica’s main industries, as it does with many islands around the Caribbean and the wider world. With much of the North Coast designated as tourist cities and hotspots, and Kingston’s recently appointed title as a UNESCO City of Music, the sky’s the limit for Jamaica tourism. Luckily for the island, the JTB is headed by people dedicated to the maintenance of Brand Jamaica, and with the help of strategically located travel agents and some well-thought-out campaigns, tourism in Jamaica is about to expand exponentially.

Outlook spoke with Mr Donald ‘Donnie’ Dawson, the JTB’s deputy director of tourism, about Jamaica’s exciting new arrivals from our neighbours to the North and from the South.

“We’re looking forward to a robust winter,” he assured, as Jamaica is expected to see a steady rise in arrivals from across the Americas.

“American Airlines has reintroduced direct flights from JFK (John F. Kennedy International) in New York City to Montego Bay,” something even Jamaicans can be happy to learn. No longer will you have to make the cross-island trek to your western destination from Kingston’s Norman Manley International. With 80,000 additional seats, there are way more ways to access the island, and one such route is through the American Midwest. According to Dawson, come December 22, Delta Airlines will be offering daily flights through the Michigan city of Detroit straight to the Jamaican north coast. Not only will there be flights from the Midwest, but flights from Canada will bring an additional 21,000 new seats to Montego Bay during the winter season.

Not to be left out of the mad dash to our land of wood and water is Latin America. LatAm Airlines now has a direct route from Lima, Peru, three times a week to Montego Bay. Tapping into the Latin American market has added an additional 54,000 seats coming out of the region.

“I got reports that these visitors were not only staying in the all-inclusive’s (hotels), but also exploring the south coast and staying in Airbnbs!” he asserted. “We’re looking forward to a fantastic winter season,” and given the projections, why wouldn’t they be. When asked about the upcoming availability (or lack thereof) of rooms, across the hotel belt, Dawson joked, “Nobody (hotels) should complain.”

While Dawson kept the launch of their upcoming January campaign close to his chest, he was happy to share the strategy that keeps us at the head of the pack.

As about 80 per cent of our stopover arrivals come from North America (the US and Canada), the JTB has a brilliant marketing strategy, one that won’t bankrupt us.

“We reach out to travel agents, as they are one of the major sources of business to the island, as well as working with airlines and tour operators to provide the best packages.”

With this multilevel strategy, the JTB ensures that Jamaica is accessible to the ‘major gateways’ while still remaining competitive. Travel agents are educated on tourism opportunities to Jamaica to ensure those airline seats are filled.

When Outlook asked how the JTB worked to make Brand Jamaica appealing to this new Latin American market, Dawson explained.

“One thing we found out is that Latin Americans love our music,” which is fitting, given that Kingston is now a ‘City of Music’. “We brought a lot of Latin American press (from Brazil, Argentina, Chile) to Jamaica and while we took them all over, they were really interested in our music.”

That’s something every Jamaican who has ever travelled overseas has had to contend with, being an unofficial Jamaican music ambassador. Through those efforts of the JTB, those media houses would in turn help to market Jamaica, especially to those music-loving Latin Americans. These new visitors may present an interesting dynamic to the Kingston and St Andrew metropolitan area as they come to explore and discover what the city has to offer.

Jamaica is still in high demand across the world, and thankfully, that demand will only continue to grow as Jamaica continues to establish itself as a destination for art, culture and history, while soaking up the sun.