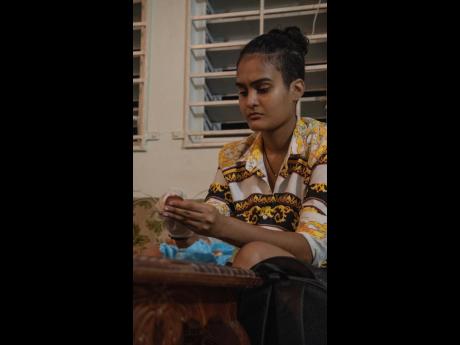 Contributed
Special effects makeup artist, Jessica Morris focuses as she gets prepared to transform a client. 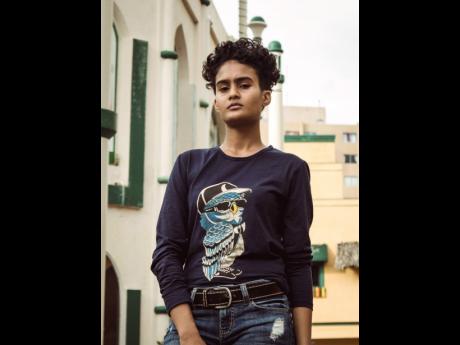 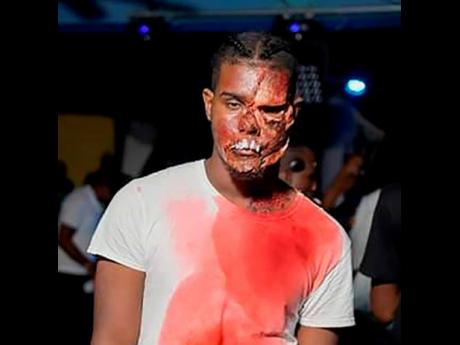 Jessica Morris is putting a twist to make-up. While other persons her age are making tutorials about what product is best for contouring and toning, she is exploring how to make a wound look realistic to the minutest detail. As a self-taught, special effect make-up artist, Morris has exceeded expectations after only starting her craft in June 2019.

“I actually started in special-effects make-up in June/July 2019. Then I took it up as a part-time job for myself in October, coming close to Halloween,” said the 21-year old. “However, I am trying to put it on a wider scale and not just something people consider just for Halloween.”

Morris described the beginning of her special effects art as a sad story. She told Outlook that she would self-harm when she got depressed, but one day inspiration hit, and the rest is history.

“I was actually depressed to the point where I was harming myself physically. But, of course, I had to work and I couldn’t go in to the working world with these scars on my arm,” she shared, “Then I also realised that when whatever that got me down had passed, the wounds were just reminding me why I did it, and it became a cycle. So, one day, I came across a video online about special effects and I was like, ‘Wow, this is really cool’,” she explained.

Morris further explained that she started to wonder how a certain wound would look, but instead of cutting herself, she used make-up and was pleased with how it turned out. She took photos of her creation, posted them online and was in awe of the positive feedback she received, and that is how Jesse’s Effect (@jesse_efx) was created.

Though persons were telling her that she belonged in Hollywood with such talent, Morris’ dream is to give back to her nation.

“I want to be able to invest my time into working with the Ministry of Health by making advertisements that show the negative side effects of having a non-communicables disease and not taking care of yourself,” she said. “I want to be able to expand my ideas and create other opportunities for the younger generation, and for anyone who wants to do what I do,” she said.

So far, Morris has had her work showcased during the Rose Hall Great House Night Tours, also on set of a Jamaican short film called Keisha directed by Dario Shields, and a recently released music video, Devious by up-and-coming artiste, Gizmo876.

Morris explained that with her short experience, she has inspired a number of people who always wanted to try special effects make-up, but always thought they would have to go overseas to pursue. She also shared that teaching the art is also an option she would like to explore.

“It [special effect make-up] became a positive light for me; I never looked at it as something that stemmed from depression though, I just always thought that I am really creative,” Morris told Outlook.

Morris hopes to go further in the entertainment industry working on films and music, and wants to teach the application of the art in the long run.