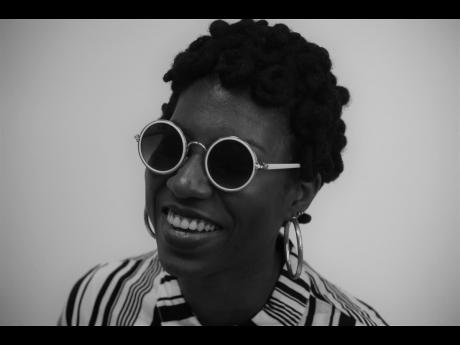 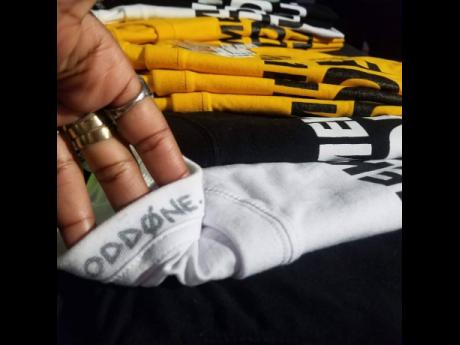 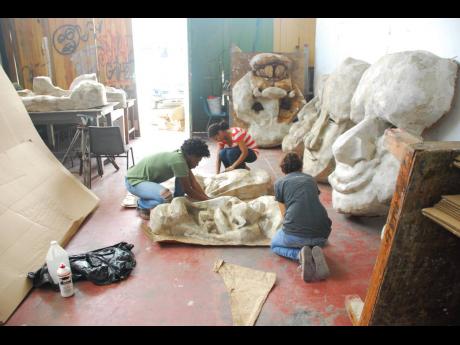 Contributed
Kareen Weir is seen here working along side fellow art students to complete her Sculpture Caricature as part of her independent study at the Edna Manley College of the Visual and Performing Arts. 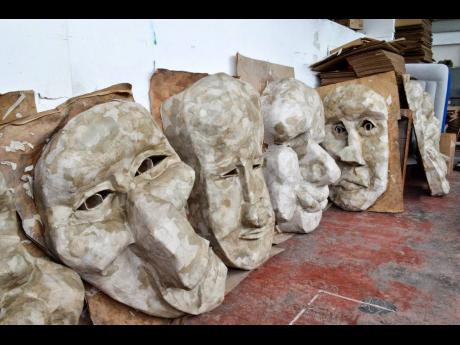 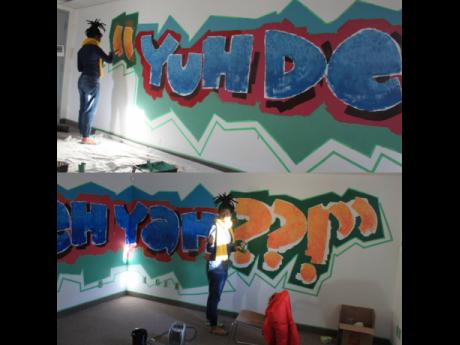 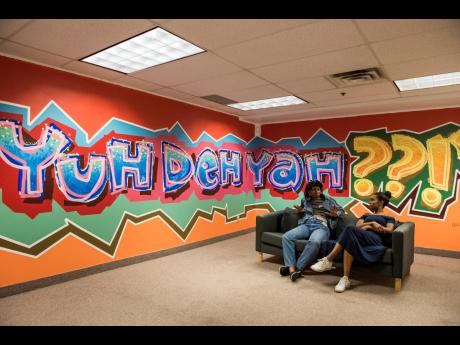 Contributed
Kareen Weir is seen having a conversation with her completed ‘YUH DEH YAH’ mural displayed in the background. 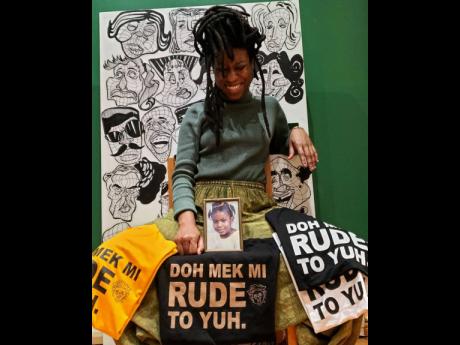 “You are already a part of such a small set of people who hold a vast amount of responsibility, not only to themselves, because most artists heal themselves while healing others through the work they are doing, but to their society and culture at large, we are the ones who visually, musically, dramatically communicate our thoughts, responses and answers to the questions of the world that we are living in,” said Kareen Weir, an artist who did not realise that this was her calling, though art was always with her. Weir shared that she actually wanted to study medicine but soon realised that her life was veering down a different path.

“[Art] was something I did to pass the time, something I was interested in, practised; something I enjoyed doing from an early age. I actually wanted to study medicine but learnt from early that physics wasn’t for me,” Weir said laughing.

Throughout her time at Wolmer’s Girls School, whenever Weir had to choose subjects, art was always in the mix. By the end of high school, she finally decided that art therapy was the way to go as she could mix her love of science in with art and still be able to help people.

She soon applied to a few universities, but with her mother’s prompting, she had two choices – The University of the West Indies or Edna Manley College of the Visual and Performing Arts – and she chose the latter.

“I think going to Edna was the best choice I made for myself in the last decade because it was where I needed to be,” shared Weir. “It fostered what I needed to do and I didn’t realise how much art had become a part of me until I went to Edna and fully immersed myself in an art programme.

This would set the stage for her to learn what exactly she wanted to produce, and how it should affect other people. For Weir, art is not just a passion, it is a responsibility; one she admitted to Outlook that she fought before realising her purpose.

“For me, I find that I have to continue to build on my heritage and the culture of my country in the way I know how,” said Weir, describing her motivation towards art. “I feel like the reluctance to take up the responsibility was because I wanted it to be a particular kind of way for me and it isn’t just glitter and sunshine; it’s a lot of hard work.”

This responsibility has shaped the work that Weir has produced as she tries to incorporate the Jamaican culture, especially the language, into her pieces as much as possible as seen in her ‘Yuh Deh Yah’ mural.

“I’m very dedicated to our language; very inspired by it, and it gives me so much joy that it doesn’t take anything out of me to make work with it because it is so fluid, and vibrant,” she said. “It speaks to such a deeper history that I have committed myself to including that aspect of our culture in my work at all times.”

Weir’s use of patois can also be seen in her line of T-shirts, which was initially created for a personal purpose, but has taken off so much that she is currently working on an online store to make purchasing and delivery easier.

“I printed the first shirt for myself and that simple garment pretty much spoke to all of me,” said Weir. “I had just [got] to a place where I was tired of people taking advantage of the fact that I am a quiet person.”

After wearing the shirt once, people were drawn to it for one reason or another because of its message which reads ‘DOH MEK ME RUDE TO YUH’ in bold letters across the front.

Weir stated that she is proud that, once again, her culture is going far and wide to places she hasn’t even been, just by selling these shirts which can be found on her Instagram page (@odd0ne).

Art has led her here and that’s why she has this to say to others:

“I encourage anybody to study art at this point, or to take it up or to use it as an outlet; as a means to relieve stress, to take your mind off things.”

Advice that could bring much more than was expected.