Road to Reggae - The making of Av&nte 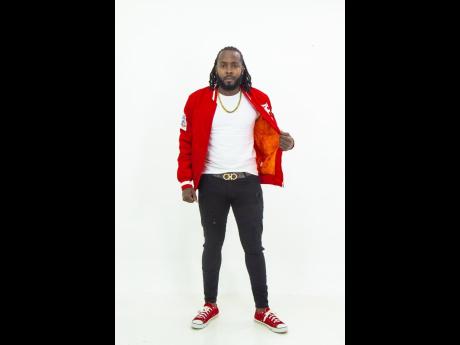 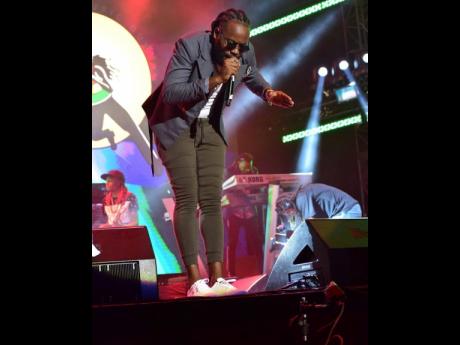 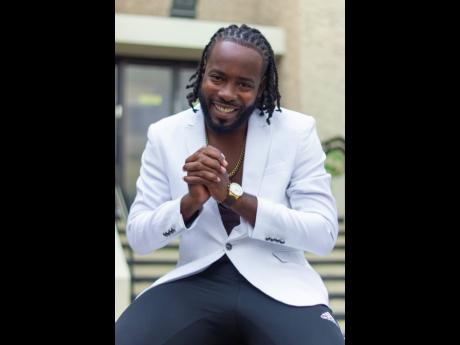 More often than not, if you ask a foreigner, ‘What is Jamaica known for?’ they will respond ‘Reggae’!

Reggae is undisputably one of Jamaica’s main cultural identifiers and has been a lyrical expression of hardships and triumph for both artistes and fans of the genre. February, which has been designated Reggae Month, reminds us of the industry greats, then and now, who strove to give voice to us as a people across international borders. Although Jamaica is the homeland of reggae, it is increasingly evident that in other parts of the world, the genre is gaining popularity, as there are a few notable reggae artistes not of Jamaican descent, who are enjoying success.

With the bar set high, our local aspiring reggae artistes need to find the formula to have a chance to be visible on the music scene and to continue the legacy. A few have managed to find a ‘breakout’ song that has given them the initial buzz, but the true challenge has been in maintaining the momentum.

Love and dedication to music

Emergent artiste Av&nte aspires to do just that since finding his love for music in his childhood years. During his time at Oberlin High School, he was lead singer for the school in the ‘All Together Sing’ competition. His love and dedication to music, and honing his craft, landed him a scholarship, awarded by the Nova Scotia Foundation, to study music education at the Edna Manley College of the Visual and Performing Arts.

Av&nte’s musical talent has continued to catch the attention of key industry players, who have given him the opportunity and platform to perform locally and internationally on stages that are the envy of all who wish to make a name in the reggae industry. Jamaica Jazz & Blues Festival, Tarrus Riley and Friends Christmas Concert, Summer Sizzle Festival, and most recently, Reggae Sumfest, and Popcaan’s Unruly Fest in 2019, are just a few of the shows that Av&nte has been billed for.

The challenge for 2020 is to find that hit song that will etch his name in the minds of reggae fans, gain the respect from his musical counterparts, and then ensure to consistently churn out hits to add his music to Jamaica’s revered reggae catalogue. Av&nte believes that having worked on his talent and learnt from the lyrical landscape, he is ready to give back to music through the guidance of his newly signed Kingston-based label, Ireland Records, and has since released his lead reggae single for 2020 Day & Age.

This year, Jamaicans and reggae fans will be able to do something they have never done before, give direct input in the shaping of an artiste’s direction and career. “Reggae is the voice of the people and is for the people, so if I am representing the people, they should have a say in how I represent myself and them,” says Av&nte, in reference to a project, soon to be publicly unveiled dubbed ‘Road to Reggae – Making of Av&nte’, which will allow the public to see and monitor the incremental growth of the artiste as he takes on his day-to-day challenges. Hosts of the YouTube show, Hear Me Out – Life Uncut, Sashelle Gooden and Antonette Newell, sat with Av&nte to get a better understanding of where the young act is heading.

There are a lot of emerging reggae acts. What difference does Av&nte bring to the reggae genre, and what characteristics do you think you have that will make you successful?

I write my songs like stories and then add melodies, so therefore, people will easily relate to the storylines. And the characteristics that you have to have in order to be successful in this business is to be patient, confident and determined, which I possess.

What can reggae fans expect from the new emerging artiste Av&nte for 2020?

Reggae fans can expect a lot of new music and music videos throughout 2020. I am basically using this year to build my repertoire as much as possible to set the tone of what the next 12 to 24 months from now have in store.

Who are the artistes that have had the biggest influence on your career so far?

Any upcoming projects or releases that we can look forward to?

Sure, I will be releasing a whole lot of new projects, the next one to be released is a song titled Anyone Else; after that I have other songs such as Running, Why, Begging Fa More, just to name a few of what I have in store.

Musically, what has been the difference between Av&nte five years ago and today, and what has led to that change?

I am an all-round musician now as compared to five years ago when I could only sing. Now, I can actually build some beats for myself due to my abilities on the piano. I could already write the sheet music for whatever I was doing. So being able to play the piano on the level I can now has made me a much stronger artiste and surely a cut above the rest, in my opinion.

How do you think your formal training in music will help to advance your career?

It has helped my career a lot, actually. I know how music should be constructed, and the different keys and tones. I am an artiste who can work alonside an engineer to produce me. I know and understand the end product of what I want, and that is as a result of the training that I have had over the years.

What’s been your biggest lesson so far in the entertainment industry?

The biggest lesson that I’ve learnt in this industry is never to underestimate anyone’s ability and talent, and always be a student of reggae music.