Breaking barriers one degree at a time 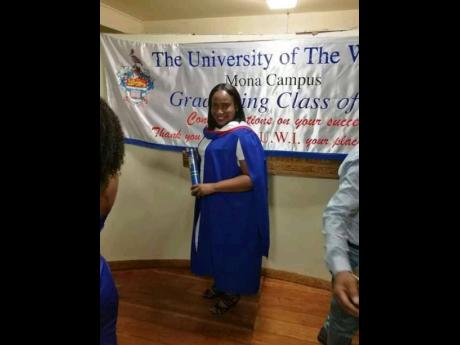 Contributed
Jody-Ann Pottinger smiles with her degree in hand after graduating from The University of the West Indies. 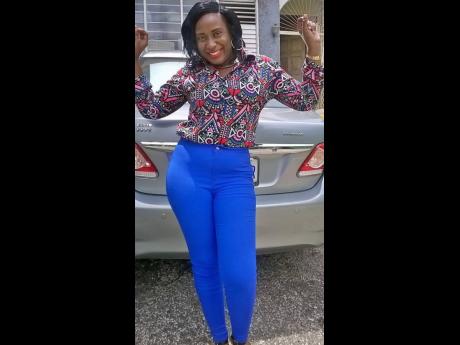 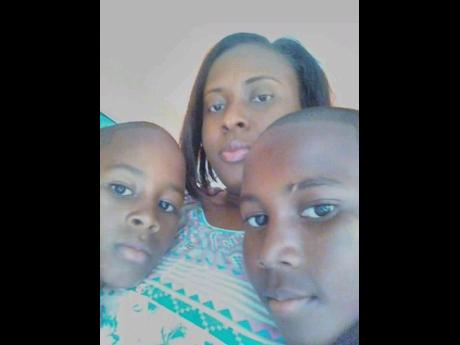 Contributed
Jody-Ann Pottinger with her sons, Xavier and Jaequan Stanley. 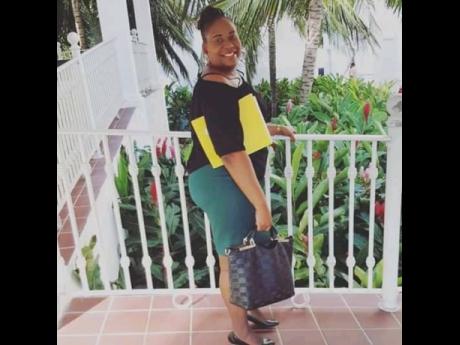 Contributed
Jody-Ann poses for the camera.
1
2
3
4

THROUGHOUT THE ages, there have been young girls who have become mothers before they are mentally or financially ready, and this usually results in their future being ruined. There are some, however, who, with help and support, usually from family, are able to bounce back from their stumble and create a promising future for themselves and their family.

Jody-Ann Pottinger is one such person. After have her first child at 18 and then becoming pregnant again at age 20, her future seemed dim. However, despite the backlash from her community and her father’s lack of faith in her, she never lost faith in herself and her ability to reach her goal. Pottinger managed, through hard work and determination, to attain undergraduate and master’s degrees before her 30th birthday.

“I was hopeless and devastated even though I trusted in God,” recalled Pottinger. “I thought my dreams were dead and at times I would cry all day and night. People slandered me, making all sorts of negative utterances. Many said, ‘Give her a few more years and we’ll see another baby’.”

She explained that the feeling of devastation was amplified by the fact that she was her family’s only hope of breaking the cycle of poverty.

“I was supposed to be an agent of change; someone to break that financial curse that existed in the family,” said Pottinger. “I grew up in a rural community called Woodstock in Claremont, St Ann, where we had no electricity, and sometimes we went to bed hungry. I didn’t know what it felt like to buy a proper lunch at school until I was in fourth form. But thanks be to God for my best friend, Kamonia Morris, who always provided food and bus fare.”

Pottinger said that she was devastated by her situation of being a pregnant teen, because she felt as if the change that was necessary for herself and her family would never happen. However, with the support of her mother, Sharon Simmonds-Pottinger, she enrolled in the Brown’s Town Community College, where she pursued pre-university studies in the arts and social sciences programmes.

Pottinger said: “When my last child was two years old, I didn’t have the money, but I knew I had to make a move. I started Brown’s Town Community College without a dollar. I then applied for the Earn and Study Programme. All that money went towards my tuition. I also got a scholarship from Noranda Bauxite Partners. God definitely made a way!”

After completing her Caribbean Advanced Proficiency Examinations, Pottinger moved on to The University of the West Indies, Mona, where she attained a Bachelor of Education degree in language education. But this leg of her journey, too, had its share of challenges.

“During my undergraduate tenure, I was homeless for an entire semester. I struggled, but eventually got help from my church family. At that time, I ate only once per day. I later got a student’s job with the Department of Language, Linguistics and Philosophy, and the Director of Security Office, which made the rest of my academic journey much easier,” Pottinger shared.

When asked how, despite everything, she endured in her undergraduate years and did not throw in the towel as others probably would have, Pottinger told Outlook, “I was determined to finish my degree. I knew I could not come back home to a poor family who was depending on me.”

She took this determination straight into studying for her master’s degree in educational psychology, which was subsidised, and the remainder paid from what she earned as a Mona campus police officer.

Again with the support of her mother, who took care of her sons – Xavier and Jaequan Stanley – while she was pursuing higher education, Pottinger has achieved a lot and knew she would make her mother proud, despite the initial disappointment.

“I am currently a teacher of English language, literature, and health and family life education at St Mary Technical High. I am also a restorative justice facilitator at the Ministry of Justice, Port Maria, where I take pleasure in facilitating the conflict-mediation process. I also volunteer at Jamaica Society for the Blind,” said Pottinger.

She also owns a small loan business call Microcash Financing Limited and is looking forward to becoming a realtor soon. With all these achievements, Pottinger plans to start her doctor of philosohy study in psychology at the Walden University in the upcoming academic year.

“Through it all, God has kept me and delivered me from a desolate place. With Him, nothing is impossible, we just have to trust His timing,” Pottinger said.