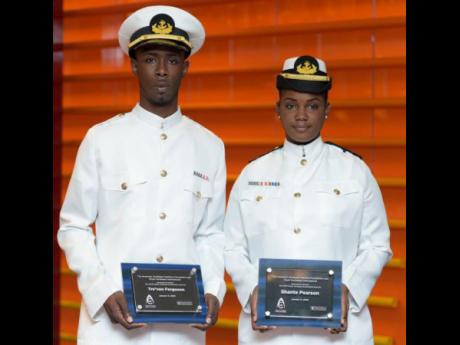 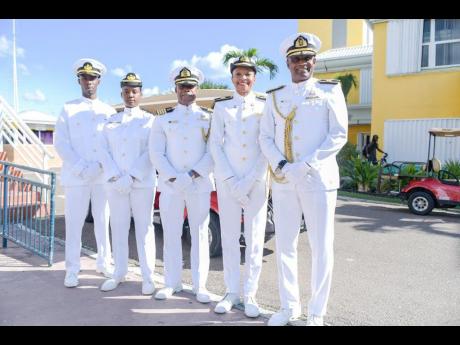 Tre'von Ferguson and Shante Pearson, recipients, were awarded at a ceremony held on board the Royal Caribbean Symphony of the Seas (the largest Oasis-class cruise ship in the world) on Friday, January 11, 2019, at the Prince George Wharf in Nassau, Bahamas.

Both are also the first beneficiaries of an Articulation Agreement between the CMU and the government of The Bahamas, where students from the Lowell J. Mortimer (LJM) Maritime Academy in The Bahamas can matriculate directly to the CMU to pursue the management level marine programme.

Speaking at the ceremony, Professor Fritz Pinnock, CMU president, expressed his gratitude to the ACMF and Royal Caribbean for their support. "I want to thank Dr Geneive Metzger, president of the ACMF, for her commitment and work with the foundation, and Michael Bayley, president of Royal Caribbean, for his passion and care for regional development."

ALL FOR THE STUDENTS

"The ACMF believes in the power of partnership. The best ones are where there's a mutuality of interest, and that is why we really love working with Royal Caribbean. There is no bigger stakeholder in the maritime sector in the region. They get the importance of what we do in supporting the CMU," said Geneive Brown Metzger, founder and president, ACMF.

"Both recipients are now international ambassadors of the ACMF and Royal Caribbean," she said. "We now challenge them with the hope of all they can be and with the unwavering determination to be that as their success supports the strategic endeavours of the ACMF for 2019 and beyond."

Ferguson will pursue his undergraduate degree in marine transportation at the CMU. "I'm excited to get the opportunity to study at CMU. They have a great programme down there (Jamaica), which is like my second home - sun, sand, and sea - much like The Bahamas," he chuckled.

"I really want to thank the entire team who made this all come together," Pearson said. "This scholarship has given me the opportunity to further my career in the maritime field, and I'm now inching closer to becoming a captain on board a cruise ship," she said.

The next scholarship award ceremony will take place in Jamaica, where further discussions are expected to take place regarding job placements of CMU students on board Royal Caribbean cruise ships.