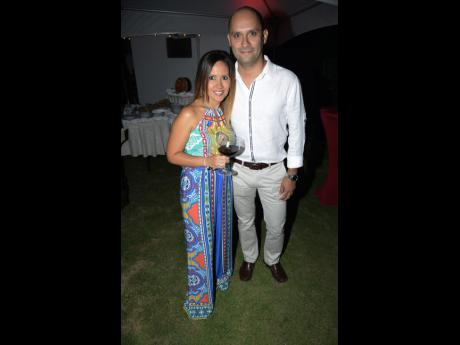 The lovely Claudia Rendon and Ivan Borrera were among those in attendance. 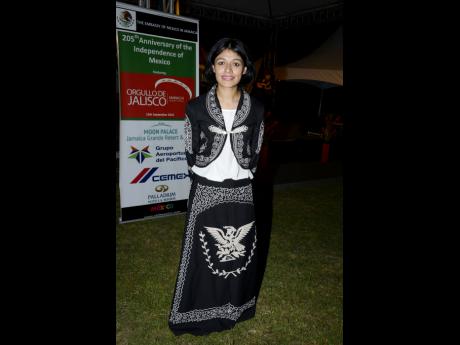 Araceli Grave Aguilar complements the band in her Jalisco outfit. 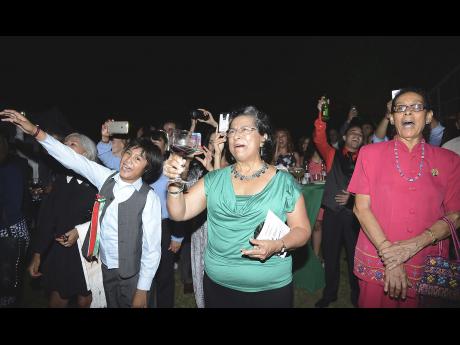 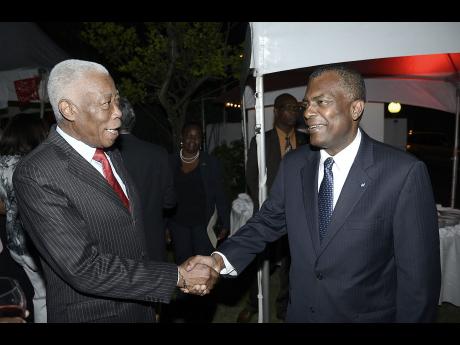 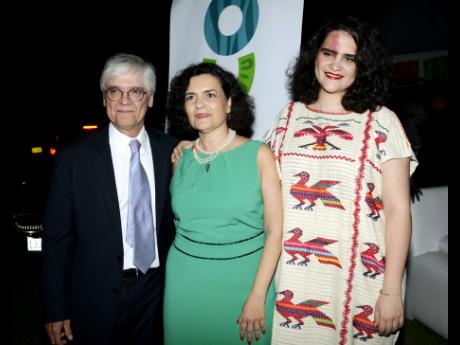 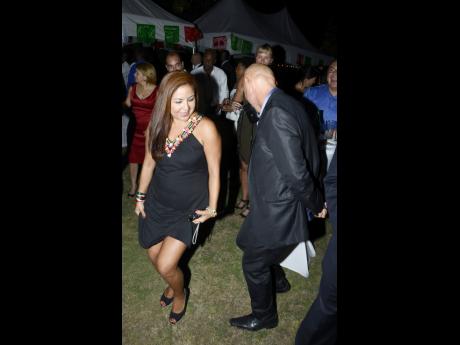 Aurora Sanchez and Diodora Morino were not afraid to shake their legs as the mariachi band kept the party vibes high. 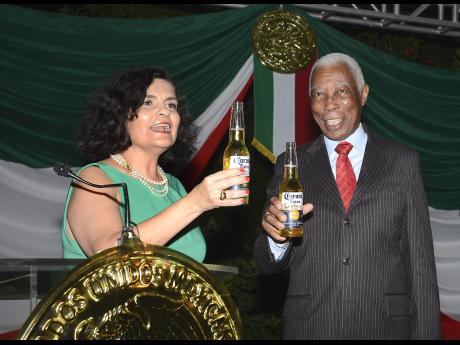 While celebrating with the Mexicans, do it their way! Mexican ambassador to Jamaica Cecilia Jaber and Minister of Foreign Affairs and Foreign Trade A.J. Nicholson raise their Corona beers to toast the country’s 205th anniversary of their independence.
1
2
3
4
5
6
7

No one knows how to party like the Mexicans - and this was evident during their recent independence celebrations.

According to Mexican Ambassador to Jamaica Cecilia Jaber, the anniversary of the nation's independence is more than just a date on the calendar; it's an opportunity to share the Mexican way of life, culture, and heart with the rest of the world. All that, and much more, was on display at a gathering on the expansive lawn of the ambassador's Cherry Gardens, St Andrew, residence on Tuesday night to celebrate Mexico's 205th year of independence.

The colours of the Mexican flag (red, white, and green) were tastefully woven into the decor at the venue, setting the tone for night. The ambassador welcomed one and all to what was her first time celebrating her country's independence in Jamaica. Having arrived in May, she noted that there were many similarities between where she grew up in Mexico and Jamaica. She said that the natural beauty of Jamaica and the kindness of its people had already captured her heart.

She said Jamaica and Mexico were friends and partners, outlining a number of areas in which both countries have cooperated, including agriculture, tourism, and health. This year, four Jamaican students will start programmes in higher education at institutions in Mexico.

Jaber was, however, quick to point out that it was not a night for long speeches as she wanted to tantalise the taste buds of all present with her country's cuisine. But before everyone could indulge in the expansive fare prepared by the chefs from the Mexican hotel, Moon Palace Jamaica Grande Resort and Spa, the ambassador and Minister of Foreign Affairs and Foreign Trade A.J. Nicholson raised their bottles of Corona beer to toast her homeland.

Nicholson hailed those who fought for Mexico's freedom, which, he said, was gained through sacrifice. He also hailed the 49 years of constructive and strategic partnership between both countries and assured Mexico that Jamaica's Reggae Boyz would soundly beat them in their next football meeting.

The ambassador then recited The Grito de Dolores (Independence Cry) that was delivered by Miguel Hidalgo y Costilla on September 16, 1810. As she waved her nation's flag, every phrase received an emphatic response from the Mexicans in the crowd.

With the formalities over, the mariachi band, Orgrullo de Jalisco (Pride of Jalisco) took to the stage and had everyone singing and dancing as they made their way through the crowd, passing the microphone around to emphatic and enthusiastic revellers.