Survival of the fittest at Guardsman Games 2017 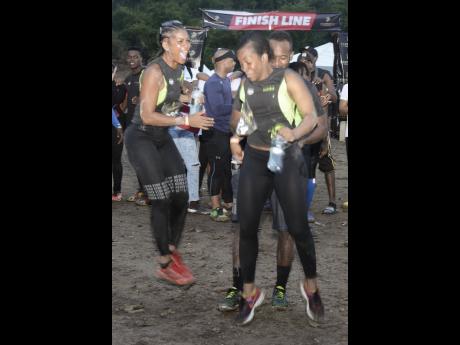 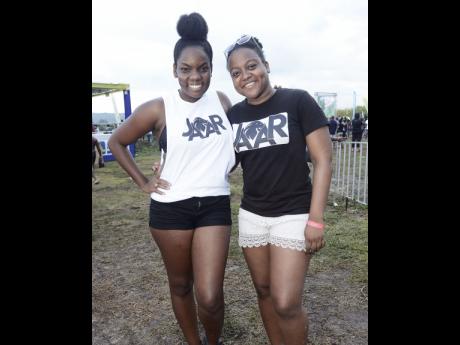 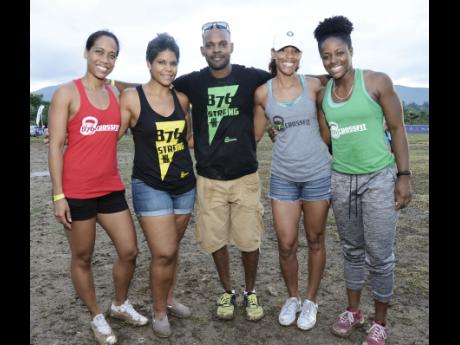 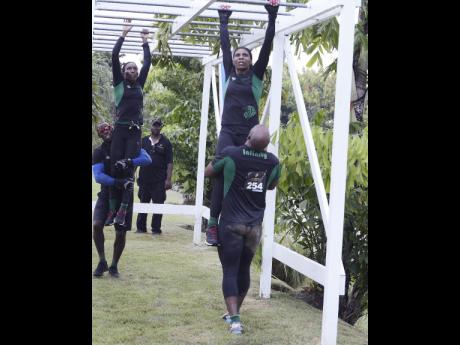 Ian Allen
Second-place winners Marksman Infinity is all about teamwork as they fight to the finish. 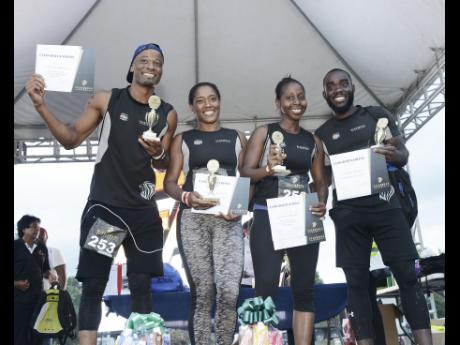 Ian Allen
From left: Ferhandi Henry, Anakay Ballentine, Jeneille Greenland and Roy Fagan of Team JAAR show off their best smile after collecting their third-place trophy and cash prize of $80,000. 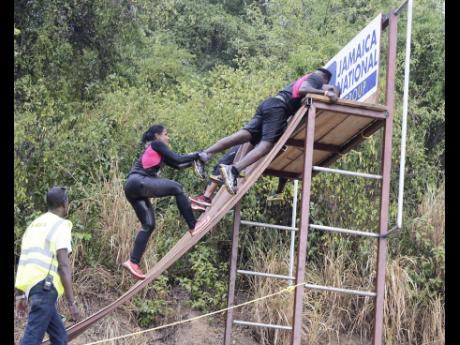 Last weekend's Guardsman Games was one of survival of the fittest, as 10 teams fought through blood, sweat and tears to earn bragging rights and the prizes that came along with being named champion of Jamaica's first live reality competition at the Hope Zoo.

The gruesome obstacle-course race (OCR) and team-challenge event took place in the space of two days - the semi-finals on Saturday, where four teams were eliminated, and the finale on Sunday, where individuals from the Guardsman Challenge had a go at a 6km course through rugged terrain and obstacles.

As many gathered to cheer on their favourite team at the second staging of the games, the rain came down in torrents and the mud got thick. But this did not stop the final six teams - Infinity, JAAR, SportsMax Spartans, SportsMax Dynamics, C & S Warriors and 876 Crossfit which muscled up and dug deep to push to the finish line.

After extensive teamwork at the obstacle-course relays that included rope climbing, tugging themselves across the lake in a boat, monkey bars and climbing walls, the team deemed the fittest gained the title of Guardsman Games Champions.

Completing the challenges with a time of 25:02, team 876 Crossfit iDrade of Chad Hammond, Stephanie Graham, Allistair Thomas and Neckeisha Walcott came out victorious, winning a cash prize of $240,000, and a round trip with American Airlines, among other prizes.

Second was Marksman Infinity with a time of 25:15, followed by the team JAAR.