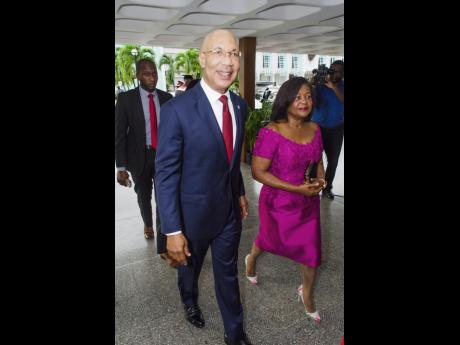 Shorn Hector
Sir Patrick Allen and his wife Lady Allen entering the Assembly Hall at the University of the West Indies, Mona campus, for the event. 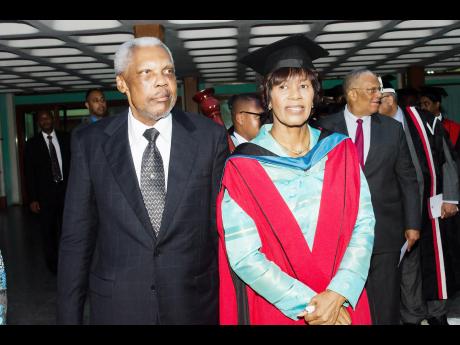 Shorn Hector
Dr Portia Simpson Miller walking side by side with her husband, Errald Miller. 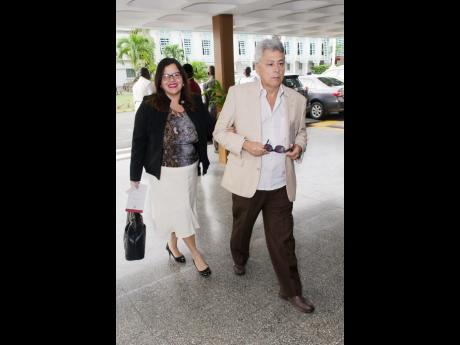 Shorn Hector
Luisa Gutierrez, chargé daffaires of the Venezuelan Embassy and her husband Luis Felipe Bellorin showing their support at the conferment of the Honorary Doctor of Laws degree on Portia Simpson Miller. 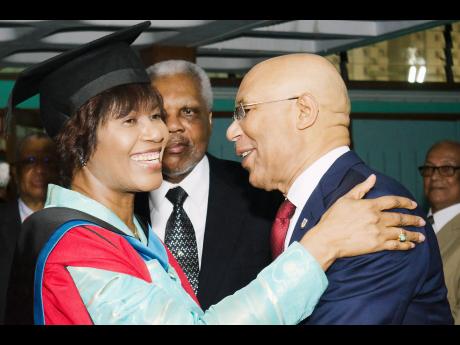 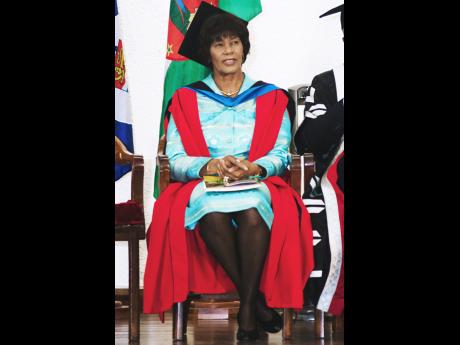 Shorn Hector
From 'Mama P' to 'Dr P', Portia Simpson Miller radiates elegance and poise as she makes the transition from politician to doctor. 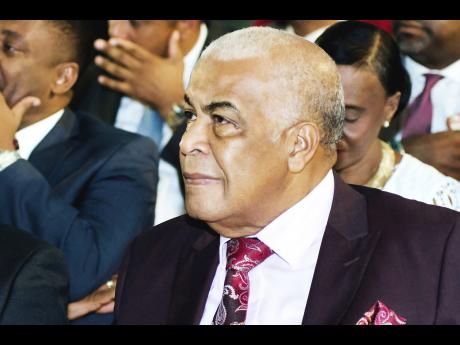 Shorn Hector
Former chairman of the People's National Party Robert Pickersgill, was out to support his fellow comrade.
1
2
3
4
5
6

There is nothing quite like the strength of a woman. That was the dominant sentiment at the special convocation for the conferment of the Honorary Doctor of Laws degree, on former Prime Minister Portia Simpson Miller.

The inclement weather could not deter the formal proceedings from taking place as many turned out to celebrate the grand occasion with the honouree. Draped in sky blue and red, Simpson Miller stood tall and exuded pride as she walked in to take her seat.

After the warm welcome, Simpson Miller was lauded by senior lecturer and head of Department of Literatures in English, Michael Bucknor, in his capacity as public orator for the proceedings. He praised her for being not only a politician extraordinaire, but a woman of elegance, kindness, tenacity, street smarts and charisma.

In her address, Simpson Miller expressed gratitude for the honour, noting that it was also a celebration of Jamaica and its vibrant people. She noted that she was grateful to have been provided with a platform for equality and social justice, which are related to her passion for the advancement of women, protection of children, and Caribbean integration. "I wanted to do more. The Jamaican dream has not yet been realised, but I've fought a good fight and I've finished my course," she said.

Simpson Miller declared that she has run her leg of the relay in the political race, further highlighting that a tidal wave of positive political change is inevitable. She said she was thankful to the university, and ready to share her knowledge. She closed her speech with blessings and love to her people, and a bow, which was met by a standing ovation.