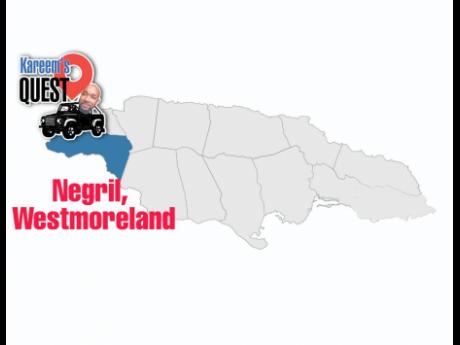 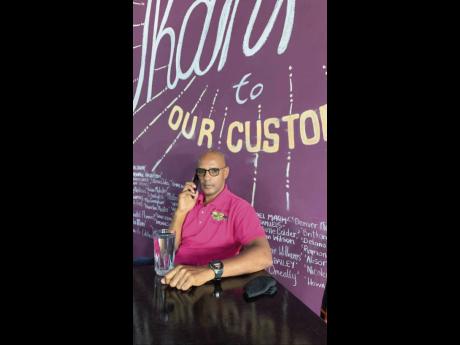 Contributed
Dwight is a Jack of all trades who loves music as well as Jamaican history. 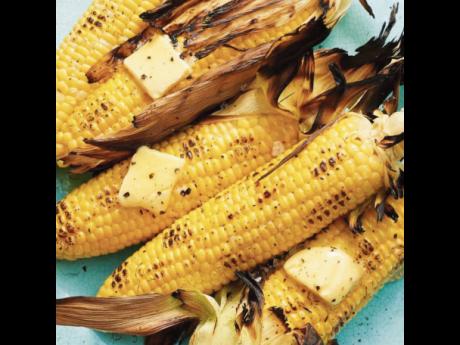 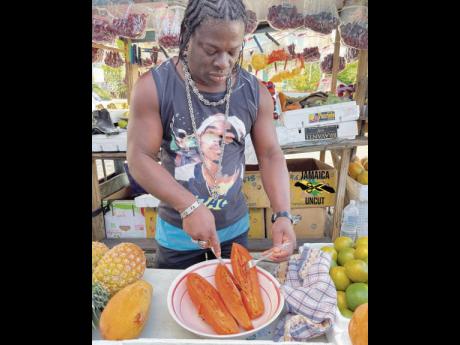 Whenever I get the time to sit down and scroll through social media content, I am always looking for images and videos of Jamaica. I find that our landscape has so many characteristics, whether it is our white-sand beaches or the colourful skin of our wide variety of fruits. Most of the time, the videos that would catch my attention all had one in common, the social media handle @Jamaica_Uncut.

At first, I saw hidden gems in Williamsfield, and Petersfield in Westmoreland. The narrator, Dwight Jackson, would walk around, using the rear camera to give a description of the various places. Interested to learn more, I reached out to him to find out how his hobby started.

We met in Negril by a prominent reef and exchanged salutations, while observing a glass-bottom boat idling near the coastline. Being a home-grown resident from Orange Hill, Jackson signalled to the captain, who he knew, and asked if we could use his boat for the interview.

“Roger!” he yelled. “This is my bredren from Kingston. Come wi show de town man how wi move around out west.”

Roger then navigated his blue-and-white boat as close to the reef as possible. We embarked and began chatting.

I confessed to Dwight that I use his videos to learn about Westmoreland, as it’s a parish I don’t get to visit very often.

To which he jokingly responded, “It’s not only you, many persons tell me that all the while.”

He continued, “Growing up in the country, I used to tie goats and play in the bushes with friends. So I wanted to recapture that and share it with the world. So I would go to all these places and show the content to the world, and the diaspora loved it.”

While swapping childhood stories, Roger decided to turn off the engine. He was beginning to enjoy the conversion and gave several nods of approval.

Jackson continued by emphasising that it was the Jamaican culture that grew his platform. “People just wanted to see Jamaica. The roast breadfruit, the fruit vendors, the man coming from his farm, riding his donkey. These are the things that viewers love.”

He does admit that it can get overwhelming at times, as he has a demanding nine-to-five job as a maintenance manager at a prominent hotel. “At any time, something can go wrong on property, so even when the job ends, I still have to be on call. This often means that I have limited time to shoot videos, so I have to use my days off very wisely.”

Despite these challenges, Jackson reassures that the sacrifices are worth it, as he meets many kind-hearted Jamaicans whenever he drives through various districts. “Sometimes I go to some places where I can’t find my way back and the GPS doesn’t work. I have to rely on the community residents to assist me, and I am always so pleased to see how eager they are to guide me.”

At this point, he paused, then emphasised, “Kareem, Jamaican rural people are some of the kindest people I have ever met. Dem will give you the last coconut on the tree!”

The next project for him is to explore the inner parts of Hanover, as well as highlighting many of the street vendors. While talking, the seawater got a little choppy and the boat began to rock more frequently, which was causing us to develop motion sickness. As a result, we asked Roger to take us back to shore, where we sat for a while before leaving to head to our separate destinations.

Who is it for: Jamaicans who like to go down ‘memory lane’.

Tip: Do some research if you plan to visit some of the places Jackson highlights. Some of these areas have inhabitants that are very private and might be hesitant to welcome outsiders.

What stands out: His page has extensive content on many of Jamaica’s churches.