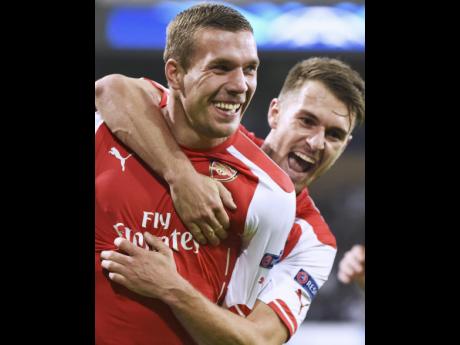 In the second match of the double-header, in Group I, Charlie Smith and Innswood High played to a

1-1 draw. Chevon Crooks scored for Charlie Smith in the 19th minute, while Akeem Gibbons equalised for Innswood in the 43rd.

Raffique Bryan (13th) and Allando Brown (38th) were the goalscorers for the Miguel Coley-coached JC, who are unbeaten this season. Chevon Bryan scored the opening goal of the game for Holy Trinity in the ninth minute.

"It wasn't a tough game, but I think we made it tough by not doing the right things in the right areas," said Coley. "However, I am happy for the three points, but I think we were a bit lethargic. We didn't look motivated at all and this is something that we have to look at going forward."

He added: "This is a good way to start the second round, but our attitude and application need to improve."

"Poor officiating cost us in this game," said Anderson. "We went one goal up and the first goal that JC scored broke our backs, and so we are very disappointed."

The speedy and skilful Crooks stunned the champions when he arrived at the back post to side-foot home a well-measured cross from Tevin Rochester past goalkeeper Courtney Dowdie.

Bryan pulled JC level four minutes later, when he took a pass from his captain, Junior Flemmings, inside the 18-yard box, then turned away from his marker to fire home from 10 yards past custodian Sean-Dean Daley.

The JC team dominated the remainder of the first period and

doubled their goals when Brown headed home a left-sided cross from Sheldon McKoy past Daley, which proved to be the game-winner.

Holy Trinity looked the better team in the second stanza as they created several scoring chances. However, they were kept at bay by a very organised JC defence. JC also created a number of chances, but poor finishing let them down.