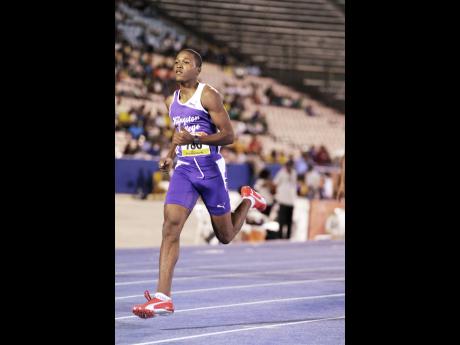 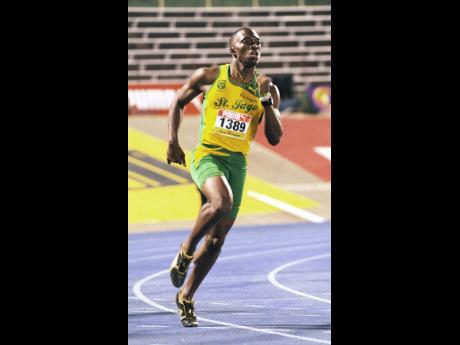 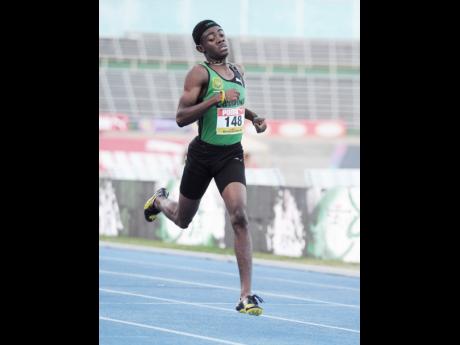 You could hear a pin drop inside the National Stadium at times yesterday as a few athletics loyalists sat under overcast skies to witness the first blocks being laid on the opening day of the ISSA-GraceKennedy Boys and Girls' Athletics Championships.

Things only truly got under way today, with four finals set to be contested, as the mad rush for points gets into high gear.

The boys' Class One 400m is one of the most eagerly anticipated events at this year's championships, with the form of Bloomfield, who recently ran 45.41, and Crooks, as well as St Jago duo Manley and Allen, setting up a mouth-watering finale.

All four won their heats and booked their places in Friday's semi-finals yesterday - Bloomfield closing down with more than 100m to go to post 48.11, Crooks bouncing comfortably to 47.22, Allen easy in 48.22, and Manley comfortably registering 48.23.

Taylor, who just a few weeks ago became the fastest ever 15-year-old in the 400m in the world with a 45.69 seconds run at the Carifta Trials, covered the field in his first few strides, took control at the beginning of the backstretch, and, perhaps with one eye on the meet record (46.64), powered home to win his heat in 47.25 seconds.

The wiry Taylor qualifies to the next round as the fastest of the lot, but there's clearly much more to come from the Class Three champion and record holder from last year.

His teammate, Anthony Carpenter, had plenty in reserve and was next best, winning his heat in 48.34 seconds. Other top qualifiers included STETHS's Leonardo Ledgister, 49.76; Kingston College's Tyreke Bryan, 49.74; and Munro's Romel Plummer, 49.78.

Tajai Jackson (Calabar) is the fastest qualifier from the Class Three 400m after crossing the line in 51.91. Tajay Broomfield (Holmwood), 51.92, while the other Calabar man Evaldo Whitehorne, 51.95, also set the pace.

The smooth-hurdling Janeek Brown (Wolmer's) was the fastest across the line in qualifying for the next round of the Class Two girls' 100m hurdles event, winning her heat in 13.82, the same time as Glengoffe's Trishauna Hemmings, with Safiya Thompson (St Jago), 13.92, being the only other qualifier below 14 seconds.