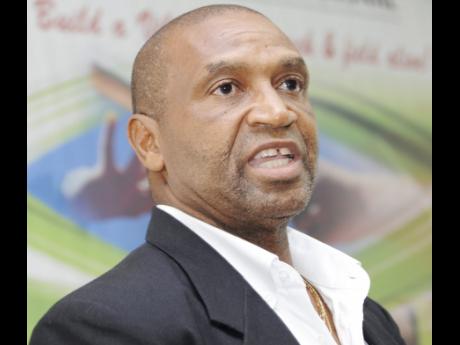 Ludlow Watts, manager of Jamaica's team to the IAAF World Championships in Athletics, defended the Jamaica Athletics Administrative Association's (JAAA) selection of Rasheed Dwyer to the team, while explaining the exclusion of quarter-miler Ricardo Chambers.

Watts explained that Dwyer, who finished fifth in the 200m final at the JAAA/Supreme Venture Limited National Senior Championships and out of the automatic qualifying spots for his pet event, was added as a member of the 4x100m pool as a replacement for Andrew Fisher, who effectively gave up his spot after defecting to Bahrain.

Chambers, who had battled his way back from years of injuries and setbacks, crossed the line in third place in the men's 400m final at the JAAA/Supreme Ventures National Senior Championships, which serves as the primary selection method for the World Championships.

The athlete celebrated what seemed an automatic spot in the individual 400m, with the JAAA selection policy making provision for the top-three finishers with IAAF qualifying standards as representatives in individual events.

However, Chambers was later disqualified for a lane violation, promoting Peter Matthews to the third and final automatic individual spot, with Edino Steele, Jonia McDonald and Dane Hyatt also promoted to the fourth - sixth positions.

All three were, as a result, named as members of the 4x400m relay pool, with Chambers - who posted the third fastest time by a Jamaican this year (44.93) at the NACAC Championships recently - and a number of observers expressing surprise at his exclusion from the squad.

"In the case of (Rasheed) Dwyer, there was a clear vacancy because we had six places for the (4x100m) relay pool, but ended up with only five athletes because one person who had qualified in the top six at trials, (Andrew) Fisher, is looking to represent another country, so that left us with five athletes and a clear vacancy in the 4x100m," Watts told Gleaner Athletics. "Based on the entry, you could not have gotten anyone else on the team unless it was someone for the relay pool."

He added: "In the case of (Ricardo) Chambers, there was no scope for him to get in because they already selected six athletes for the 4x400m pool, so he could only have been named to the squad if someone withdrew," Watts explained.

"Athletes placing in the first four positions in the 100m and 400m will be named to the relay pool. The remaining members of the relay pool will be selected by the JAAA Selection Committee.

"As mandated by the IAAF, athletes who are selected to run individual 100m/400m are automatic members of the relay pool."

Dwyer, who is coached by technical leader Maurice Wilson, also has wildcard considerations, having won the 200m at the just-concluded Area championships, the NACAC Open Champs in San JosÈ, Costa Rica.