One last fling in Rio? 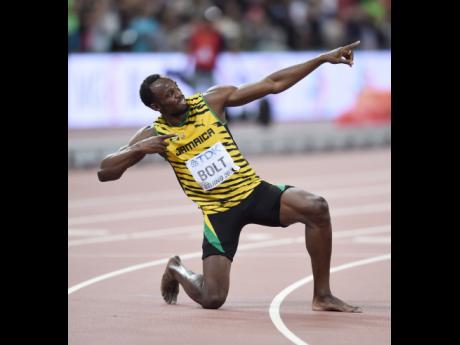 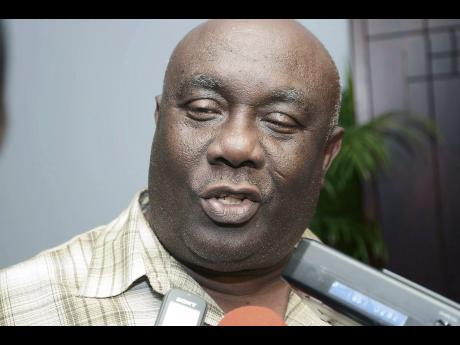 
It wasn’t quite the dominant display of seven years ago, but the triumphant return of sprint king Usain Bolt to the scene of his coronation - the Bird's Nest, has left coach Glen Mills with a big smile on his face and work on his hands, as he looks to make the world’s fastest man fast again, with a sub-19 seconds 200 metres and more Olympic glory topping the ‘To Do’ list.

The veteran coach is not spending too much time celebrating his charge’s triple gold medal success at the just concluded IAAF World Championships in Beijing, China, having already turned his attention to the next assignment - the big one; the 2016 Olympic Games in Rio de Janeiro, Brazil, where he expects Bolt to make his final, telling contribution to the sport and his legacy.

The objective is to get Bolt back to optimal levels and prepare the Jamaican sprinter for one last assault on history, one last shot at his world records - but it won’t be easy and as Mills admitted, it's getting more difficult for Usain to bolt.

Bolt, rebounded from an unconvincing start to his season to claim the sprint double in Beijing with times of 9.79 and 19.55. He also anchored Jamaica to a 37.36 win in the 4x100m relays. As Mills explained, it didn’t come easy for the now 11-time World Championships gold medal winner.

“The difficulty was in him being able to train effectively. Every time we reached a point, his problems came back and he had to take time off to go to Germany; I think this year is the most he has ever been to Germany because that is where he goes to get his treatment because of the scientific machines and expertise that they have there,” added Mills. “I don’t remember the exact amount but it is at least twice the normal amounts so that indicates how much difficulty he had and every time he travelled he lost almost a week or two of training, so it was an up and down roller coaster ride.”

Mills admitted that its getting tougher to get Bolt to reach his top level as his legs begin to wear and his much documented scoliosis issue becomes worse.

“Going forward we are going to try change a number of things. Bolt is 6’ 5” and over 200 pounds with that kind of body type, plus he’s been at the top level for more than eight years and to maintain that level for so long brings serious wear and tear on his body. When you add the fact that he has a severe case of scoliosis which has implications on his  sacroiliac (SI) Joint and his whole biomechanics. As you get older the effects begin to kick in more.

“We are going all out to give the Olympics one last fling and after that retirement beckons (for Bolt). If he gets through this Olympics I don’t think he will be able to continue at this level because you can see that it's now beginning to affect him more than before,” said Mills.

“Bolt is probably the greatest talent in sprinting that he world has ever seen but that said, getting him to be able to perform at his best level has its challenges. It's like there is diamond in a particular area but to get to it or to get it out, there are a lot of dangers to be encountered.

“When we got him, he was broken, we spent time fixing him and developing him into the athlete that he has turned out to be. In 2007 when he came second, then 2008, 2009 and 2012, those were glory days but in between those, especially after 2009 it has been an arduous climb, because coming out of the background work most years, by January even before we start sprinting he has to go to Germany to work on his SI Joint and his hip, calf, his back - all of this has to do with his scoliosis. We have to work within the limits that the doctor gives us,” added Mills.

“Many days he is out there training, he is in a lot of pain but because we are running out of time, it's either we call it a season or he pushes through. A lot of times when I say ‘Ok that’s enough’; he says ‘No I can do one more, I can bear it.’ He has a strong pain threshold so when he says he can’t I know that it's really bad, he’s tough in his own way and determined and a lot of that has helped him to overcome the difficulties,” Mills shared.

Another thing that keeps both gentlemen going is the drive to see the sprinter lower his own world records, especially his 19.19 200m mark, which Mills believes is more realistic, but only if Bolt’s preparation is relatively uninterrupted next season.

“I’d love to see it again (world record), I don’t think it's out of the realm of possibility but he needs to stay healthy, significantly long enough to be able to train the way he needs to train in order to achieve those performances. He wants to run sub-19 before he goes and we will try for it,” said Mills. “He doesn’t speak about the 100m (9.58) because it will be much more difficult for him to run that 9.58 but it is possible for him (200m world record).”

A sub-19 200m? That will certainly require some 'bolting', but who is going to doubt the big Jamaican this time?