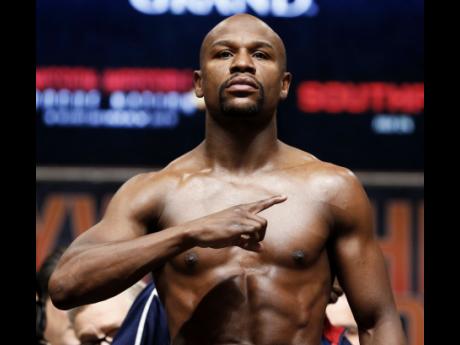 Digicel SportsMax yesterday secured broadcast rights for the Floyd 'Money' Mayweather Jr vs Andre Berto fight this Saturday, with coverage of the undercard bouts beginning at 7 p.m. and the main fight at 10 p.m.

The Digicel SportsMax Fight Night, presented by Fight Sports TV, is being dubbed 'The Final Showdown', with the pound-for-pound king Mayweather declaring that the fight will be his last.

It comes on the heels of his last bout in May against Manny Pacquiao - which racked up record viewership around the world - that further added to his massive net worth by more than US$400 million.

Mayweather is set to leave the ring for good, either with a bang or suffer his first defeat of his career, at a capacity MGM Grand in Las Vegas. If he wins, the 38-year-old's record will equal that of Rocky Marciano, who retired from the sport undefeated.

Berto who was born in the United States but has deep roots in Haiti, started his career with 27 straight wins and was once regarded as one of the most exciting young talents in the world.

Although he has previously held the Championship title, Berto is still considered the underdog, after suffering from numerous career setbacks. With nothing to lose and having professed to being in the best shape of his life, Berto declared he will be coming after Mayweather with everything he's got.

A win for Berto would be the biggest upset in boxing history.

"This could be the last fight of the biggest name in boxing in the last decade and fans are all waiting to see how 'Money' Mayweather will bring his legacy to a close. We're really excited to be able to show the bout exclusively and are looking forward to an exciting 'Final Showdown' with the pound-for-pound king," said Tanya Lee, Digicel SportsMax Caribbean marketing manager.