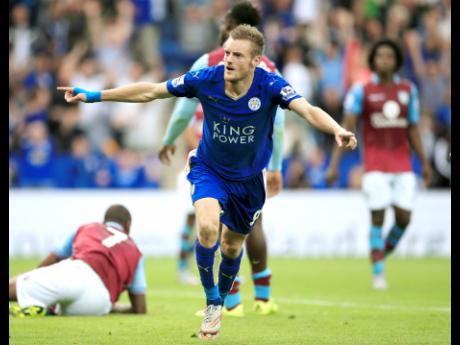 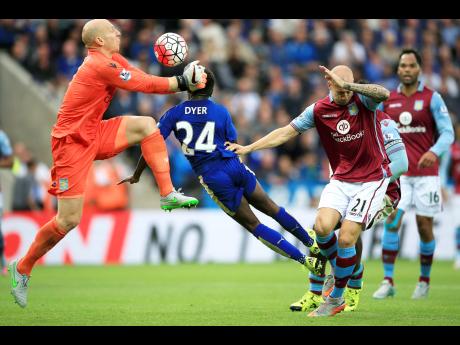 Leicester City fought from two goals down in the last 18 minutes to beat Aston Villa 3-2 yesterday and maintain their stunning start to the Premier League season.

"Fantastic, fantastic, spirit and good character," Ranieri said. "At 2-0, I watched my players, and they believed everything was possible. You can lose, but you have to believe that anything is possible.

"I told the players I have a lot of experience, but this group is fantastic. We have to play every match in this way."

Superb goals from Jack Grealish and Carles Gil had put Villa in command. But Richie De Laet began Leicester's comeback in the 72nd minute with a headed goal awarded thanks to goal-line technology.

Jamie Vardy dragged Leicester level with a close-range finish, and Nathan Dyer won it in the 89th, heading in while being flattened by goalkeeper Brad Guzan. Dyer remained on the field for a couple of minutes, but eventually got to his feet.

"Until I got up and the ref said 'You've scored' I didn't know," Dyer said. "I was watching the ball all the way, but it was a nice feeling to score. I was just dazed."

Grealish spurned a terrific chance to give Villa the lead midway through the first half when he steered his shot straight at goalkeeper Kasper Schmeichel. But when presented with a similar opportunity just before half-time, the 20-year-old midfielder did not make the same error.

Leicester struggled to clear a corner, and the ball bobbled around a crowded penalty area before breaking to the edge of the box, where Grealish curled home a right-footed shot beyond Schmeichel.

Villa extended their lead in the 63rd minute against the run of play. Gabriel Agbonlahor broke free down the left and played a square pass to Gil, who guided a curling shot around defender Robert Huth and back into the top corner of the net from 22 metres.

But De Laet halved Leicester's deficit with a near-post flick from Riyad Mahrez's corner. It looked like it might have been headed safely off the line by Ashley Westwood, but goal-line technology alerted the referee that the ball had crossed.

With eight minutes to go, Mahrez's mazy run forward set up Danny Drinkwater, and his low cross was poked home by Vardy.

Dyer then got between two Villa defenders to head home the winner.

In yesterday's other game, Ryan Mason scored to give Tottenham their first win of the season, a 1-0 victory that left Sunderland still winless.