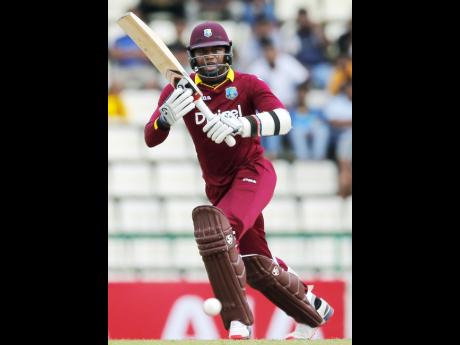 West Indies middle order batsman Marlon Samuels missed out on another half-century but has again led Comilla Victorians to another victory in the Bangladesh Premier league here on Friday.

Samuels slammed an unbeaten 42 from 24 balls as Victorians coasted to an easy nine-wicket win over Rangpur Riders in the 11th match of the tournament at the Shere Bangla Stadium.

Riders, sent in to bat, were bowled out for 82 in their 20 overs with West Indies opener Lendl Simmons scoring three runs and Sunil Narine picking up a wicket for 16 runs from his four overs.

Samuels hit eight fours and a six and built a 55-run second-wicket partnership with Imrul Kayes as Victorians cruised to victory at 84 for one.

Samuels, who also took a catch to dismiss opener Soumya Sarkar for five, one of Nuwan Kulasekara's four victims, was voted man of the match.

He is now the second-highest scorer in the tournament with 142 runs, sitting 12 runs behind tournament leader Tamim Iqbal of Chittagong Vikings.