Hat-trick on his mind 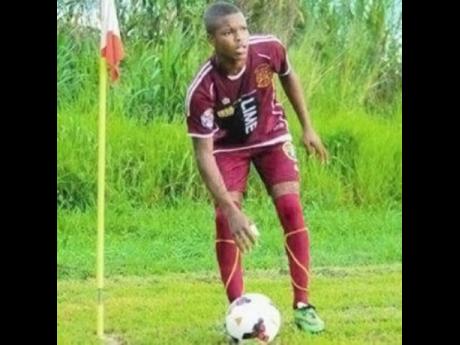 Scoring a hat-trick in today's daCosta Cup final is uppermost in the mind of Dinthill Technical's striker Rodave Murray.

"Winning the title with this team would be an amazing feeling, but scoring a hat-trick in the final, plus winning, would be extraordinary. That is what I am focusing on at the moment," declared Murray ahead of today's showdown with St Elizabeth Technical (STETHS).

Such is the confidence of Dinthill's most prolific goalscorer this year, having netted 27 times so far. Murray has been their most dependable player and is noted for his high skill level.

He said he is aware of the threat STETHS pose to them lifting the title after a 34-year wait, adding that it's a final worth seeing, as his team is hungry and desirous of proving themselves worthy champions.

The wily 18 year-old forward has been a real threat to opponents all season, as his close controlling and dribbling skills make it a difficult task for defenders to stop him.

"I love to lead by example, so I work hard for the team, and with my goals, we are able to reach the final. Now (that) we are here, we are hoping to enjoy the moment, play good football and score to win," Murray said.