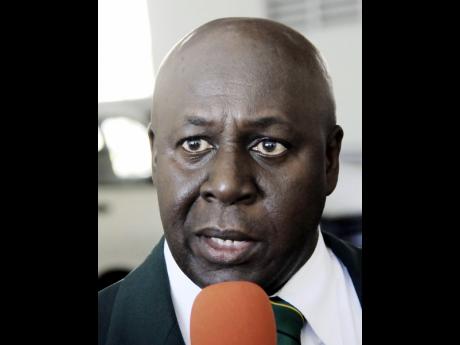 A winning start. That is the objective that is being echoed by Jamaica Scorpions coach Junior Bennett, as the team heads into battle today with defending champions and co-hosts, Trinidad and Tobago Red Force in the feature game of the opening round of the WICB NAGICO Super50 Tournament at Queen's Park Oval.

One of four matches on the day, the day/night Group A encounter, which can be seen on television network ESPN Caribbean, is slated to bowl off at 12:30 p.m. Jamaica time.

"We will be looking (for) a positive start, a winning start, as we don't want to play catch-up cricket," said Bennett.

"They are at home and we expect their fans to be heavily behind them. But we are not daunted.

"We have prepared well and our confidence level is good."

Beaten at the semi-final stage last year, the Scorpions will enter the encounter under the supervision of first-time captain, John Campbell.

The 22-year-old opener, a former West Indies Under-19 vice-captain, will be participating in his third Super50 and will be hoping to rise to the occasion, particularly as it relates to the batting unit.

The batting is fairly young with former captain and veteran, Tamar Lambert, the most experienced.

West Indies batsman Jermaine Blackwood is set to join the team after the first three of six group fixtures.

The Scorpions' bowling, in the meanwhile - in the absence of Jerome Taylor, who is also scheduled to join the team for the latter stages - will be led by left-arm fast bowler Sheldon Cottrell and ever-reliable left-arm spinner, Nikita Miller.

"It's a balanced unit, a little bit of inexperience, but a raw-talented one with a lot of potential," stated Bennett.

The Red Force, in the meanwhile, are bereft of their most established players like Jamaica, due to either West Indies or worldwide Twenty20 leagues.

The other matchup in Group A will see 2014 winners Barbados Pride against ICC Americas at the Sir Frank Worrell Cricket Ground.

Meanwhile, in Group B, which will be contested in St Kitts and Nevis, home of the Leeward Islands Hurricanes, the hosts will face Combined Campuses and Colleges Marooners at Warner Park, while at St Paul's, last year's runners-up Guyana Jaguars will meet Windward Islands Volcanoes.